The 2016 Asia Pacific Architecture Forum has opened in Brisbane with the unveiling of the Fugitive Structures pavilion designed by Vietnamese practice Vo Trong Nghia Architects.

The temporary pavilion, commissioned by the Sherman Contemporary Art Foundation (SCAF) in partnership with BVN, is the practice’s first project in Australia and the first time an Asian practice has participated in the Fugitive Structures program. The architect Vo Trong Nghia was recently named one of the world’s edgiest by the New York Post.

Made from bamboo, the pavilion’s scaffold-like grid structure is interspersed with elements of dense forest.

“I want to bring nature back to the city,” Vo said. “In Ho Chi Minh City, the population has reached nearly 10 million with only 5.35 square kilometres of green space – only 0.25 percent of the entire city. Vietnam’s unrestricted economic development has devastated the natural environment across the country. This is the problem architects need to solve.”

The pavilion has multiple entry points, allowing visitors and their children to walk and crawl through its spaces.

“[The pavilion] shares with Laugier’s primitive hut the condition of not having walls and not, in fact, giving adequate shelter,” described Sandra Kaji O’Grady in the exhibition catalogue published by SCAF. “Like the primitive hut, it has no surface or envelope, no entry or boundary. Vo’s Fugitive Structure feels like a fragment or a beginning that awaits completion, or, perhaps, the remains of something that was.”

Last week, ahead of the Asia Pacific Architecture Forum, the Museum of Brisbane unveiled the Living in the City exhibition, which explores nine Brisbane projects currently under construction, along with projects from Brisbane’s nine sister cities in the Asia Pacific region. The exhibition is co-curated by Cameron Bruhn, editorial director of Architecture Media, and Christopher Salter, deputy director of the Museum of Brisbane.

“Architecture can reveal the personality of a city and this exhibition shows how similar life is to our neighbours in the region – how we live, work and play,” Salter told The Courier Mail.

The exhibition features models, plans and 3D visualizations of projects including the Queensland Velodrome by Cox Rayner, a UQ student housing project by Wilson Architects and Partners Hill, architects in association, as well as the Shenzhen Affordable Housing Design in China by Hassell.

The 2016 Fugitive Structures pavilion is installed at State Library of Queensland from 1 March to 15 May 2016. It will then move to the courtyard of SCAF in Sydney from 8 July to 10 December 2016.

Living in the City is a free exhibition at the Museum of Brisbane on show from 19 February until 22 May 2016. 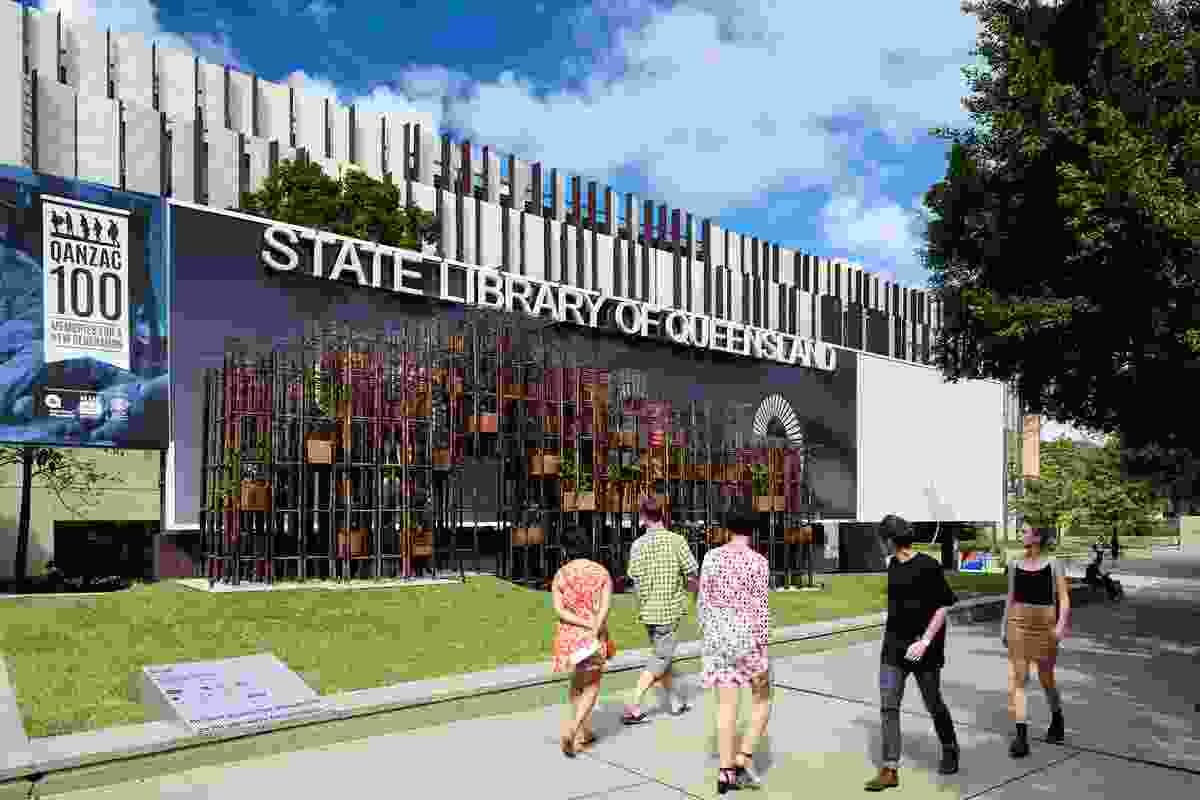 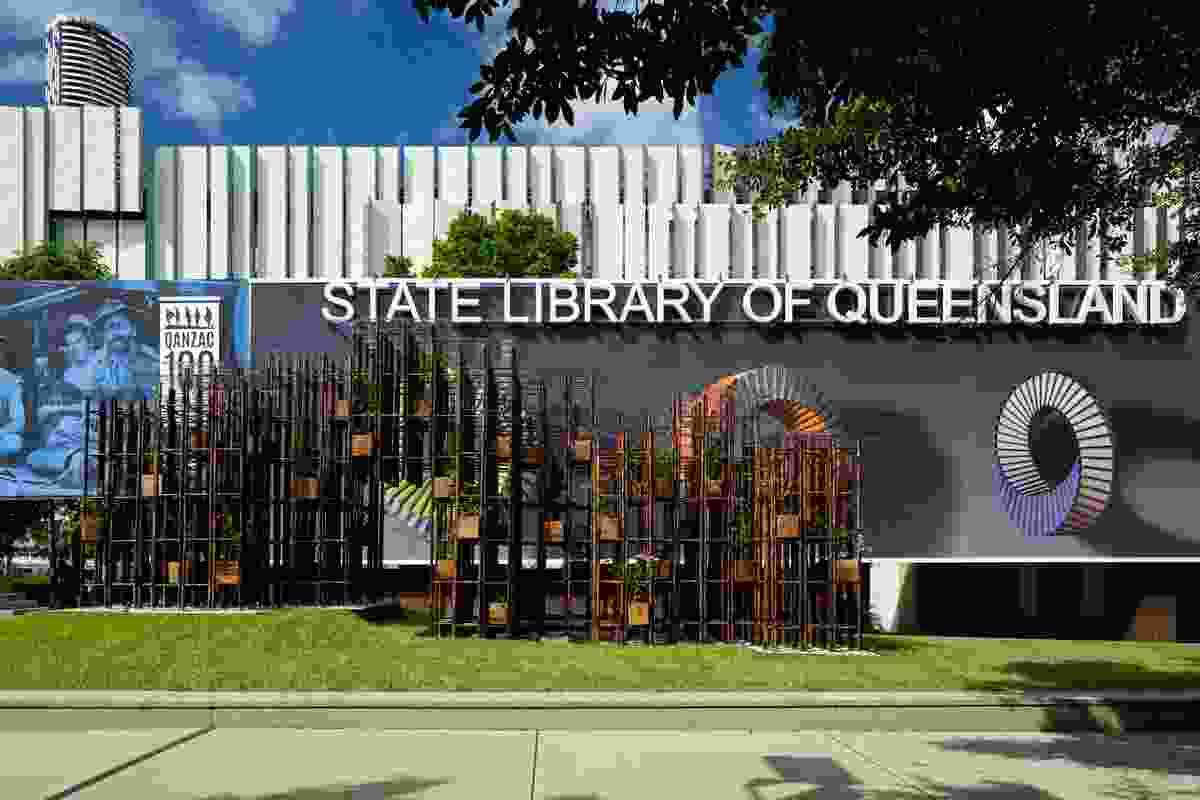 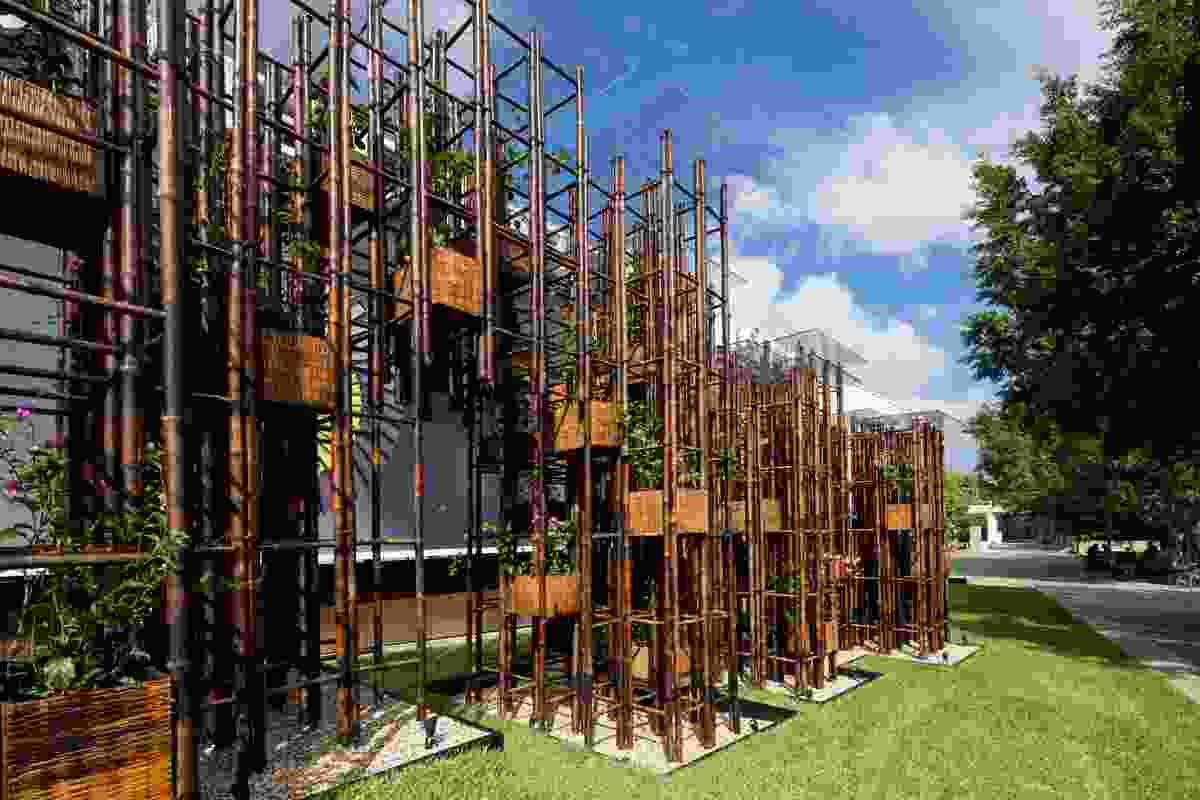 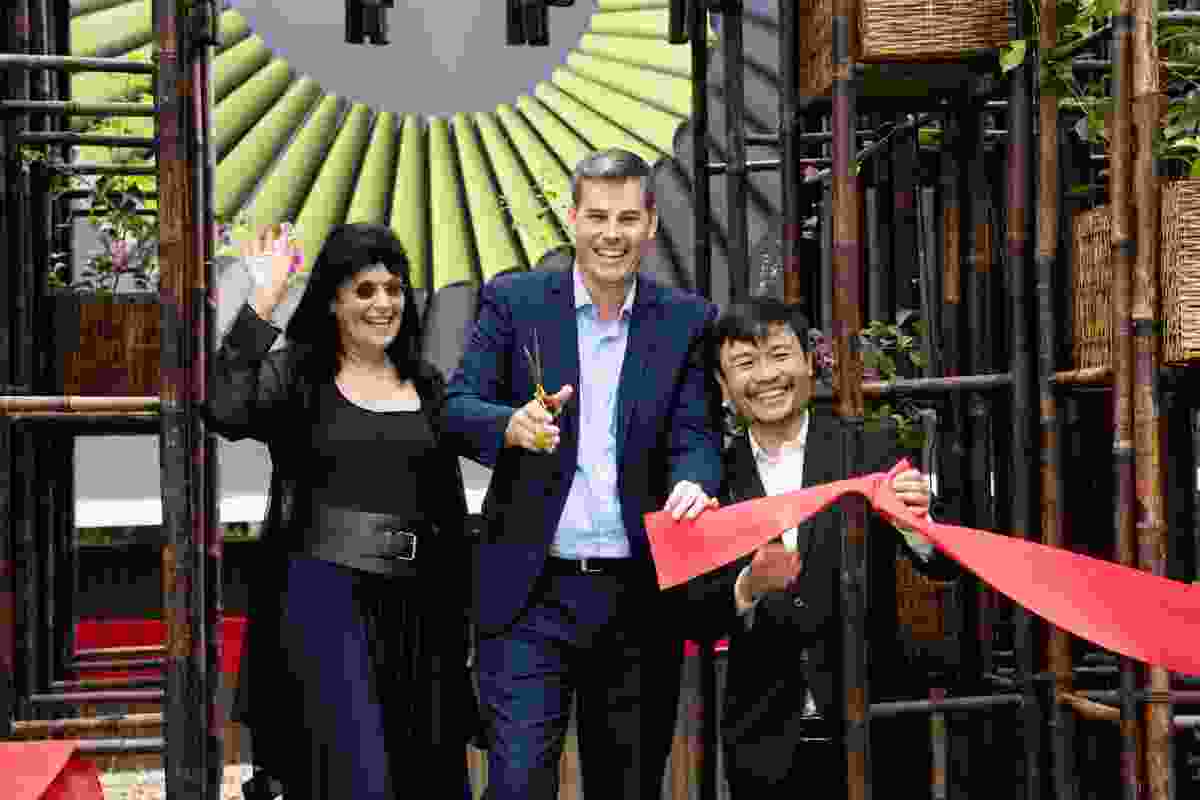 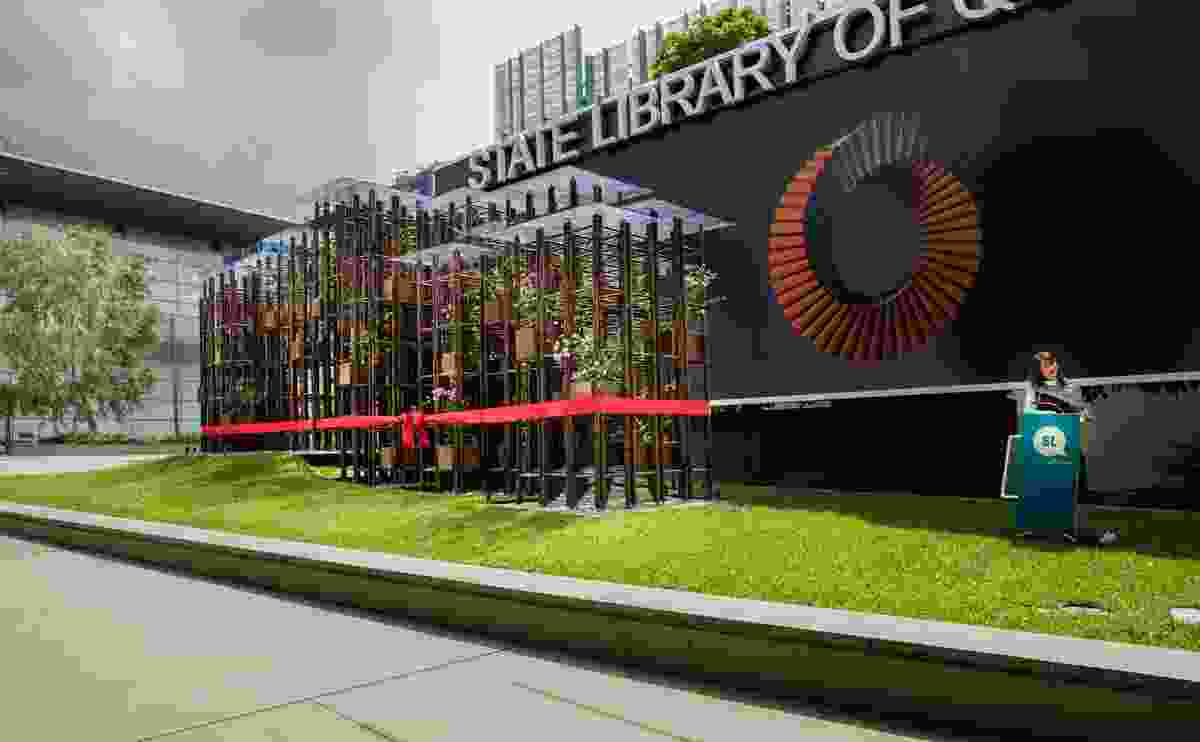 Sonia Cooper, Acting State Librarian and Chief Executive Officer of the State Library of Queensland speaking at the unveiling of Green Ladder. 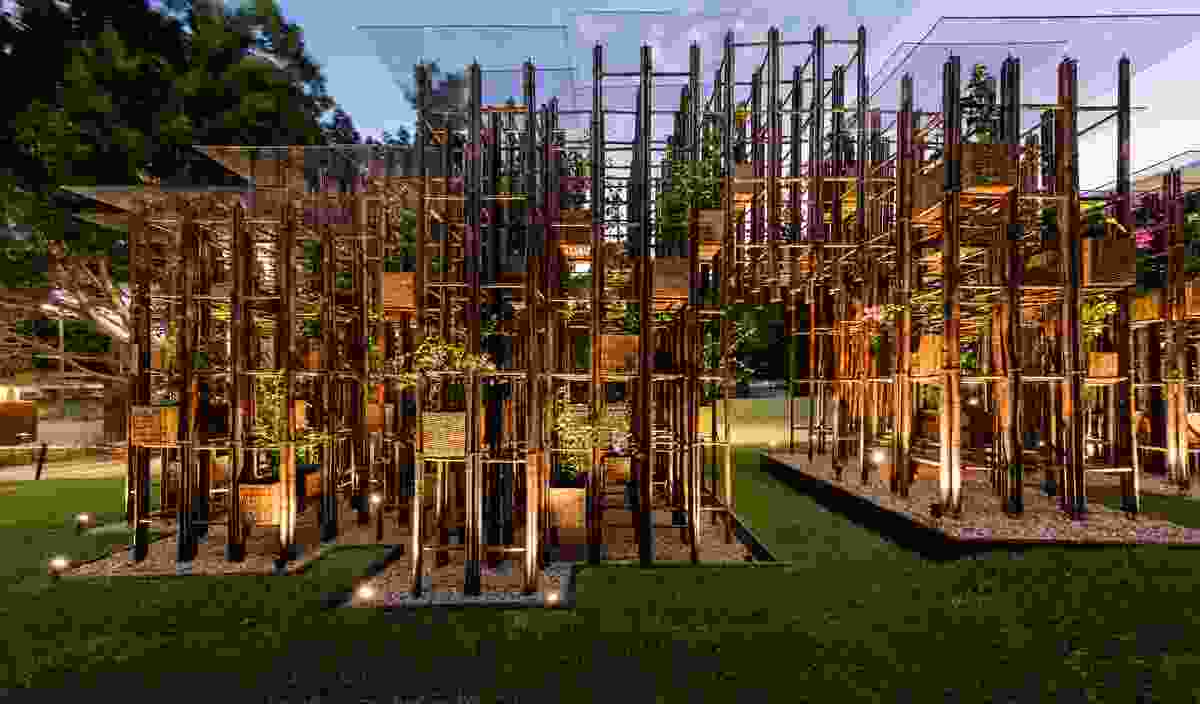 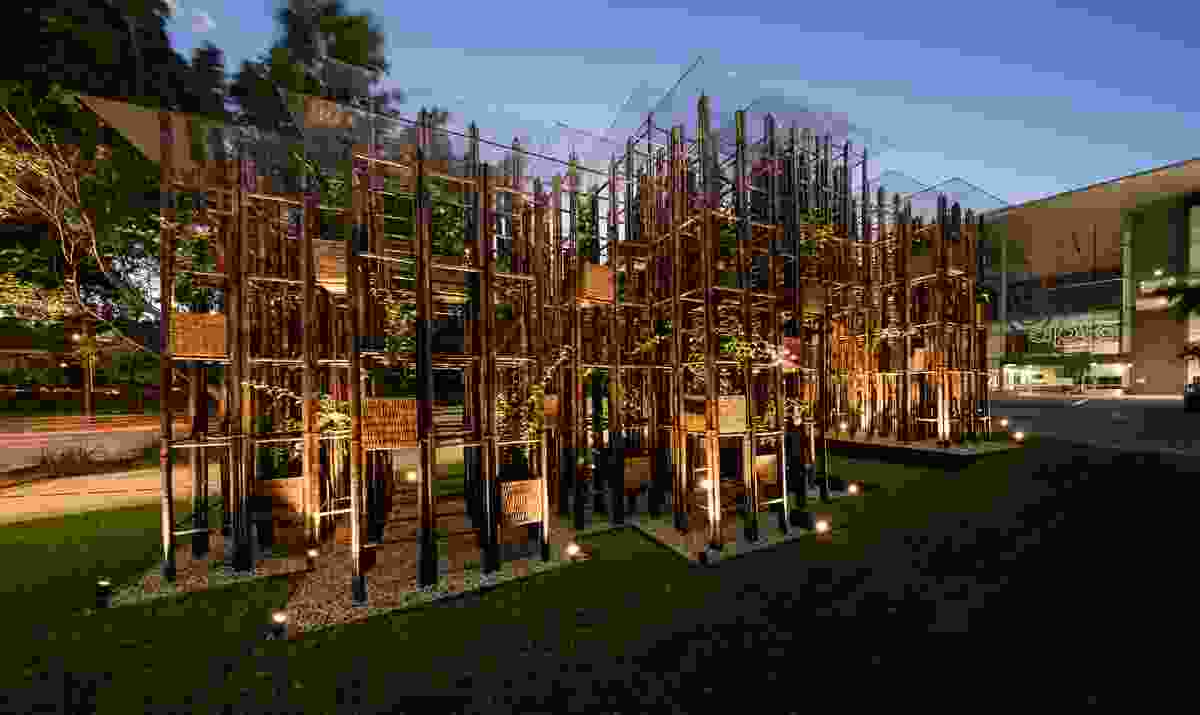 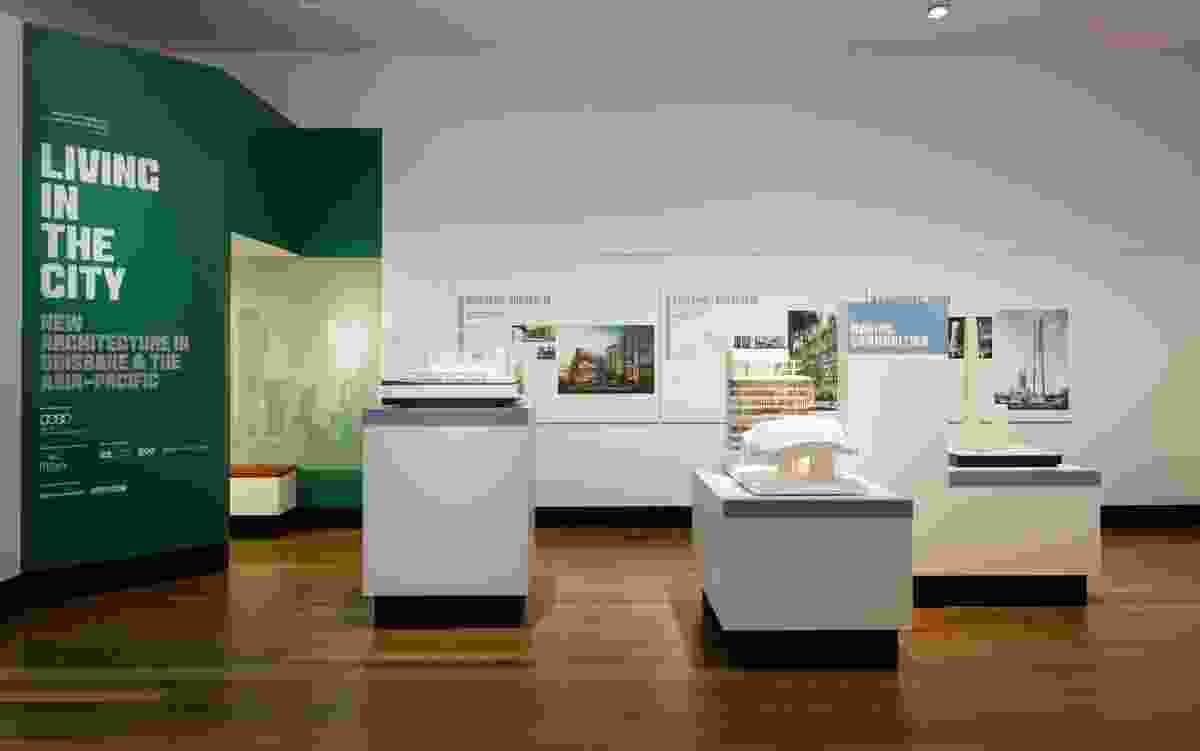 Living in the City exhibition at the Museum of Brisbane featuring models of Coorparoo Square by Conrad Gargett (left), 12 Creek Street, Brisbane City by BVN (middle), and the Chongqing IFC Tower by Woods Bagot (right). 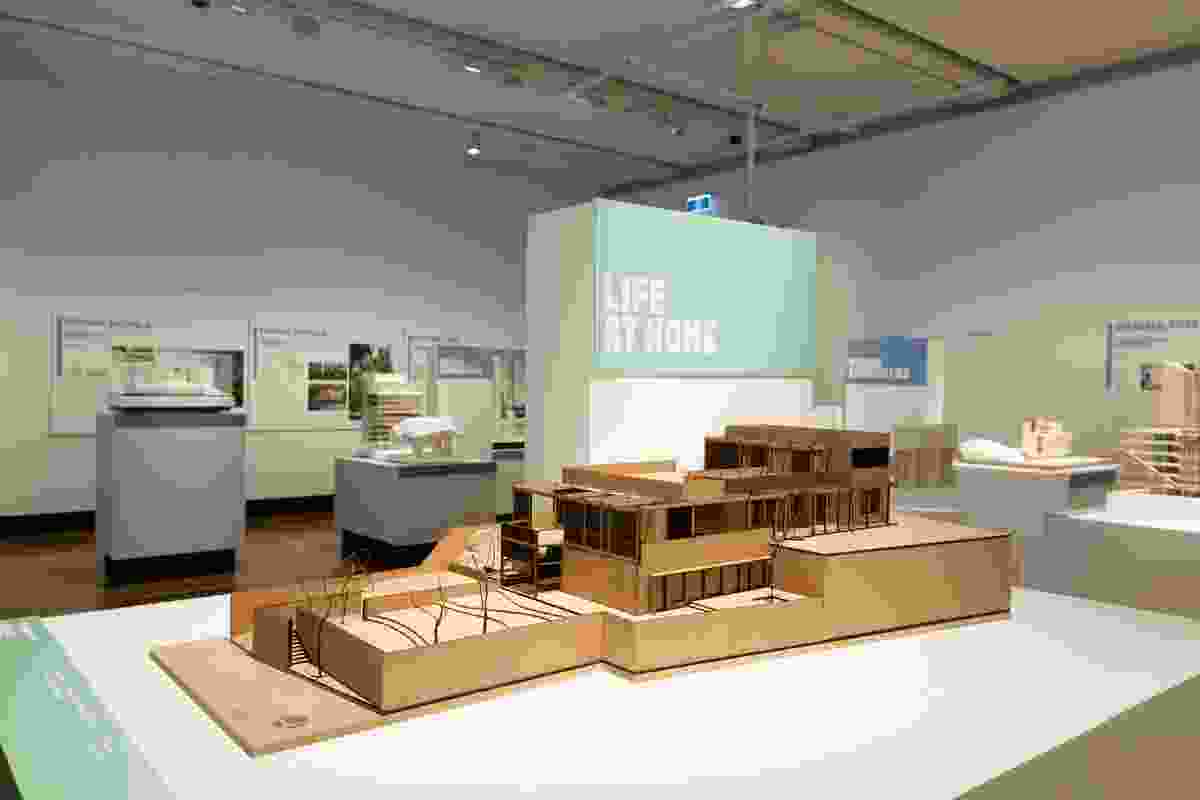 Living in the City exhibition at the Museum of Brisbane featuring a model of the Jubilee Hills Residence in Hyderabad, India by Research Design Office. 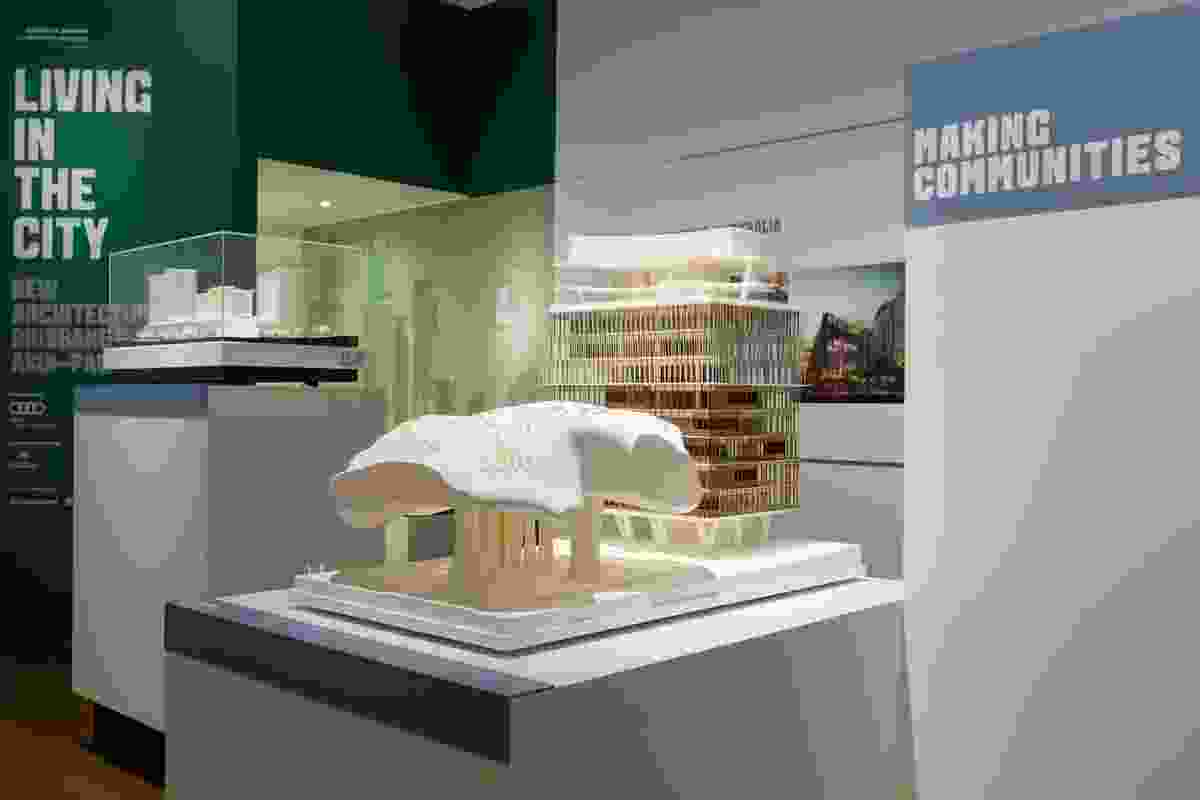 Living in the City exhibition at the Museum of Brisbane featuring a model of 12 Creek Street, Brisbane City by BVN.