Domestic artefacts of architecture are destabilized in the work of artists Bianca Hester and Tom Nicholson.

Bianca Hester’s a world, fully accessible by no living being combined a temporary wall with a series of actions by the artist.

At the Swanston Street edge of Melbourne’s Federation Square, before you reach the multicoloured desert sandstone cobbles at its centre, a wall appeared overnight. Almost camouflaged by the surrounding grey pavers and low bluestone walls, steps and ramps, this humble cinderblock wall was part of Bianca Hester’s artwork a world, fully accessible by no living being. The wall was the backdrop for a series of “propositions” – performances, events and actions initiated by the artist. On any given day at the wall you might have seen people sitting together leaning against it, a congregation of dogs sniffing it, a person lying under a piece of fabric next to it, people rolling blue metal hoops around it or a pile of sticks gathered from the surrounding streets heaped at the base of it.

This project, the winning entry in the 2011 Melbourne Prize for Urban Sculpture, sought explicitly “to experiment with the limits that regulate urban spaces.”1 But why was a wall, and not another kind of structure, chosen as the site of engagement and experimentation? (The artist commented that she had initially considered a platform).

A wall is an architectural fundamental; a boundary that demarcates, encloses and divides space. It transforms land into territory to be exploited and exchanged and, as such, it is the basis of the city. It creates a barrier that restricts while it protects, a limit beyond which is something other. “The wall may lend a sense of identity to what is enclosed within its boundaries, while engendering a sense of alterity towards what is outside. The wall creates a sense of exclusion that is both social and physical.”2

Hester’s project celebrates and critiques this idea of the wall. Her wall was high enough so that it couldn’t be seen over, long enough to give viewers a sense of its two-sidedness and solid enough to be a barrier. It was wall enough. However, this condition of “wallness” was disrupted and complicated by particular formal and spatial operations. Near one end, it was pierced by an opening that became a shelf, on which to stack the free broadsheets that described and mapped different elements of the project, including some unrealized propositions that occupied other sites around the city. A chain was bolted to its side and two nib walls were added for structural support, resulting in a pin-wheel plan that expanded the wall’s presence and seemed to co-opt the space around it. These carefully considered moves and the actions they facilitated emphasized the role of the wall as support-structure, a prop and a backdrop for Hester’s actions.

The invented rituals enacted by Hester and others were an attempt to seek out and extract the open-ended and unpredictable from the city and concentrate them, for a moment, at the wall. While this created a site of gathering, it did not result in a situation of togetherness and easy conviviality. Placemaking was not the point of the work – unlike the low permanent walls around it, this wall did not invite relaxed passing of time. One felt “on stage” at the temporary wall. To engage with it and the events it hosted – even to step within its vicinity – was a conscious and not necessarily comfortable act. The wall interrogated the idea of engagement by creating a space that required a conscious decision as to whether to step into.

Meanwhile, across Federation Square, artist Tom Nicholson handed out A4 paper “plaques” to passersby from a stack of thousands at his feet, with the earnest zeal (but without the pushiness) of a charity fundraiser. He invited the interested to attach a plaque – framed or unframed – to their chimney at home in commemoration of Melbourne’s first chimney, which was built in 1835 by William Buckley for John Batman, one of Melbourne’s first white settlers. The plaques and their distribution constituted the work Unfinished monument to Batman’s Treaty, Nicholson’s entry in the Prize for Urban Sculpture. John Batman was the author of Batman’s Treaty, the agreement he claimed was signed by Wurundjeri elders to exchange what is now Melbourne for trinkets and an annual tribute. William Buckley was an escaped convict who famously spent thirty-two years living with the indigenous people of the Bellarine Peninsula. Buckley’s encounter with Batman’s camp in 1835 instigated his return to European society after three decades living as a Wathaurung man. Batman’s Treaty marked the beginning of Melbourne and settlement commenced with the construction of Batman’s own house – Melbourne’s first permanent European dwelling. Buckley, a trained bricklayer before his conviction and transportation, built its chimney.

The remarkable story of the convergence of these two characters and their role in Melbourne’s ignominious beginning is the subject of Nicholson’s project. He used the chimney to symbolize this moment and consider its repercussions.

The plaque begins with a declaration that required the involvement of an actual object: “This chimney commemorates the city’s first chimney … ” Participation in the work contributed to an act of dispersal that destabilized the chimney from a singular, enduring object to a network that was fluid in both time and space. The anonymity of the participants made the physical extent of the project invisible and unknowable – like the underground root system of a plant – further disrupting the chimney’s authority as a monument. The exponential number of chimneys extends the project into the future – it is “unfinished” – while the work’s invitation to perform an act of commemoration brings a past event forward into the present.

Like Hester’s wall, this work centred on an architectural artefact, foregrounding the relationship between the idea of the chimney and its material reality. The plaque’s text emphasized the monumentality of chimneys, describing them as “reaching for the sky” and as “obelisks.” The project effectively broke apart the chimney as a towering monument into innumerable, multiple chimneys that were united only by a shared attempt to fathom the origins of the city we inhabit.

By invoking the wall and the chimney as architectural emblems, these two projects expand beyond their apparent limits to co-opt every wall and chimney in the city, implicating all of the city’s inhabitants in the critiques they offer. 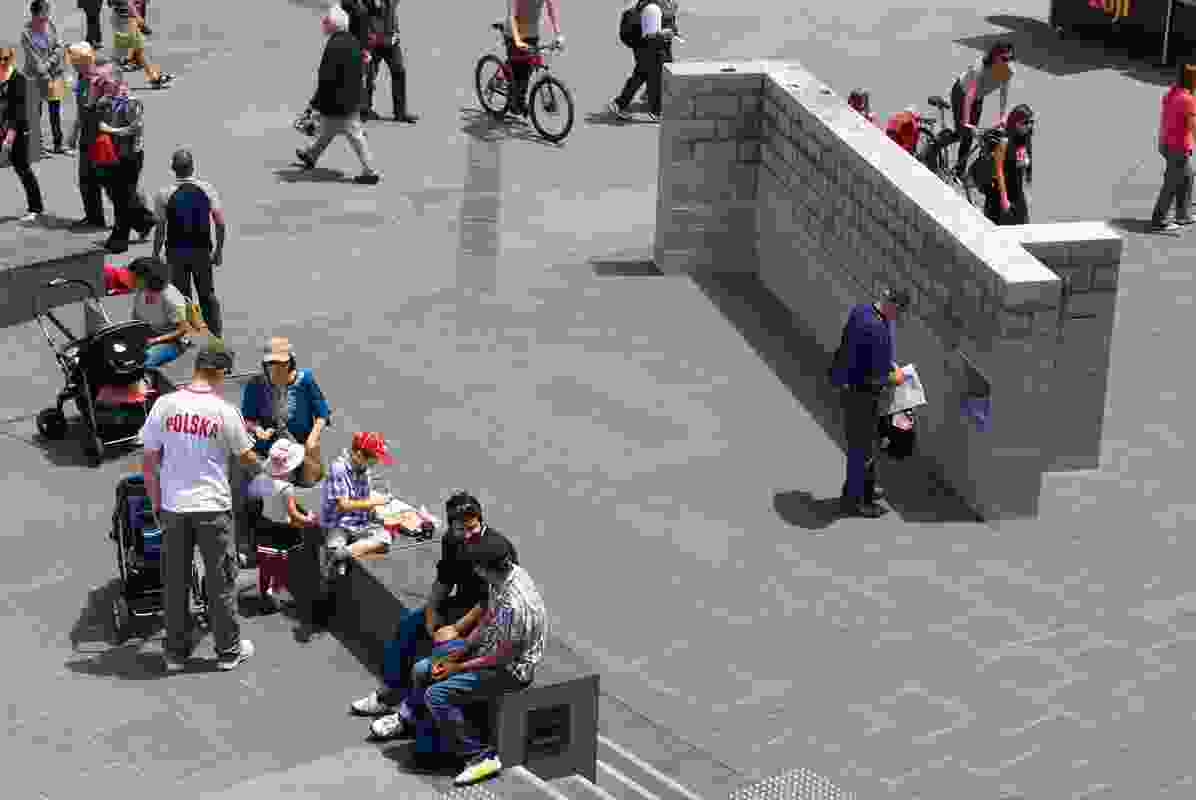 Bianca Hester’s a world, fully accessible by no living being combined a temporary wall with a series of actions by the artist. 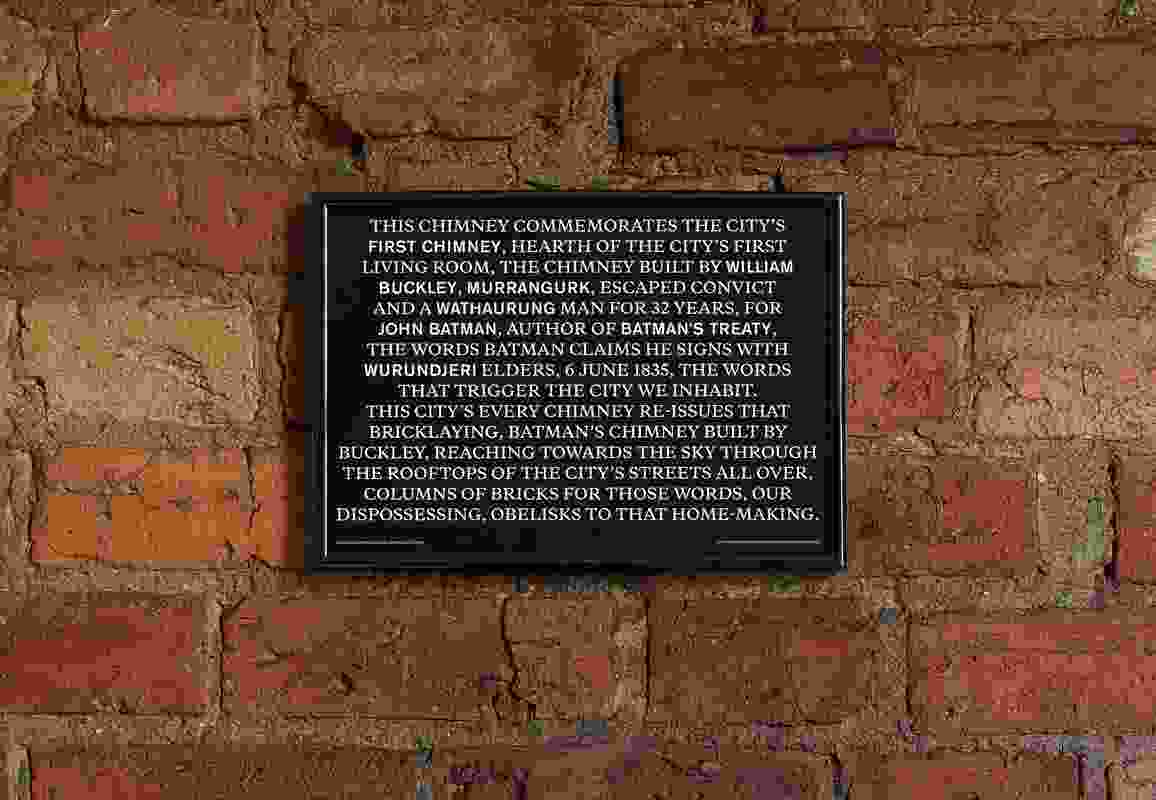 An example of the A4-size offset-printed paper plaques that were handed out as part of Unfinished monument to Batman’s Treaty. 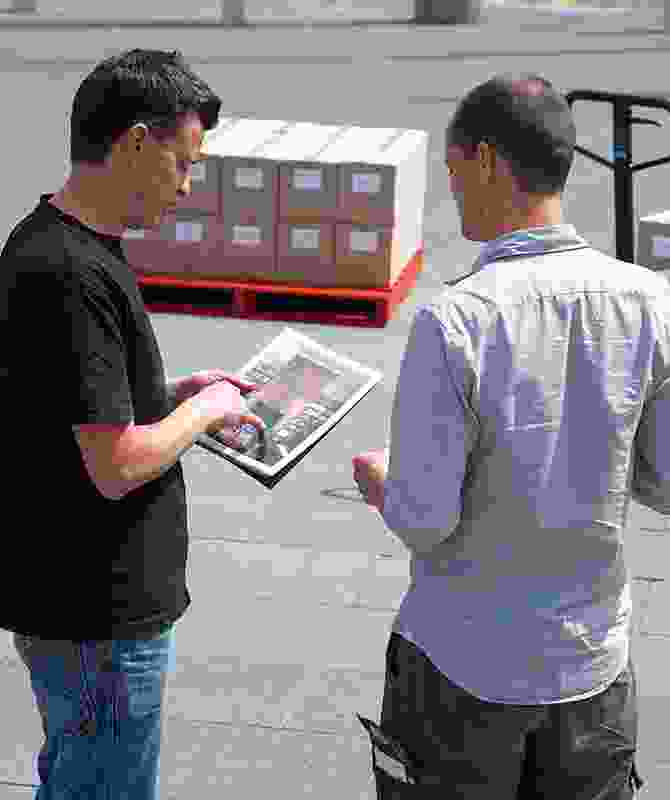 Unfinished monument to Batman’s Treaty consists of a process of distributing A4-size offset-printed paper plaques, designed to be attached to chimneys in people’s living rooms.