Why do architects want to be artists?

Artist, theorist and art educator Donald Richardson asks why many prominent architects want their work to be understood as art, and whether or not we are losing our understanding of the difference between art and design.

An interview with Frank Gehry published in the online edition of the French newspaper La Croix in 2016 featured the architect expressing resentment that he was not being thought of as “un artiste.” This is a remarkably frank statement of an existential sentiment that has plagued architects for generations, although few have been moved to be so publicly specific about it.

This sentiment has existed since the time of pioneering art historian Giorgio Vasari. In Lives of the Most Eminent Painters, Sculptors and Architects (1550) Vasari established that painting, sculpture and architecture were all “arts” of equal value at a time when the Italian city-states were vying with each other for cultural preeminence. The flaw in this concept is plain for all to see, although art and design theorists rarely discuss it.

For example, there is, in principle, a considerable difference between Joseph Mallord William Turner’s The Burning of the Houses of Lords and Commons paintings and the actual Palace of Westminster that Turner represented in his work. Similarly, there is a difference between Auguste Rodin’s bronze sculpture The Gates of Hell (c. 1880-1890) and its inspiration, the bronze Gates of Paradise doors by Lorenzo Ghiberti at the Baptistery of Saint John in Florence (c. 1425-52). The palace and the baptistery doors are necessarily functional, while the picture and the sculpture are not (and do not need to be).

Since the rise of romanticism in the late eighteenth century, it has been accepted that artists have no necessary duty to support conventions of any sort. On the other hand, designers of all kinds (including, of course, architects) create things that are useful and usable – whether they be a cathedral, an office building, a tractor or a vegetable peeler.

Since the rise of romanticism in the late eighteenth century, it has been accepted that artists have no necessary duty to support conventions of any sort. On the other hand, designers of all kinds (including, of course, architects) only create things that are useful and usable – whether they be a cathedral, an office building, a tractor or a vegetable peeler. Such things are actually “useless” if they are not functional, but this does not apply to works of art. Functionality is therefore the principled difference between art and design. In spite of the recalcitrance of many in the art and design world, this is actually enshrined in law in Australia, where copyright is extended to artistic work but not necessarily to functional objects. In its December 2016 guidelines on Design Objects and Copyright, the Australian Copyright Council explained that the law is designed to ensure that “things which are essentially functional and intended for mass production should not get the very extensive protection of copyright law.” This major distinction in both logic and practice is generally glossed over. Even worse, this is done by the thoughtless acceptance of the cant expression “it is all art anyway.” Nothing could be further from the truth.

It is imperative that the art and design worlds acknowledge that the broad field of things which Western culture has historically designated “art” has three discernable aspects, of which the most significant and valuable was/is not necessarily “art” at all. As enriching as art is to our humanity, a prior – or, at least, coeval – condition is that it can only occur when a degree of material security has been achieved. Thus, the three aspects are design and craft as well as art. Each aspect has had its own theorists – who have usually jingoistically managed to disregard the other two – although the practitioners in all three aspects undoubtedly operate according to high ethical and aesthetic principles.

Design is a value system in its own right and does not need to piggyback on art to prove its value. In fact, it could be maintained that architecture and town planning are ethically superior to art because of the magnitude and social relevance of the things they create. The dilemma of architects is that, wishing to distinguish their calling from that of designers of more humble items of use, they are – due to the lamentable state of current theory and terminology – forced to seek to bestow upon themselves the honorific “artist.” In his article on Gehry for La Croix, writer Stéphane Dreyfuss invented the ludicrous neologism “l’art-chitecte” (“art-chitect”) to characterize a man who is undoubtedly as great a functional creative as Picasso was a (non-functional) artist. Why would Gehry want to be considered an artist? His Bilbao Guggenheim is, ­as well as being functional, as creative as architecture can get. When I saw it I thought it every bit as innovative as the amusing topiary dog (Puppy by Jeff Koons) that sat in front of it.

Aesthetic quality in any of the three fields is a separate issue: any building, pot or oil painting can be evaluated anywhere on the range from beautiful to indifferent to ugly. It must be self-evident that even simply competent architects, let alone a “starchitect” like Gehry, have as much right to claim authority in matters aesthetic as do Pablo Picasso and Henri Matisse, to which they add their acute social conscience and massive technological knowledge, neither of which artists need to have (although many of them do). Many architects harbour a private contempt for the social irresponsibility of artists generally (American architect James Wines’s condemnation of public sculptures common to many projects in the 80s and 90s as the “turd on the plaza” is a nice summation of this attitude). On the other hand, several architects have also produced works of art with an understanding of the distinction between it and their architectural work. Le Corbusier was a brilliant abstract painter and Santiago Calatrava and the late Zaha Hadid have produced excellent abstract sculptures.

A regrettable instance of architecture unnecessarily and unwisely clinging to the coat tails of art is demonstrated in an article that appeared in Architecture Australia (“Is Architecture Art?”, March 2016). In it, authors John Macarthur and Susan Holden of the University of Queensland wrote, “One of the most successful recent strategies of visual arts institutions has been to include architecture,” which they cited as evidence of “institutional recognition for a new direction in art.” They gave no indication that they were aware of the functional imperative that distinguishes design from art.

Art and design theorists and writers should be diligently asserting that the term “architect” is, in itself, an honorific.

The article includes a number of discontinuities that merit further discussion. It instances the Tate Gallery’s awarding of the 2015 Turner Prize for art to the London design collective Assemble for Granby Four Streets, an urban regeneration project in the Liverpool suburb of Toxteth, which was dilapidated after a series of riots that took place in 1981. It is something of a stretch to designate this project “architecture.” Assemble built on work already done by a long-standing urban cooperative of residents who campaigned against the demolition of the old houses. It provided plans – however insightful – for the refurbishment of buildings and public spaces that allowed for the provision of new work and enterprise opportunities.

Secondly, what can winning the Turner Prize be worth culturally? Former winners have been Damien Hirst for a bisected cow and calf in a tank of formaldehyde, Martin Creed’s room in which a light goes on and off and Tracy Emin’s infamous Bed. That the Tate Gallery is as confused as the applicants about the principled difference between art and design is a matter for concern rather than comfort.

The article enlarges upon the rise of the “largely functionless” pavilion form, which enables architects to “explore the crossover between the disciplines of architecture and the visual arts.” “Largely functionless” is a point-avoiding term used here to allow the consideration of a building as “art” rather than design, but the pavilion is not “functionless.” It is a building that, by definition, is a shelter for humans. That is its function. That it can be little more than a basic shelter makes it accessible for highly innovative (“creative”) treatment, of which Melbourne’s MPavilion series is an example. Indeed, all three of the MPavilion series have found permanent homes in practical settings. The 2016 edition, designed by Bijoy Jain of Studio Mumbai, was adopted by Melbourne Zoo in March.

The authors are also the successful applicants for an Australian Research Council grant with the same title as the article “to examine how such momentum in the art world is changing the concept of architecture.” The grant application states that “there is no simple answer” to the question, but the article concludes that “the project won’t come up with an answer.” This, no doubt, is because the authors believe, as they say, that it is “an old debate that can’t be resolved.”

In referring to“synergies between…art [and] the creative economy” the article’s writers identify with those who unthinkingly assume that “it is all art anyway.” That design has always inevitably been part of the economy, creative or not, and art only enters the economy when it is sold (as does any commodity) is not recognised in this thesis.

Terminological confusion in relation to design actually dates from the nineteenth-century Arts and Crafts movement. This movement, along with the early twentieth-century art deco, was really concerned with functional things. The term “design,” when it was used at that time, was used only in relation to drawing or the composition of a work of art. It was not until the interwar period that design became identified as a concept distinct from both art and craft. In the late twentieth century, designers and design institutions throughout the Western world began to aggressively assert their existence – and independence from art.

In the period since then, design has become a cult term with a loose meaning. The current TED (Technology, Entertainment, Design) movement, a popular education movement that originated in a Silicon Valley conference in 1984, includes design in its titlebecause (as a spokesperson expressed in an email to me): “it enables us to embrace a wide range of topics and ideas.”

This kind of loose, populist thinking can only be detrimental to both art and design as professions. Art and design theorists and writers should be diligently asserting that the term “architect” is, in itself, an honorific.

Why do architects want to be artists? 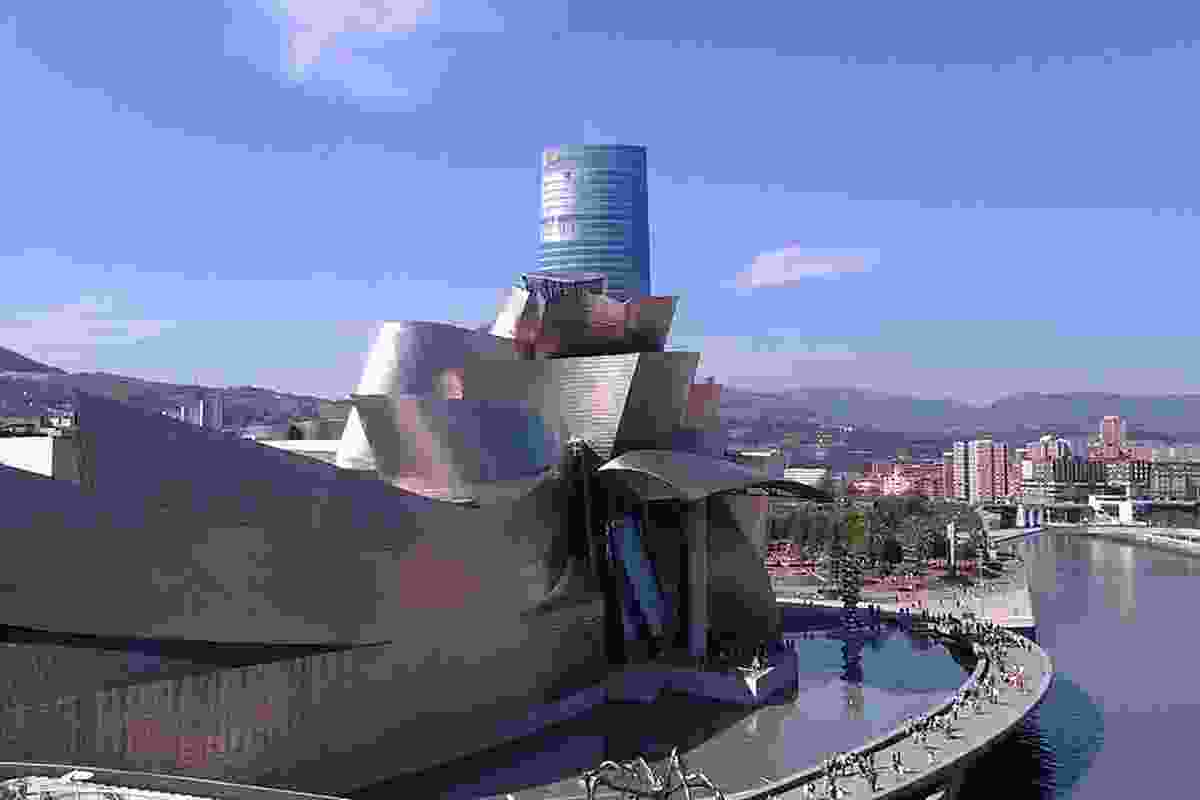 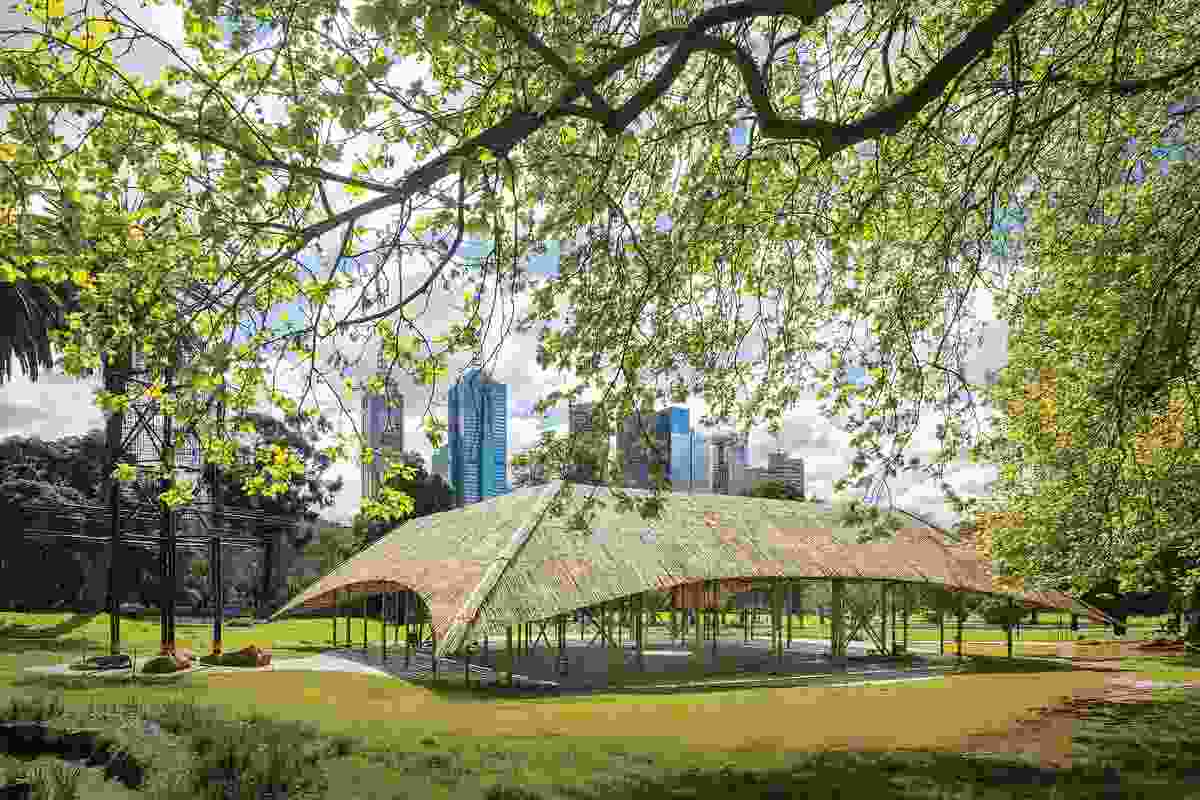 The third iteration of the MPavilion, designed by Studio Mumbai. 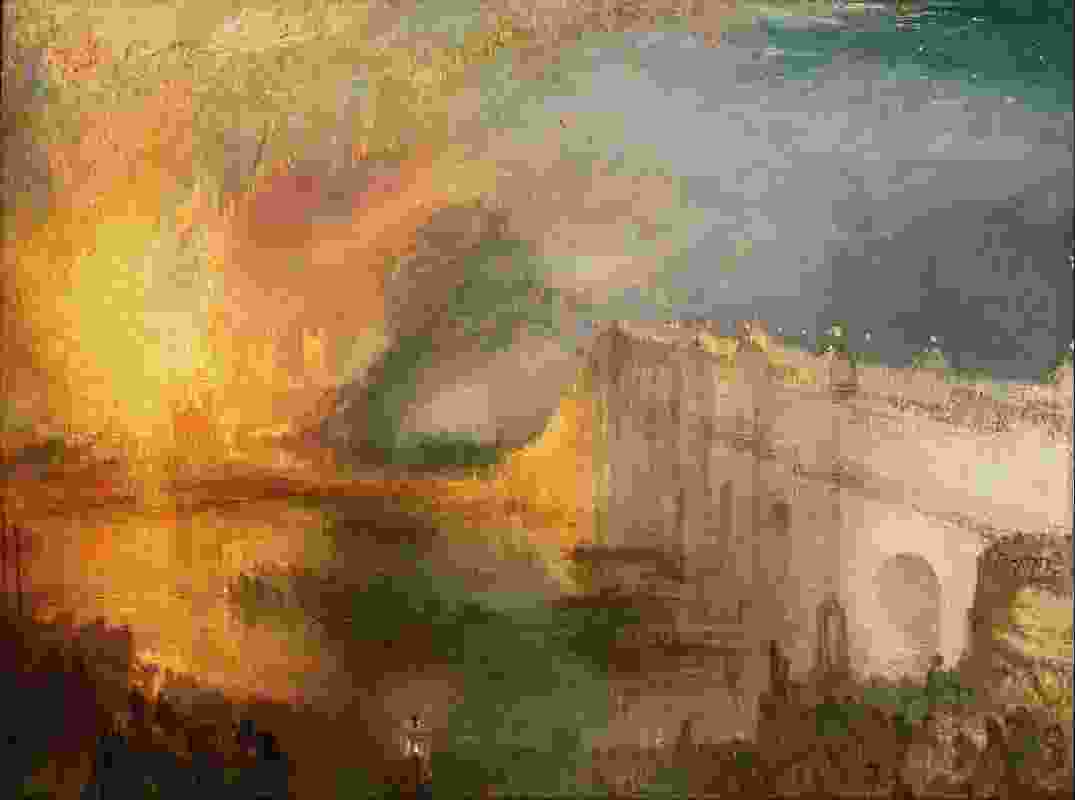 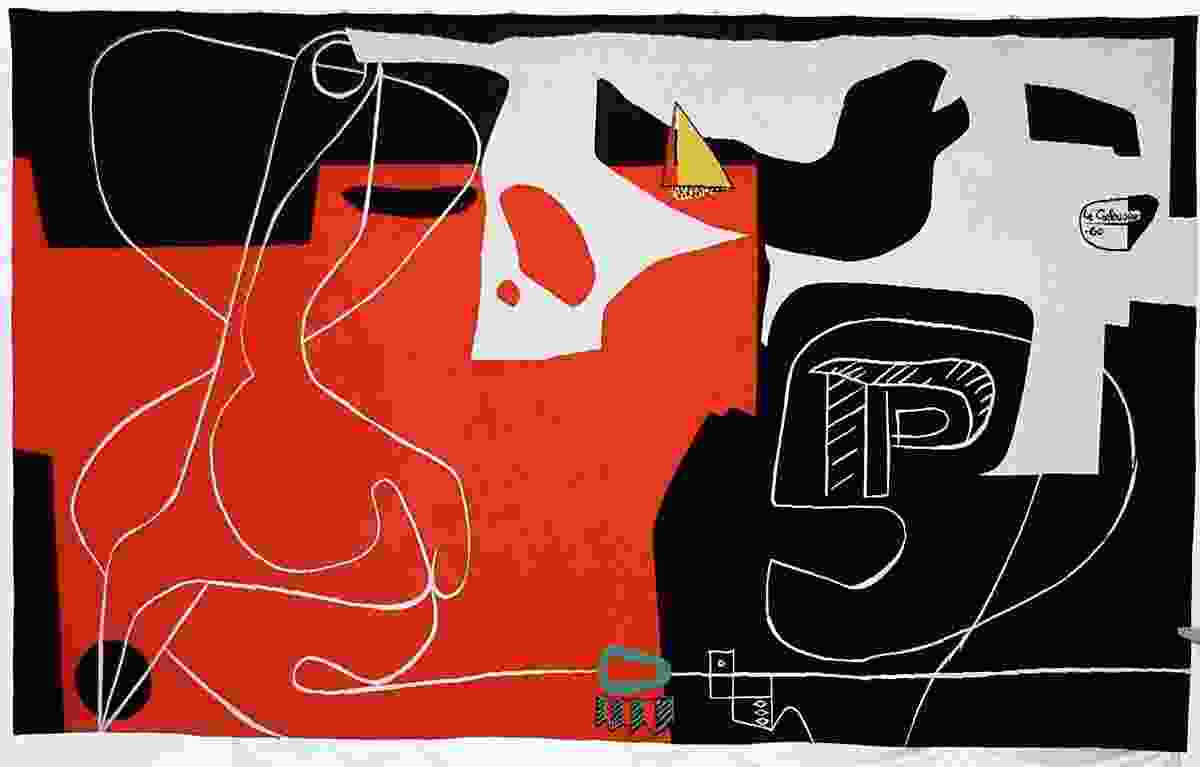 The tapestry Les Dés Sont Jetés (‘The Dice Are Cast’) by Le Corbusier was commissioned by Jørn Utzon for the Sydney Opera House in 1958. 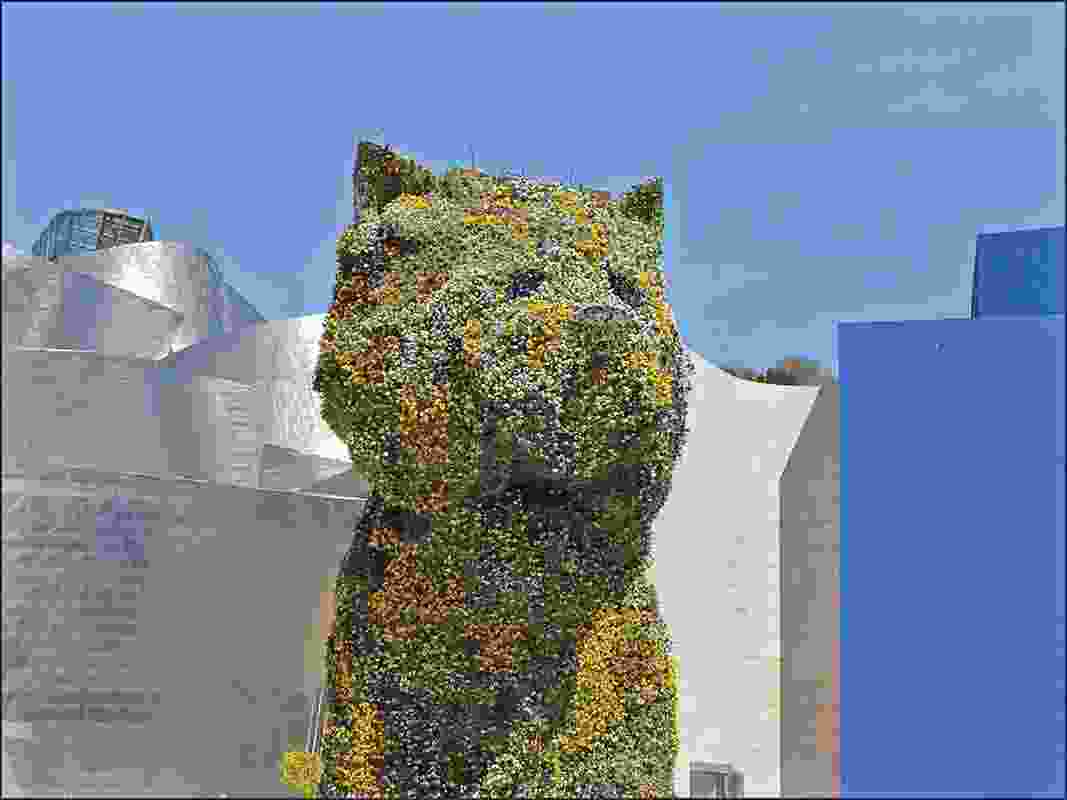