Cox Rayner, Derlot and Aurecon’s proposal was declared the winner of the Brisbane ferry terminal competition on Thursday 4 August.

In the proposal, the terminals are landmarks on the river integrating technical innovation, flood resilience and elegance. A single pontoon structure is tethered to a single up-stream pier that deflects debris away from the pontoon. A detachable gangway connects the pontoon to the river bank. This gangway can be rotated and secured parallel to the pontoon in the event of a flood.

The proposed ferry terminal creates a public space directly on the river, giving passengers a more direct experience of the river and its landscape. The design is adaptable for the different terminal locations, and incorporates a number of green design strategies.

This announcement follows an invitation by the Queensland Government, in May 2011, for expressions of interest for the rebuilding of several Brisbane ferry terminals damaged during the 2011 floods. Former Queensland architect Professor Phillip Follett chaired the panel of experts, including representatives from the Australian Institute of Architects and Urban Futures, that assessed the entries.

As the winning consortium, Cox Rayner, Derlot and Aurecon will be given a contract as consultants to the terminal rebuilding program, and will work with Brisbane City Council throughout the construction process expected to begin by October 2011. 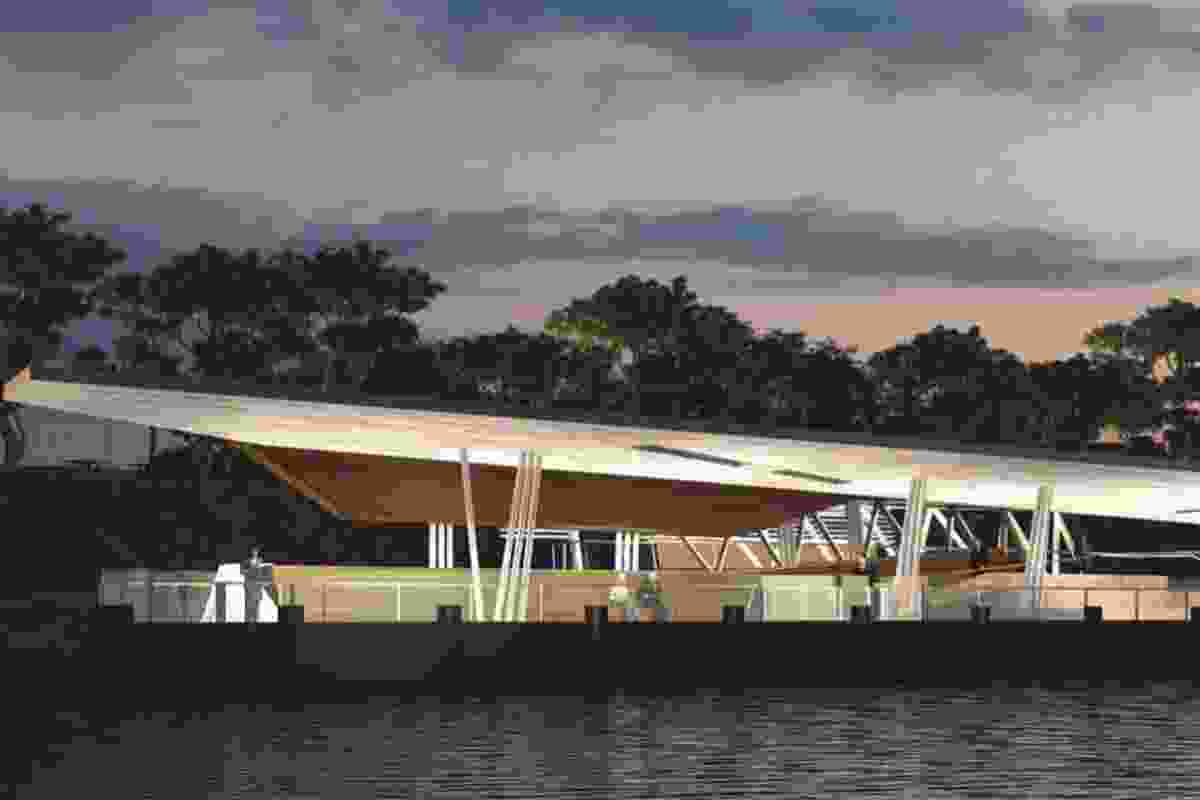 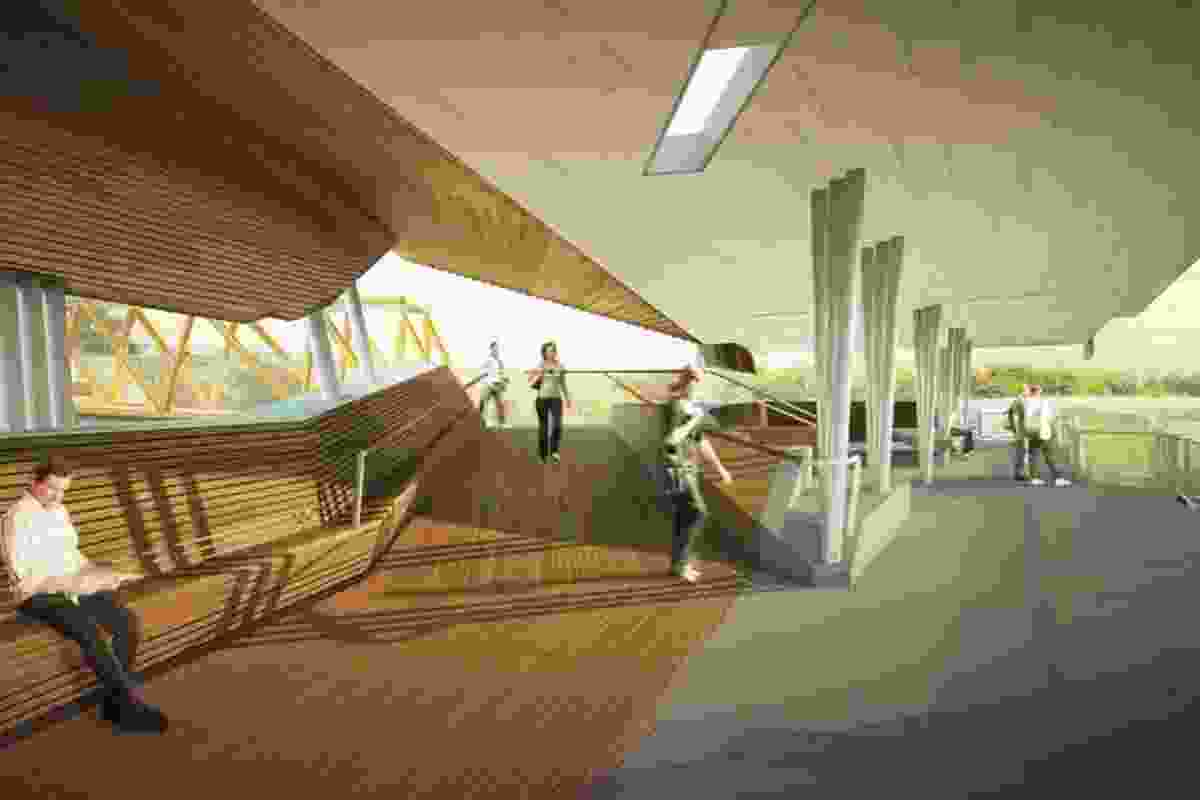