The Victorian government has released the final designs for the Latrobe Valley GovHub, designed by WMK Architecture.

The $30 million project, to be located on the corner of Church and Fleming Streets in Morwell, will include office spaces, shared meeting rooms, a community hub, business incubator zones, an exhibition space and a locally-run cafe.

The design of the three-storey building incorporates the industrial history of the Latrobe Valley with a roof form that takes its cues from the the bucket wheel dredges (used in mining) found throughout the region.

Latrobe Govhub will be home to 300 workers from government agencies including Earth Resources Regulation, Parks Victoria and Solar Victoria.

Latrobe Valley Govhub is one of three buildings of its type to be built in the state by the Victorian government. John Wardle Architects’ $100 million Ballarat Govhub is under construction and is due to be completed at the end of 2020. The $90 million Bendigo Govhub will be designed by Lyons. Concept designs were presented to the community on 27 July. 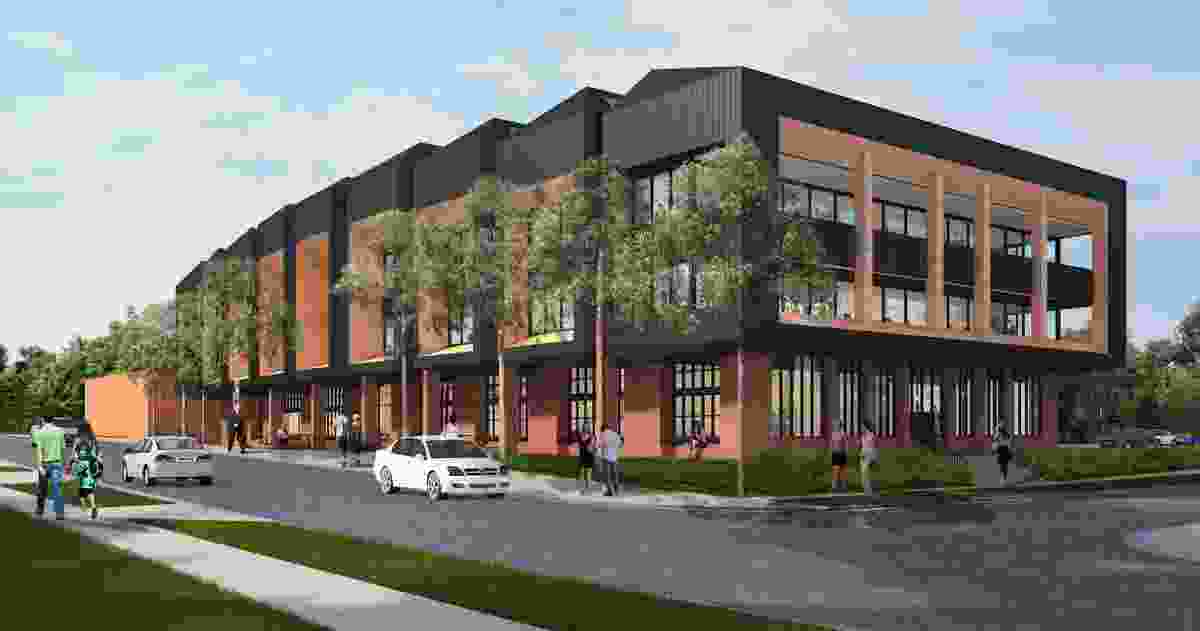 The roof form of the proposed Latrobe Valley Govhub designed by WMK Architecture takes cues from bucket wheel dredges found in the region.