Woods Bagot has been named as part of a design consortium that has been appointed to design a planned underground railway station and integrated station development at Crows Nest in Sydney.

“We’re working together in a dedicated project office for productive collaboration amongst disciplines and stakeholders. It will be a shared vision that gets delivered, taking a crafted approach to the station and Crows Nest’s future.”

The station is part of the new, privately operated Sydney Metro City and Southwest line, which will be a new stand-alone railway from Rouse Hill in Sydney’s north west to Bankstown in the south west, via the CBD. The Crows Nest station will be one of seven new stations to be constructed as part of the project, including new platforms at Central station. Woods Bagot is also designing the upgrades to Central, with John McAslan and Partners.

In 2017, the Metron consortium, which included UK firm Foster and Partners and Australian practice Architectus was announced to be working on the designs of six of the seven stations, including Crows Nest.

A spokesperson for Sydney Metro told ArchitectureAU, “Key members of this consortium [SMEC] have been embedded in the Sydney Metro Northwest and City and Southwest since its initiation, and bring demonstrated design, engineering and building expertise.”

“SMEC was awarded a Design and Technical Services Contract to utilize Design Stage 1 and develop Design Stages 2 and 3.”

In addition to the station, the development will include an integrated development comprising four buildings – two residential, one commercial and either a hotel or an additional office building.

The first stage of the greater Sydney Metro project opened to the public in June, and involved new stations and landscapes by Hassell. 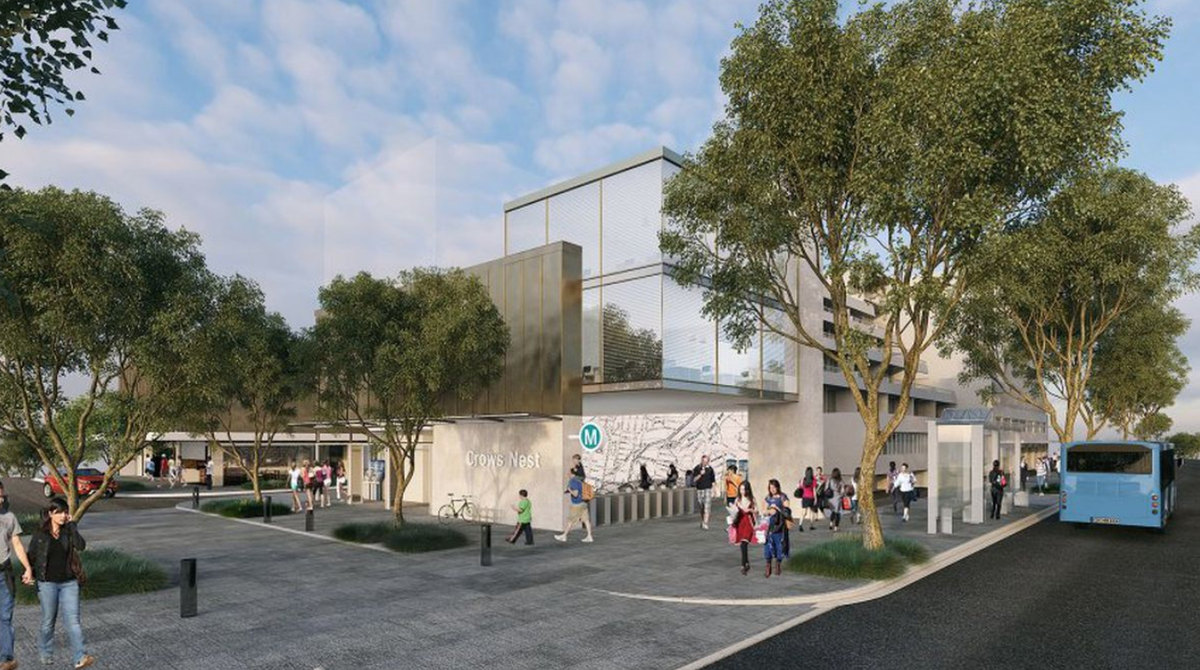