Construction has begun on a footbridge designed by Denton Corker Marshall at Victoria’s Shipwreck Coast.

The pedestrian bridge, at Port Campbell Creek, has been designed using rugged, durable materials to withstand one-in-100-year weather events. It features open balustrading, reducing visual interference for its users as they look across the landscape. The project is the first to be realized under the Shipwreck Coast Masterplan.

“[We] believe our designs respond to the unique character and physical attributes of each site.” said Neil Bourne, a director of Denton Corker Marshall. “The new facilities will enhance the visitor journey with diverse experiences that are both dramatic and contemplative.”

“The path route has been aligned to avoid impacting the sensitive vegetation [of the dunes] and prevent exposure to tidal surge from the harbour. The Port Campbell town approach will have Disability Discrimination Act (DDA) compliant accessible paths provided to the bridge. The bridge is DDA compliant to the north bank with the width allowing for two wheelchairs to pass side by side.”

The bridge is one of three new facilities being built as part of stage one of the masterplan. The other structures in the pipeline are a pair of lookouts, at the Twelve Apostles and Loch Ard Gorge.

The project is part of a 20-year masterplan by prepared by McGregor Coxall in association with Denton Corker Marshall, which identified an estimated $178 million of to be invested in the area – privately and publicly – for a range of uses including tourism infrastructure and accommodation.

Simon Talbot, acting chief executive officer of Parks Victoria, said, “The Port Campbell Creek Pedestrian Bridge is the first project that will be delivered and will provide safe and accessible year-round connection between Port Campbell and the Discovery Trail, Port Campbell National Park.” 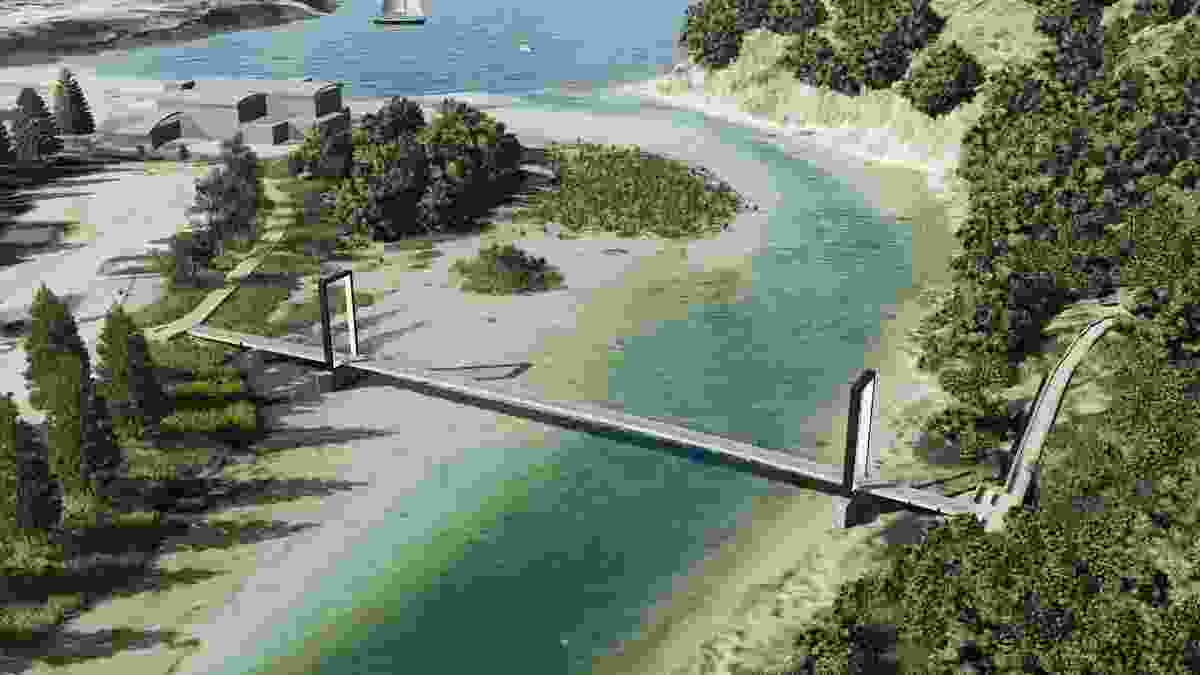 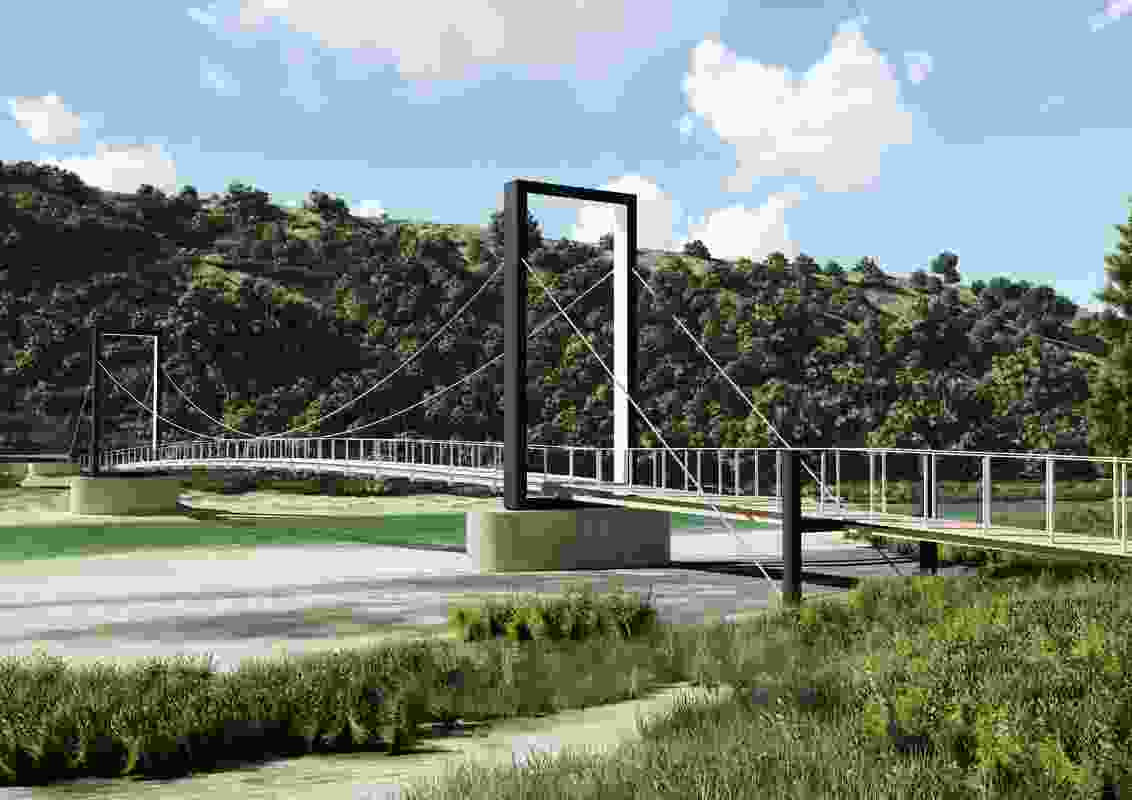