International House Sydney by Tzannes is praised in the report for its use of mass timber construction.

The World Green Building Council has issued an urgent call to action to the building industry during Climate Week in New York and the UN Climate Action Summit, unveiling a vision to achieve 100 percent net-zero emissions buildings by 2050.

The Bringing embodied carbon upfront report, made public on 23 September, notes that when “embodied carbon” is considered alongside operational carbon, buildings are responsible for 39 percent of global carbon emissions.

Carbon emissions, the report explains, are released not only during the operational life of a building but also during the manufacturing, transportation, construction and end of life phases. These emissions, known as embodied carbon, have “largely been overlooked historically” but contribute around 11 percent of all global carbon emissions.

The report contends that as operational carbon is reduced, embodied carbon will continue to grow in importance.

The report lays out a pathway of actions for architects, manufacturers and governments to accelerate decarbonisation. It calls on design companies, for instance, to integrate low embodied carbon design into all projects by 2020, publicly share all lifecycle assessment data by 2025 and propose requirements for all projects to be 100 percent net zero embodied carbon from 2035.

For this to be achieved, the report warns, there will need to be a “radical shift in how industry works together to enable a market transformation.”

As well as laying out pathways for policy makers and built environment professionals, the report points to projects that are leading the way in addressing embodied carbon. Singled out for their use of mass timber are 25 King Street by Bates Smart, the tallest engineered timber office building in Australia, and International House Sydney by Tzannes.

It also praises the national “roadmaps” that address embodied carbon emissions being rolled out inFinland, Norway and Sweden, and calls for similar action globally.

“With the support of our global network and the endorsements we have received for the report, we are confident that we can stimulate market demand and facilitate radical whole value chain collaboration that will be truly transformative and benefit both people and planet,” said Cristina Gamboa.

“Now the sector needs to mobilize immediately to put these changes into action for global benefit.”

The landmark report was prepared with the support of more than 80 organizations around the world, including the Green Building Council of Australia. Several Australian bodies have endorsed the report, including the City of Melbourne and the City of Sydney. Both councils are part of the The C40 Cities Climate Leadership Group, which helped deliver the report.

Mark Watts, the executive director of C40, said, “Because the sector is responsible for such a large chunk of global emissions, it means there is huge potential for reduction.

“Now the sector needs to mobilize immediately to put these changes into action for global benefit.” 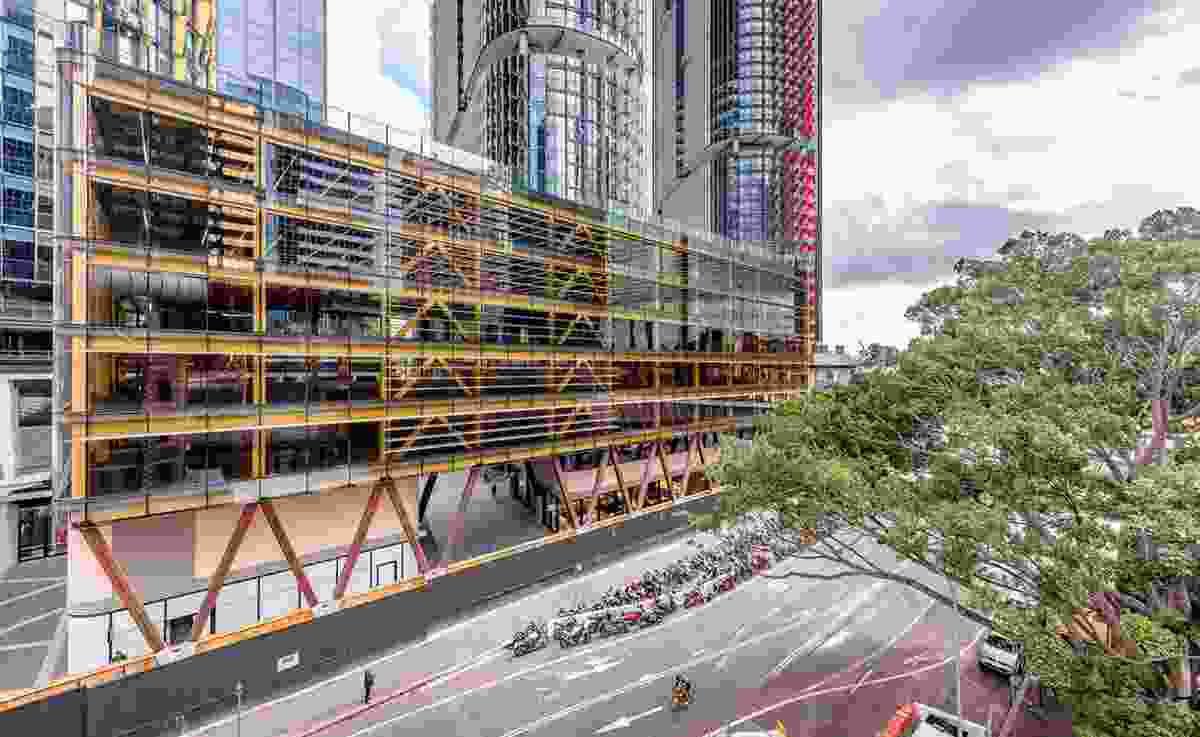 International House Sydney by Tzannes is praised in the report for its use of mass timber construction.