World’s biggest braille and tactile network rolled out in Sydney

The world’s largest tactile street sign network has been launched in Sydney.

The $350,000 million rollout includes more than 2,100 tactile signs and spans the entire City of Sydney area of about 22 square kilometres. The tactile signs include both braille and raised lettering, and are located at every signalized pedestrian crossing.

The technology is based on the work of John Evernden, a former City of Sydney engineer specializing in disability access, who designed the first version of the braille network in the mid-1990s. That system was made of rubber and although a second rollout occurred just before the 2000 Olympics, the signs did not stand the test of time and wore down.

Program manager of public domain strategy for city design, Laurence Johnson, said when the City of Sydney was looking at the overall wayfinding system, they saw the potential to review, redesign and extend the layout of this element of the system.

“[The rubber signs] were effectively useless for visually impaired people so when we looked at the whole wayfinding system of the city we basically took that element and said ‘can we make it better? Can we use better materials?’” Johnson said.

The process involved extensive consulting with clients from organizations such as Vision Australia and Guide Dogs NSW/ACT, creating prototypes, and testing the braille and lettering to ensure it was comfortable and readable.

Rolf Geerlings, volunteer coordinator at Vision Australia, said his organization was consulted with from the very beginning and the final outcome was a system that is useful not only for people with vision impairments but also people living with other disabilities, visitors from other cities and states, as well as overseas.

“What it does is give you a sense that the community or government that have put them in are thinking about everybody, it’s almost like social inclusion,” Geerlings said.

Sydney lord mayor Clover Moore said the network’s purpose was to give people an experience that looks after their needs and allows them to enjoy the best the city has to offer. “It’s about making sure everyone is able to be active in their community and make meaningful connections,” Moore said.

Geerlings hopes other councils will follow suit and adopt the tactile sign system to make the streets more accessible and universal. “You could navigate yourself around the city and then, where the other council comes in, you cross the road and all of a sudden you get lost again because they haven’t got it implemented,” he said.

Johnson said previously some of the stakeholders in the project said they actually tried to memorize or count streets so they could work out where their destination was, but the new system had given them more confidence.

Geerlings himself has experienced the difficulties of not having a tactile system that works properly and he now feels he can travel in the city without relying on other people to help him.

“I sort of get a little bit of a sense of ownership over what I’m doing, so I can go to Sydney and if someone says ‘go to George Street,’ I can Google where George Street is and then I can actually go and find George Street on the pole. I don’t have to ask complete strangers where things are. I feel more like I’m taking my life in my own hands,” Geerlings said.

World’s biggest braille and tactile network rolled out in Sydney 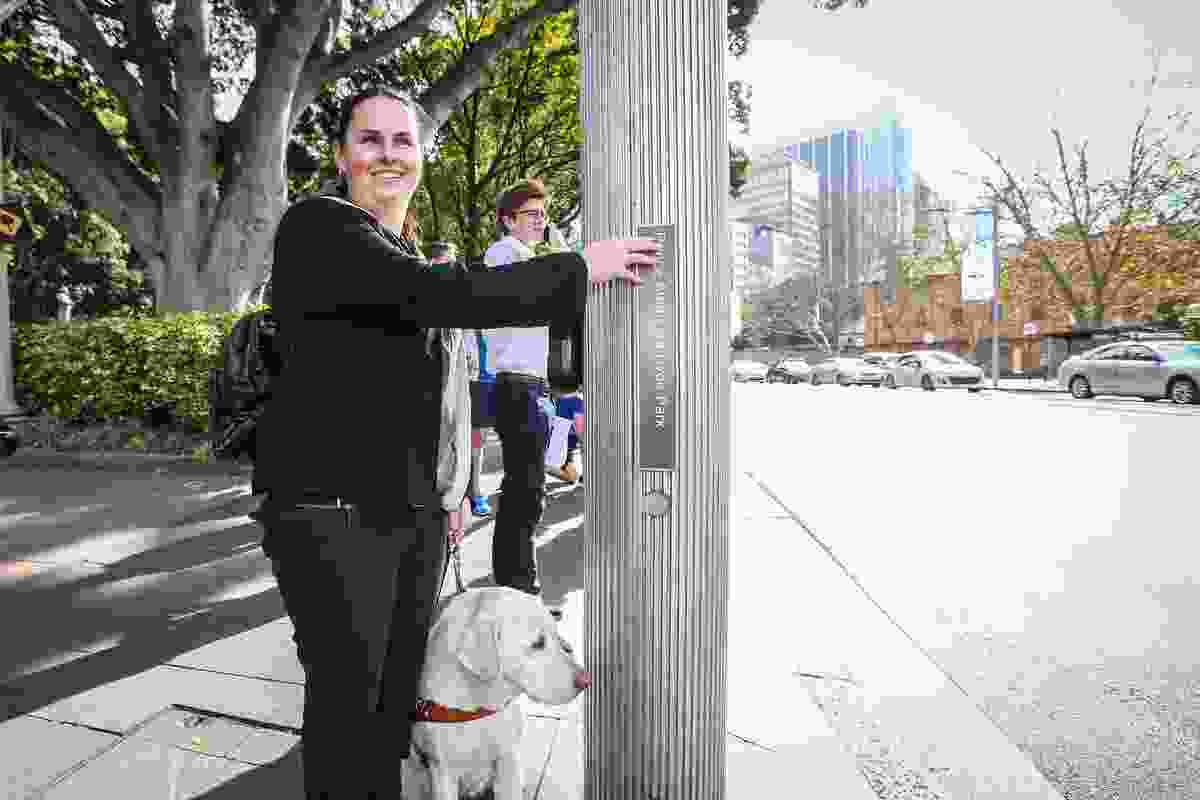 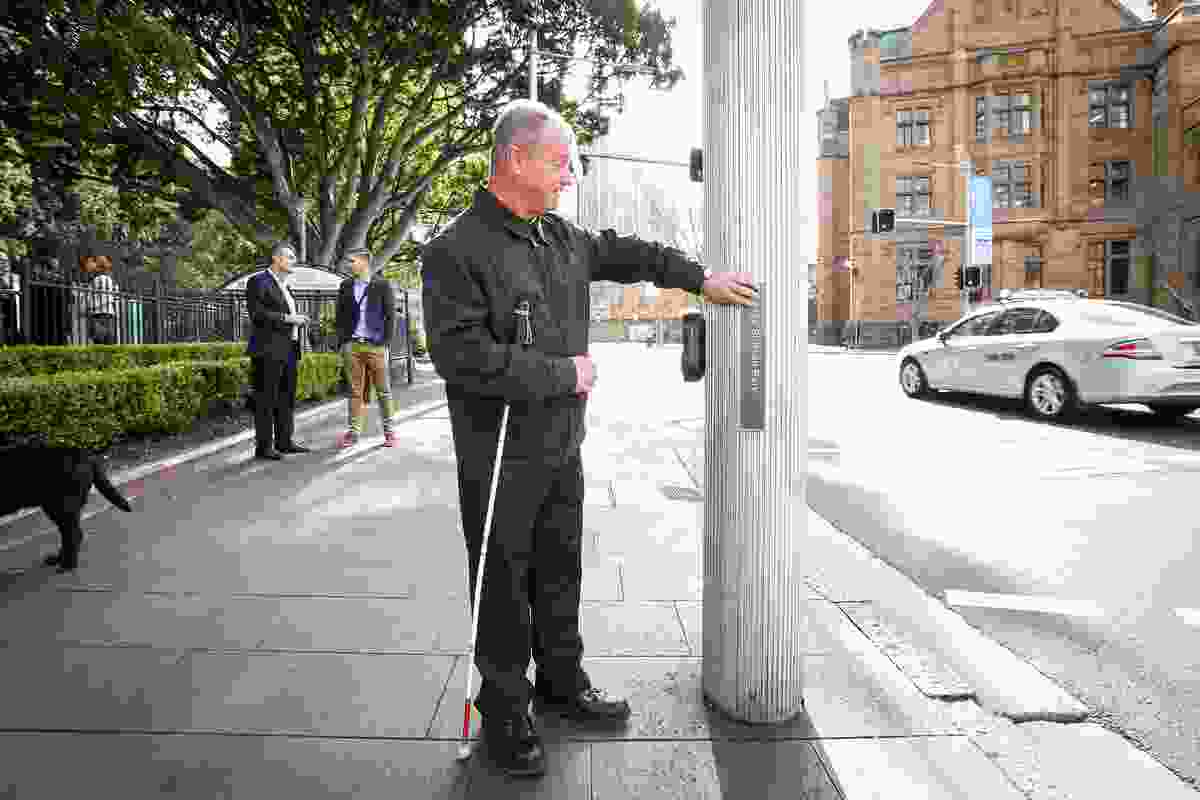 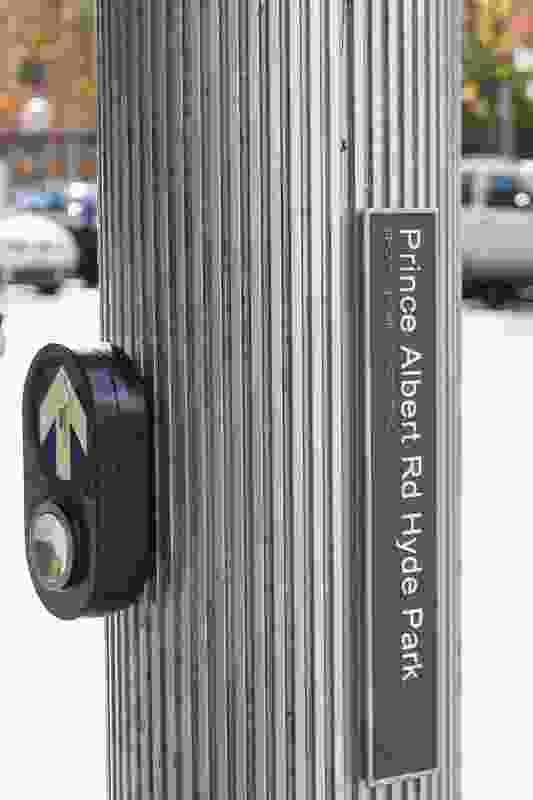