As the 2016 National Architecture Conference wraps up, John de Manincor considers how curiosity and public agency can shape the changing profession.

How Soon is Now? at the Adelaide Convention Centre.

I’ve been regularly attending the Institute’s national architecture conferences for … well, a very long time. I know I’ve enjoyed each one, but I can’t remember every detail. I’ve heard speakers whose work I was already familiar with, and discovered new practices. At times I’ve been both inspired and frustrated. I’ve met Pritzker Prize-winners and architects from my own and other cities in Australia for the first time – a privilege in each instance. In 2013 my partner Sandra Kaji-O’Grady and I assumed the roles of creative directors and I am all-too-aware of the personal pressure Cameron Bruhn, Ben Hewett and Sam Spurr took on in 2015 when they started their journey as facilitators of the 2016 conference, How Soon is Now?, which finished yesterday. Or did it?

When Sandra asked the panel of distinguished architects and academics in the final discussion of How Soon is Now? “What will you take away from this conference?” the answers were, I thought, abstruse. There was robust discussion about the role of drawing and the risk of its fetishization (again), debate on the role of education (again) and observations of the conference format and its audience. With a conference so focused on asking questions, I was hoping for at least some answers. So between erudite yet elusive exchanges on stage, I began to ponder Sandra’s question myself: “What was I going to take away from How Soon is Now?” The answer? I am not quite sure! Was I inspired? Yes – by some, particularly Cristina Goberna and Urtzi Grau (co-founders of Fake Industries Architectural Agonism), though others I spoke to found their presentation infuriating. Was I energized? Sure, despite being riled by the somewhat tired “form versus content” discussion presented by Kevin Low, whose work I find exquisite but at times contradictory to his own manifesto. Did I know more than when I arrived? Yes, but nowhere near enough! Indeed, I never have been quite sure what to make of this annual event, which is precisely why I keep going. Curiosity is, I think, an important attribute of architects.

There is one thing that ties How Soon is Now? to previous conferences: each year an elephant, if not an entire herd of them, has lurked in those dimly lit rooms. This year, there were two proboscideans roaming among the bleachers (there was no space for them in the uncomfortably narrow foyer of the Adelaide Convention Centre). One wandered in from the savanna and stood under the sustainability banner. No-one dared suggest that the very act of building makes architects complicit in the planet’s demise. While some architects are already working on policies for carbon-neutral buildings in walkable, happy, productive cities (a fabulous term coined by Vicente Guallart) – or, as Tim Williams discussed, 30-minute cities with high-speed rail connections to the next cluster of 30-minute cities – we might well remember that these cities are built on food bowls pushing food production away from the point of consumption. The photovoltaics that power them may well have metal frames made from ore extracted from the earth, disrupting ecosystems and … you get the picture. Arguably, it is only when we as discipline unilaterally stop eating meat, procreating, driving cars and flying to conferences that we can truly lay claim to collectively caring about the planet. Of course, this is unrealistic and I am as guilty on this front as the other 1000+ delegates, but with human consumption now outstripping the earth’s capacity to fuel that consumption, the future is bleak – our planet is terminally ill. But the situation is far from hopeless for the profession. Cristina Goberna told us there was at least one child in Medellín, Colombia that thinks architecture can end wars!

If we don’t teach our students to question the status quo, then we have hammered another nail in the coffin of architecture #HowSoonNow2016

Like palliative care-givers, architects have a huge responsibility to their patients – planet earth and those that dwell here, prolonging their lives, treating them with dignity and making them more comfortable. Right “now,” and in all future “nows,” the role of the architect as generous citizen, as policymaker, as civic intellectuals (thanks again to Vicente Guallart for that term) and, in particular, as designers of buildings has never been more crucial. This brings me to the second of those majestic grey beasts: the lack of buildings on screen in Adelaide. The creative directors made it clear that buildings were not the focus of their ambition – that bigger questions needed to be asked. Amid the calls to arms and worthy discussions about policy and advocacy roles for architects, we did see some fabulous built work, but I was left wanting more. Not simply uncritical slideshows, but more evidence that might help unravel the complex relationship between policy by one architect and product by another. When Matt Davis asked Cristina Goberna, Kevin Low, Vicente Guallart and Greg Mackie to cite examples of this relationship, none provided a convincing answer. So more – yes, I’ll say it – more buildings, not necessarily “capital-A” architecture, but built work to inspire people to get involved outside the core of the discipline, to know that it is possible to make a difference in the built environment beyond the traditional sense of design. Fear not, the answers are out there. In Australia, we see how Director of City Design at the City of Melbourne Rob Adams has put in place strategy to revitalize the city’s lanes and more, and how the City of Sydney’s Design Excellence program, under the guidance of Graham Jahn, has led to well structured design competitions that will soon (not now but soon) result in a new public library and swimming pool designed by relatively unknown practices Stewart Hollenstein (with Colin Stewart Architects) and Andrew Burges Architects respectively.

‘#architecture as a profession needs to re-brand itself, to show that we offer more.’ Nick Tridente #HowSoonNow2016 ping @ArchInsights

Already I can’t remember everything from How Soon is Now? … How soon was yesterday? However, a few moments and ideas stick in my mind. The first is the simple joy I find in being provoked. Another, perhaps more important recollection is Nasrine Seraji’s observation about the audience – essentially asking why we are talking to ourselves, rather than inviting greater participation. Yes, greater participation is essential, but that does not mean we cannot also talk among ourselves. Last is my memory of familiar and less familiar faces from the conference in the charming lanes and bars of Adelaide after the event, talking about the issues raised, asking questions, disagreeing … being curious. With the celebrations over, many delegates may have already forgotten some of the details from How Soon is Now?, but hopefully they’ll recall their curiosity and share it – with architects, clients and politicians – hopefully they are doing so right “now.”

Read John de Manincor’s reflections on day one of How Soon is Now? here. 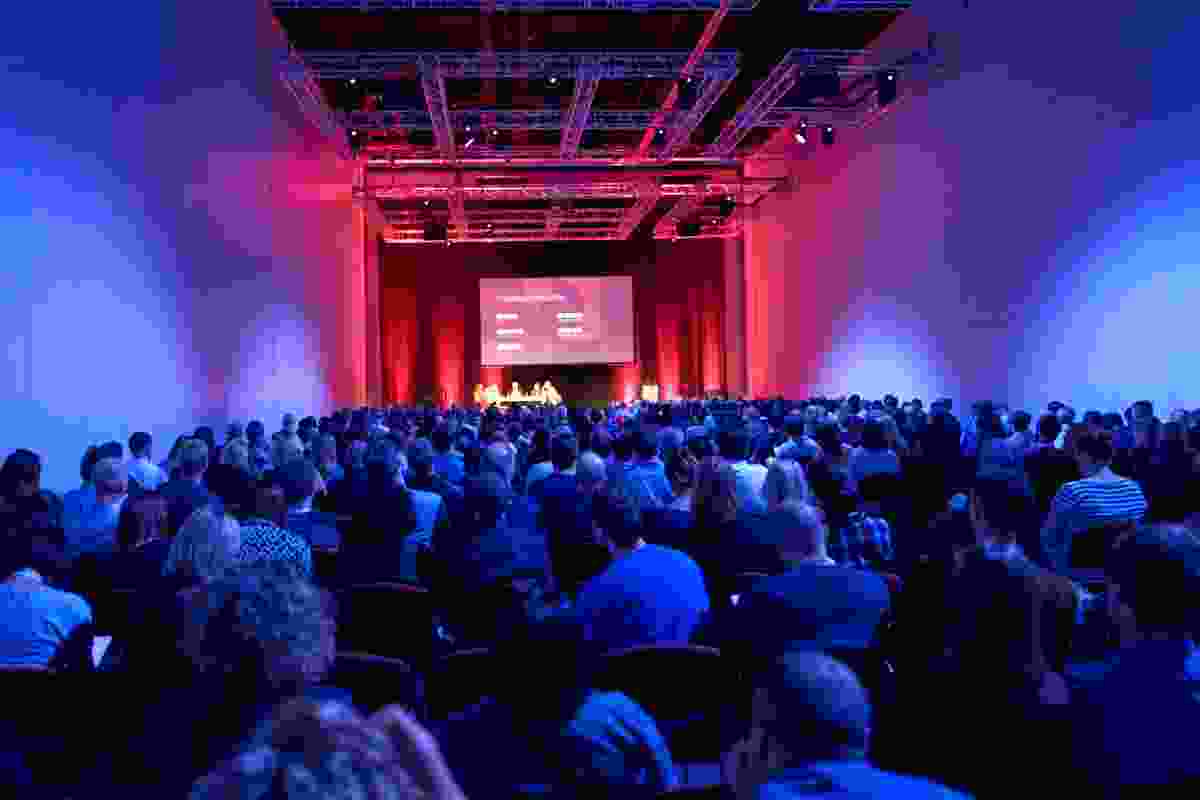 How Soon is Now? at the Adelaide Convention Centre. 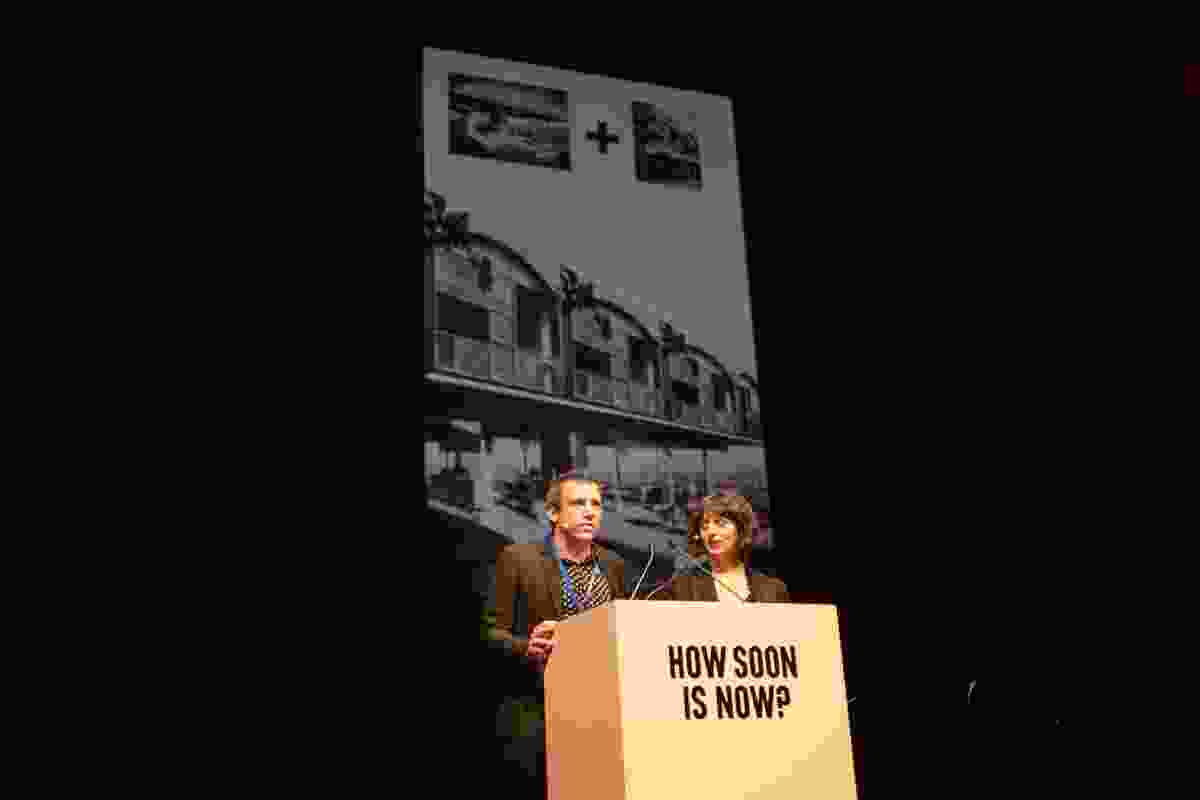 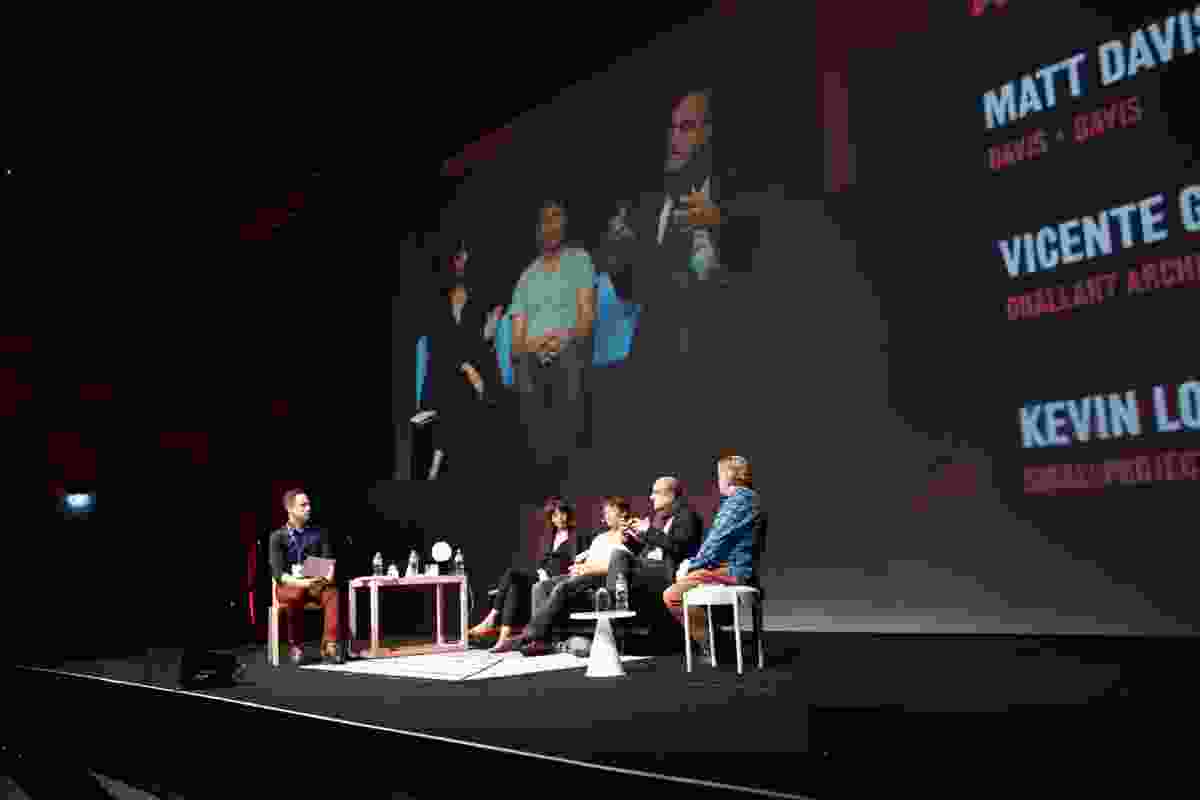 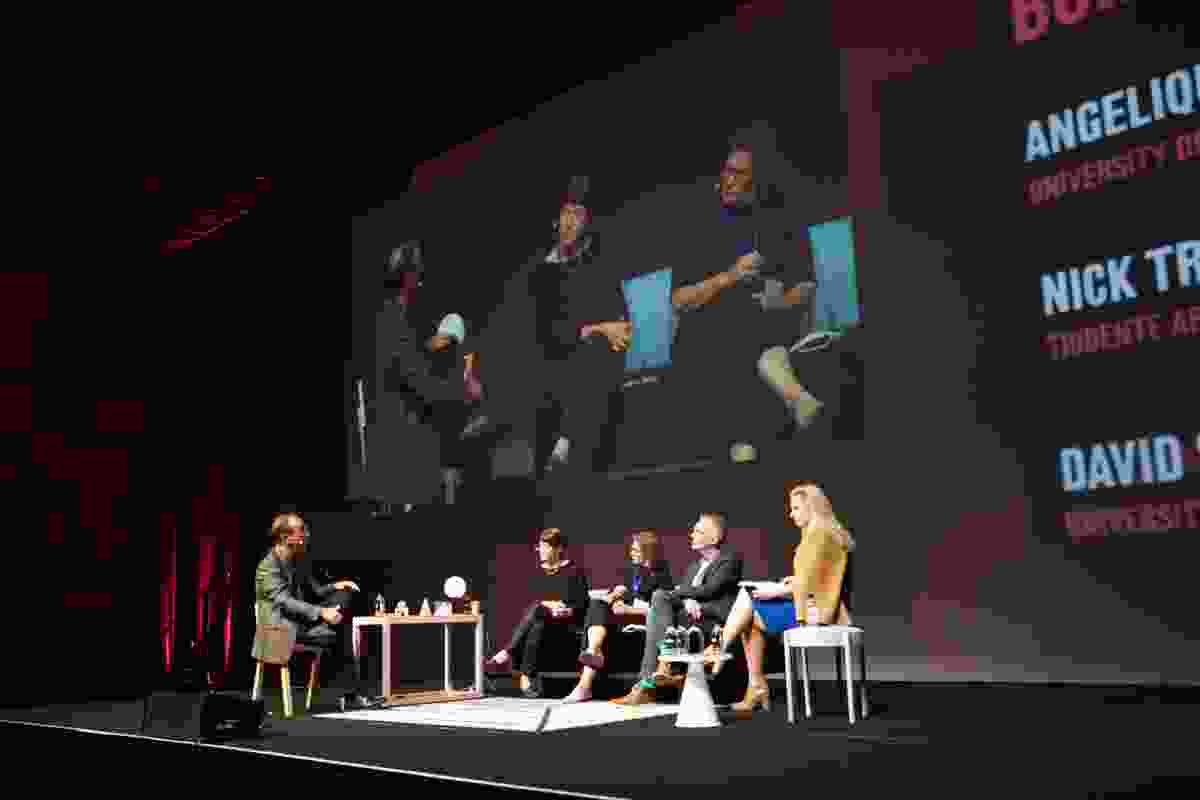 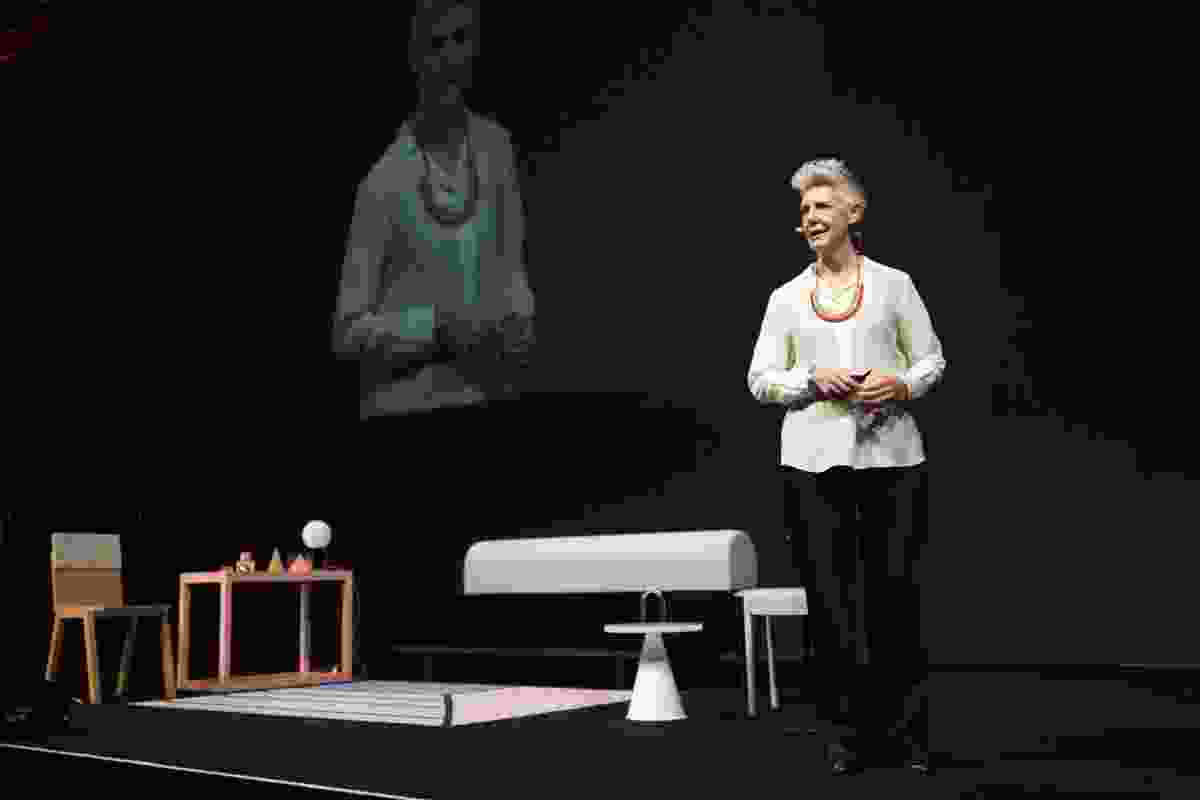