A duo of young Melbourne designers has won a one-day challenge with an ingenious design for a moveable airport restroom.

Yiyun Yang and Hongxuan Chen, from CHT Architects and RPtecture Architects respectively, won the Roca One Day Design Challenge with Transformers, a proposal for a transportable restroom produced to a tight, nine-hour deadline. Made with a folding walls system, the restroom unit can adapt to users with different needs. It has a water recycling system and its toilet and basin set is adjustable in height.

The brief for the challenge, revealed to competitiors on the morning of the challenge, called for a design that reimagined the airport restroom – with a focus on hygiene, accessibility,

The competition is driven by international bathroom product producer Roca, takes place annually in 15 countries and came to Australia for the first time this year. As a “novelty” this year, the first place prize winners will receive an invitation to travel to Barcelona to participate in a grand final against contestants from other countries early in 2020.

The aim of the competition is to promote young and emerging design talent. Entry was open either to individuals or teams of up to three, and all entrants must be under 30 years of age. 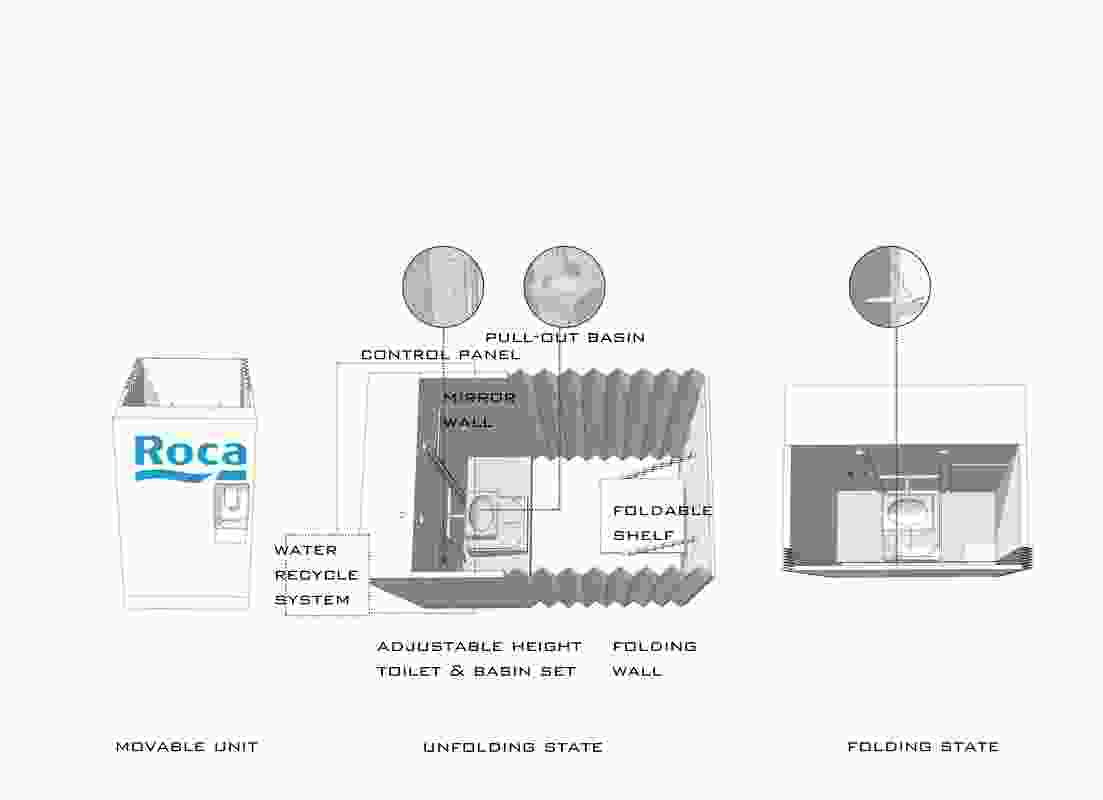