Architect Eero Saarinen with a model of the St. Louis Gateway Arch.

Hosted by the Robin Boyd Foundation at Walsh Street, the house designed by architect Robin Boyd for his family in 1958, the DADo film festival aims to bring “the best in documentaries and films on architecture, design and urbanism” to Melbourne audiences.

Each screening will be accompanied by a presentation by a guest speaker. Guest speakers in the past have included prominent architects, designers, academics, artists, film critics, and individuals whose interests and experience intersect with a particular film.

Bookings for DADo screenings are open first to film society subscribers. Booking information for non-subscribers can be found here. 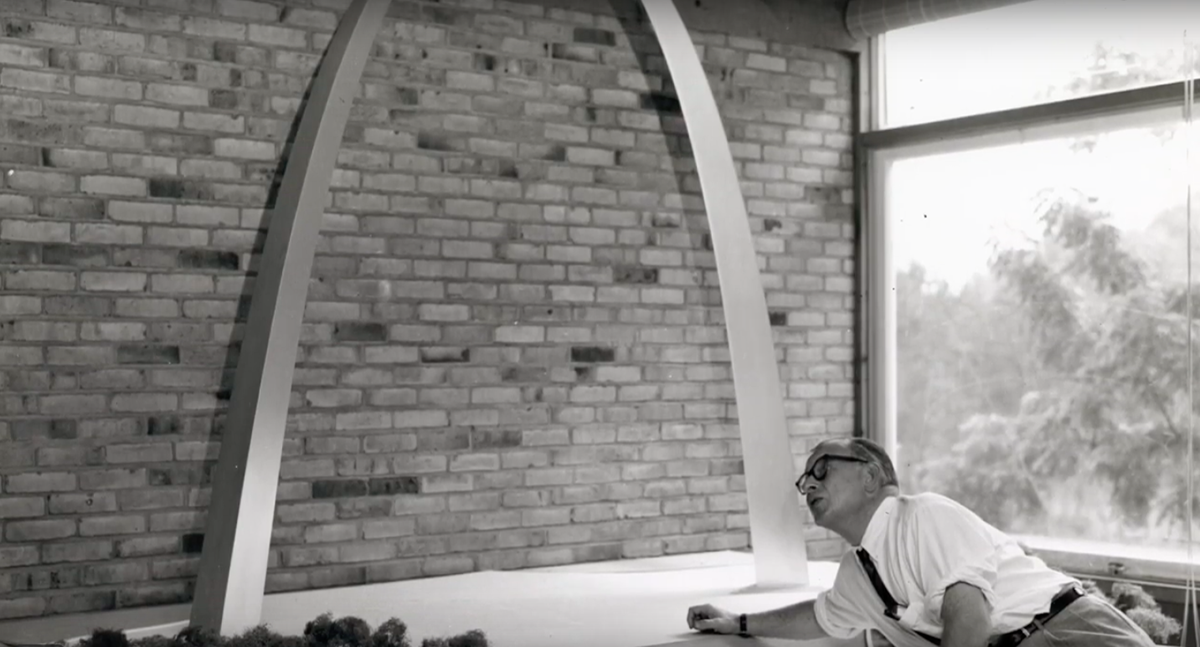 Architect Eero Saarinen with a model of the St. Louis Gateway Arch.