Dr Jennifer Ferng is Lecturer in Architecture at the University of Sydney. She received her PhD from the Massachusetts Institute of Technology and holds professional design degrees from Princeton and Rice University. She is an architectural historian who works broadly between art history and the history of science with a focus on modern Europe. Her academic accolades include awards from the Samuel H. Kress Foundation, Yale Center for British Art, Paul Mellon Centre for Studies in British Art, Embassy of France and French Ministry of Foreign Affairs, the Society of French Professors and Francophones in America, Center for European Studies at Harvard, Society of Architectural Historians, and the Canadian Centre for Architecture. Her recent publications are diverse in topic, ranging from sociability at the Palais du Louvre and English geology to more contemporary projects that address piracy and its effects on geopolitical borders as well as mandatory detention in Australia and Southeast Asia. She is a co-editor of Architectural Theory Review, a panel member at Leonardo MIT Press, and a chief researcher with the Sydney Intellectual History Network. 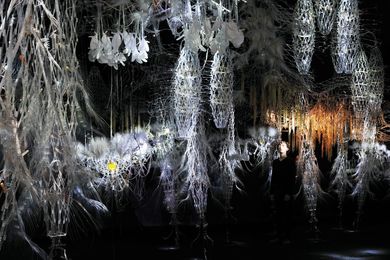 Biomaterials and modes of praxis

Are so-called “biomaterials” redefining how architects engage with biological systems?