DesignOffice is a multi-skilled team of designers and architects located in Melbourne’s Collingwood. The studio is directed by Mark Simpson and Damien Mulvihill.

Mark and Damien first met in London in 2003 where they both worked on the refurbishment of the South Bank’s Royal Festival Hall for then UK Architectural Practice of the Year; Allies and Morrison. Within a short time they were both working as part of the core design team for London’s Universal Design Studio, creating and delivering projects for clients including Liberty of London and Canteen.

Before they re-joined in Melbourne to establish Universal Design Studio’s Australian office, Mark and Damien worked at some of Australia’s best known design practices. After his time in London, Damien returned to BVN Architecture in the role of Practice Director of Workplace working with clients including Baker & McKenzie and the ASX. At this time, Mark was working as a Senior Designer at Melbourne’s Carr Design Group working across a range of sectors with clients including Australian law firm Deacons and Grocon. 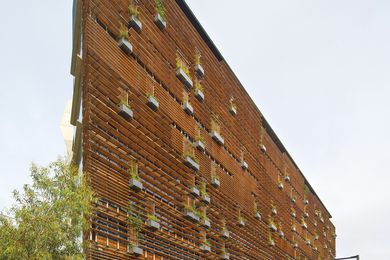 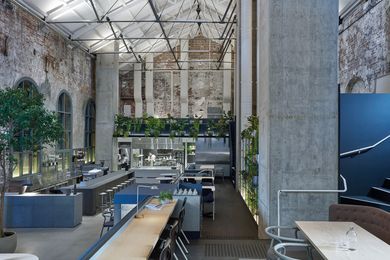 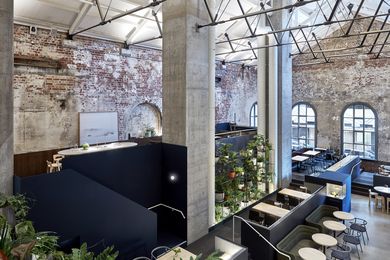 DesignOffice has teamed up with the owners of famed Melbourne cafes Top Paddock and The Kettle Black to turn a cavernous former power station into a refined and welcoming all-day dining venue in the CBD. 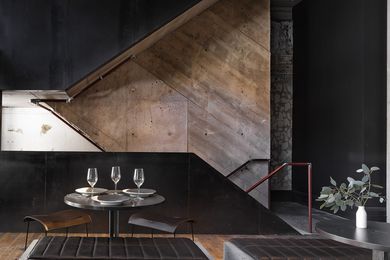 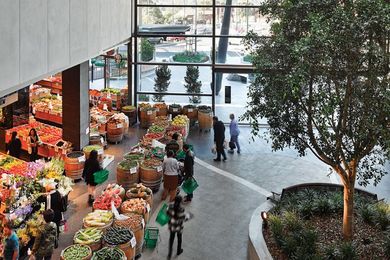 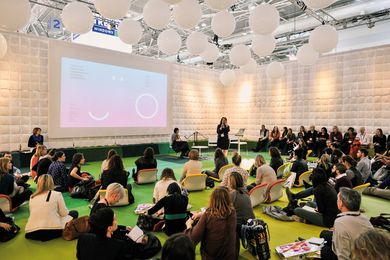 A seminar space called The Happy Place and a glamorous bar provided some memorable settings at Designex (14–16 May 2012) in Sydney. 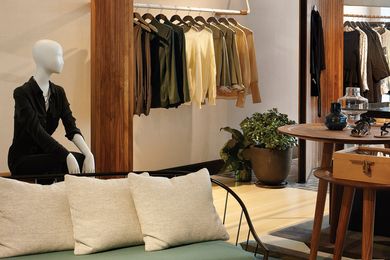 DesignOffice’s interiors for the My Catwalk fashion boutique in Sydney’s Double Bay. 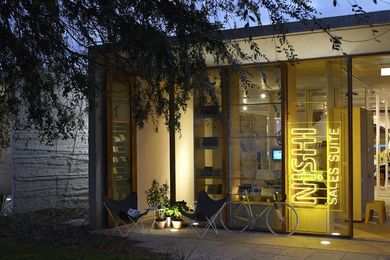 DesignOffice’s display suite for the Nishi development in New Acton, Canberra, is a study in funky urban living.