Neil Clerehan established his practice in Melbourne in 1949. As Director of the RVIA Small Homes Service (1954–61), he wrote weekly articles on architecture for The Age newspaper. In 1961, he published Best Australian Houses . In partnership with Guilford Bell from 1962, he resumed practice under his own name in 1964. From 1980 to 1996, he was in partnership with David Cran. Clerehan Cran operated until Cran’s death in 1996. In 2008, Clerehan was awarded an honorary doctorate in architecture by the University of Melbourne. Aged 92, Clerehan continues in sole practice. 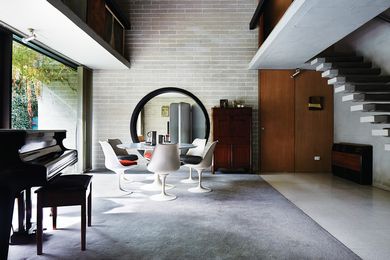