The Australian Tapestry Workshop has finished producing the winning design of the 2016 Tapestry Design Prize for Architects (TPDA), which is now the world’s only international tapestry design competition with an architectural focus.

Designed by Justin Hill, the winning design, titled 22 Temenggong Road, Twilight, is based on a photomontage of two homes: one which he lived in throughout his 30s and 40s in Singapore, the other a home in Tasmania. Silhouettes of himself and his mother can be glimpsed in the centre of the tapestry.

Hill is an Australian-born, Singapore-based architect and director of Kerry Hill Architects. In addition to his architectural work he has been the stage designer of more than 30 theatre, opera and dance productions.

At the time his design was selected as the winner, Hill said, “The scene is early one evening, taken from an adjusted photograph looking from the garden into my house, when the luminous blue of the short tropical twilight briefly equalizes with the light within the house.

“Only then is the interior of the house revealed through layers of fraying blinds, and window mesh, as the layers in the timber framing and walls of the house become visible.”

The tapestry will be the centrepiece of an exhibition to be held in Brisbane as part of the Asia Pacific Architecture Forum from 16 March. Titled Tapestry and Architecture, the exhibition will also include a display of the 2018 TPDA finalists. That iteration of the competition, which tasked architects with designing a tapestry for Étienne-Louis Boullée’s unbuilt Isaac Newton cenotaph, resulted in entries featuring gravitational waves, a giant eye and “symbols of female fecundity”

The tapestry, now on sale through the ATW, is the second prize winner to be produced by the workshop. The first was one of two inaugural winners of the prize in 2015, entitled Perspective on a Flat Surface, by John Wardle Architects, and was produced with a donation from Sydney philanthropist Judith Neilson.

Tapestry and architecture have a long-standing relationship. In Australia, Sydney Opera House architect Jørn Utzon designed the tapestry adoring a small concert room that is now known at the Utzon Room and commissioned Le Corbusier to design a tapestry for the Opera House in 1958, which now hangs in the Western Foyers.

The TDPA is a partnership between the Australian Tapestry Workshop and Architecture Media, publisher of ArchitectureAU. 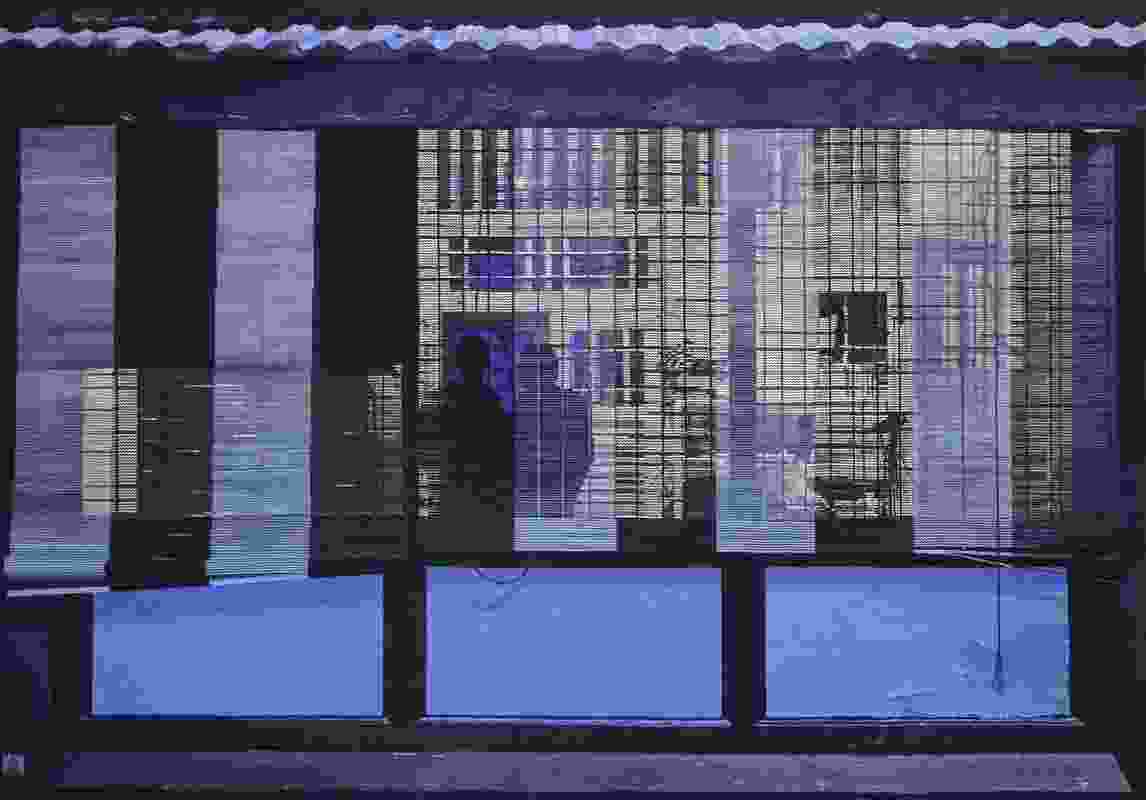 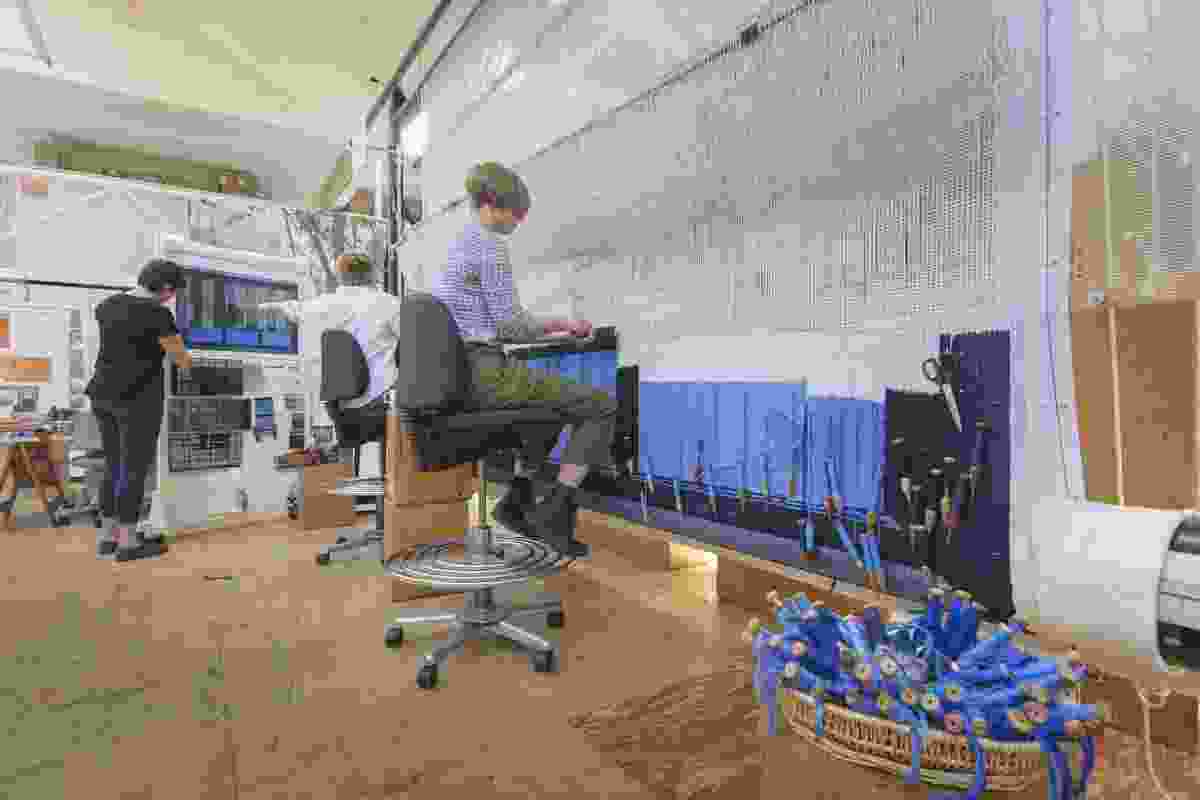 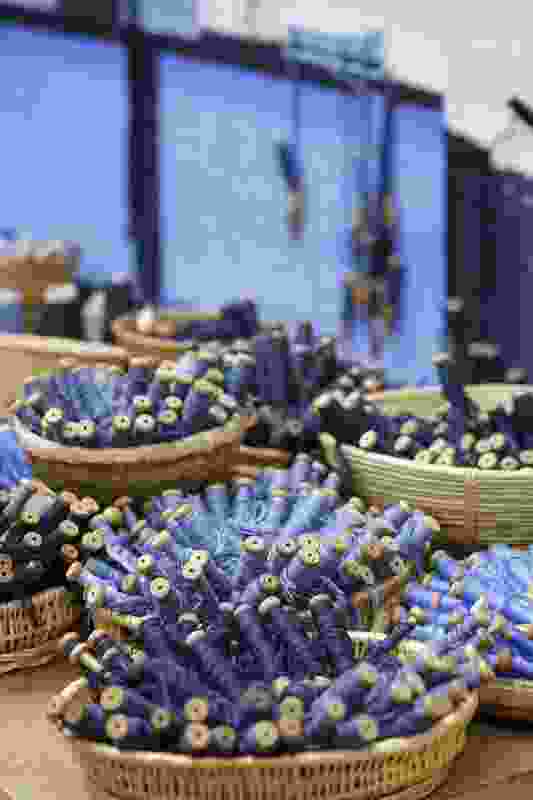 An array of bobbins used to weave 22 Temenggong Road, Twilight,. 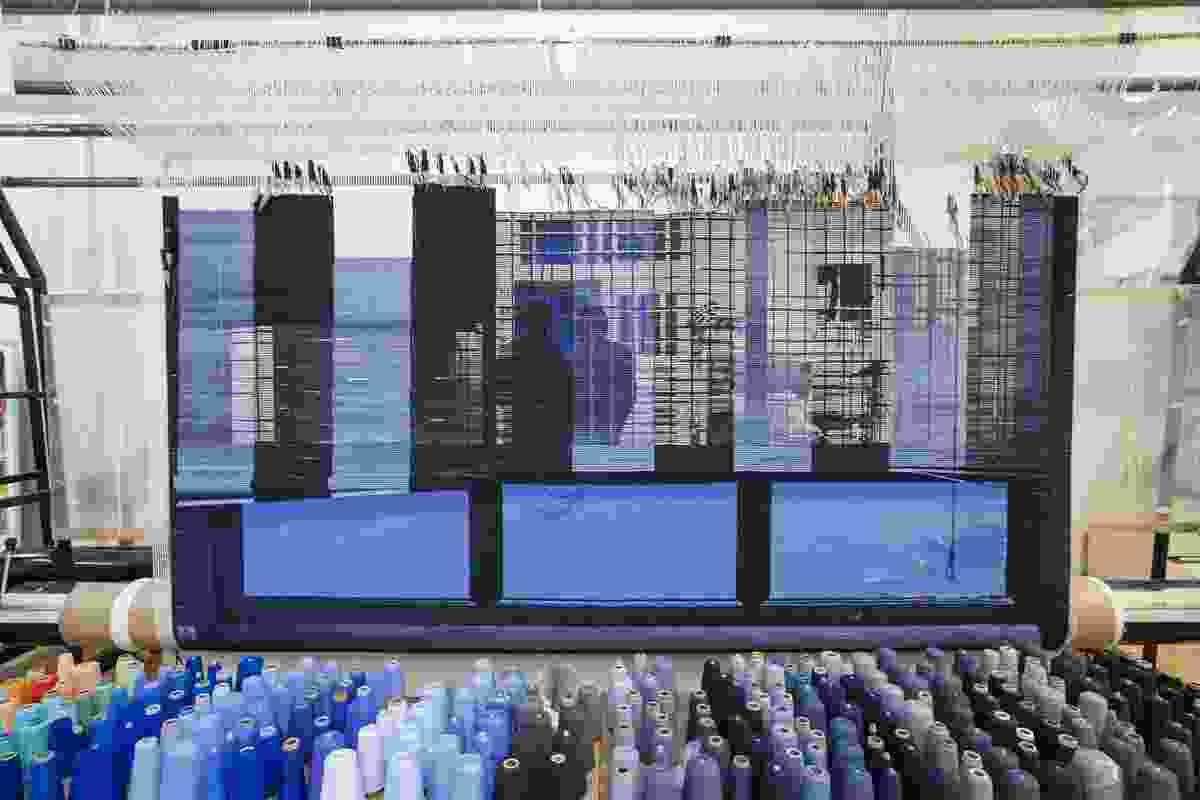