The prize invited architects to create design proposals for a site-specific tapestry, which this year was to be hypothetically located in the National Gallery of Australia (NGA) in Canberra, designed by Col Madigan, which opened in 1982 and was extended in 2010 by Andrew Andersons.

Justin Hill’s winning design, titled 22 Temenggong Road, Twilight, is based on a photomontage of two homes: one which he lived in throughout his 30s and 40s in Singapore, the other a home in Tasmania (the photograph of which depicts silhouettes of himself and his mother).

“The scene is early one evening, taken from an adjusted photograph looking from the garden into my house, when the luminous blue of the short tropical twilight briefly equalizes with the light within the house. Only then is the interior of the house revealed through layers of fraying blinds, and window mesh, as the layers in the timber framing and walls of the house become visible,” said Hill of his winning tapestry design.

“This reminded me of stage designs I have done over the years. For example, following an anticipatory opening overture when house lights fade and a previously invisible scene on the stage emerges from behind painted gauzes as the stage lights come up and the gauzes seem to magically dissolve. It’s an old trick of the trade and always beautiful.

“Of interest to me is the slight impressionistic blurring of the scene brought about by the layer of the blinds, and the many blues in this piece bring luminosity and depth.”

The Australian Tapestry Workshop awarded the $2,500 second prize to Unknown: Author(s) by Tiffany Liew. Liew’s tapestry design depicts an unfinished tapestry featuring a collection of reused decorative elements from ancient architecture. “It includes an ancient Greek figure from the Caryatid Porch and a detail of St Mark’s Basilica, the largest depository of stolen architectural fragments in the world,” Liew said. “Both are prime examples of how building elements were stolen, recycled from other places and installed for narrative effect, challenging the intentions of their previous ‘original’ authors.”

The $1,500 third prize was awarded to Sarah Lake Architects for Concrete Tapestry. The design takes inspiration from the bush-hammered concrete of the original NGA building and depicts an image of destruction in the centre.

The prize winners were judged on a range of criteria including artistic merit and how the tapestry design responds to contemporary architectural space.

The $1,000 People’s Choice prize went to Andrew Foster and Jessica Kreps for Hole in the Wall. The tapestry design shows the destruction of open-cut mining on the Australian landscape and draws a parallel between Australia’s one-time economic prosperity thanks to the mining boom and the use of Australia’s natural resources as a national ATM – hence the title “Hole in the Wall,” a colloquial term for the money-dispensing machine.

The designs of the prize winners and finalists will be on exhibition at the Australian Tapestry Workshop in South Melbourne until 21 October. 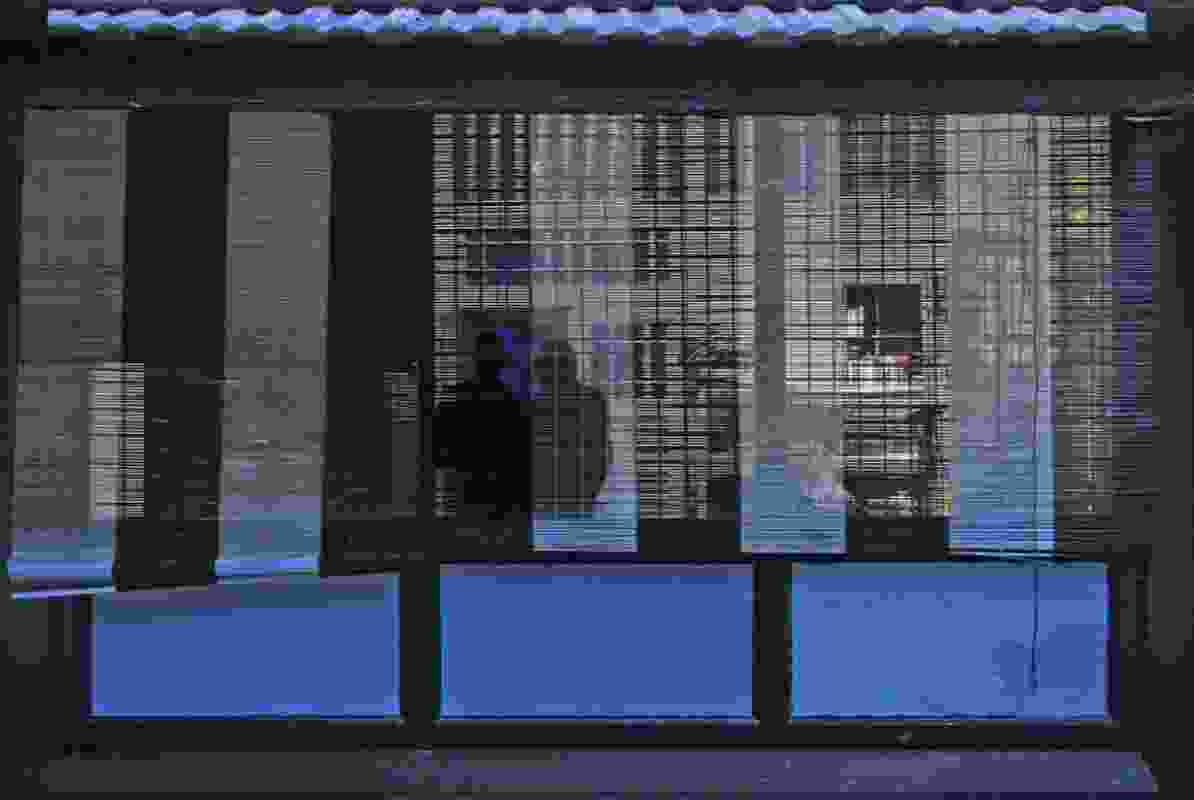 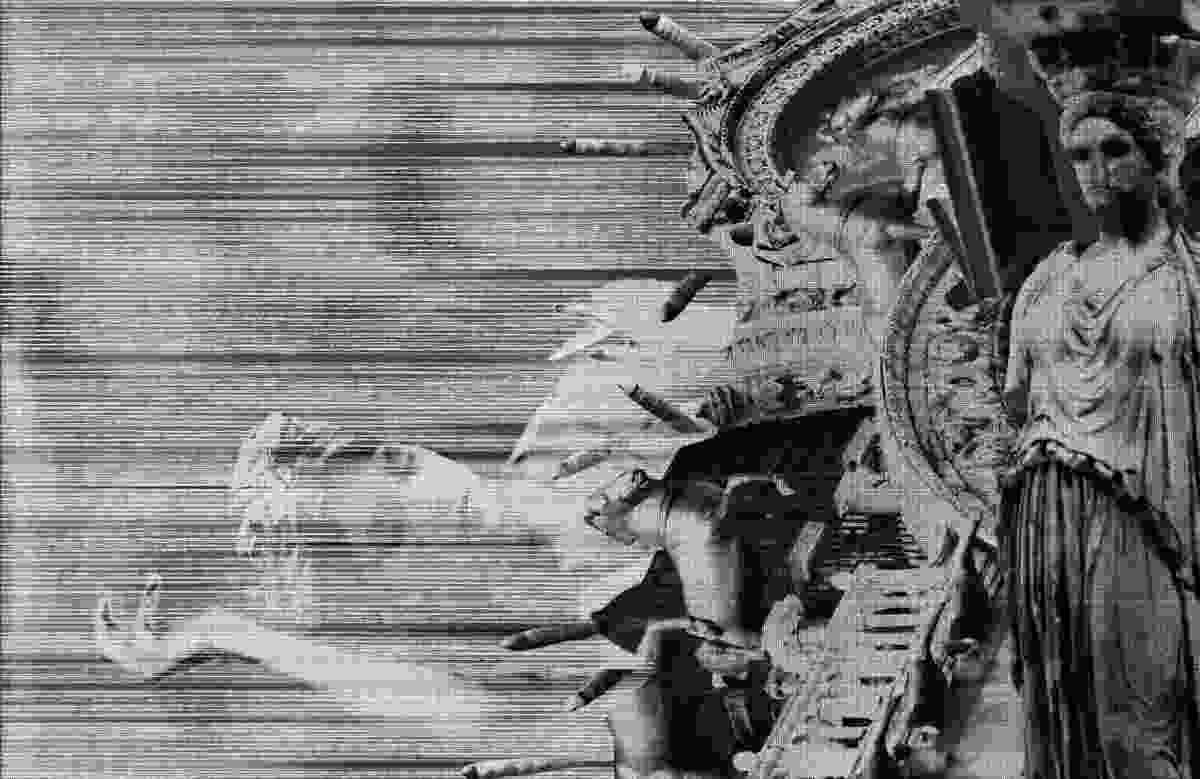 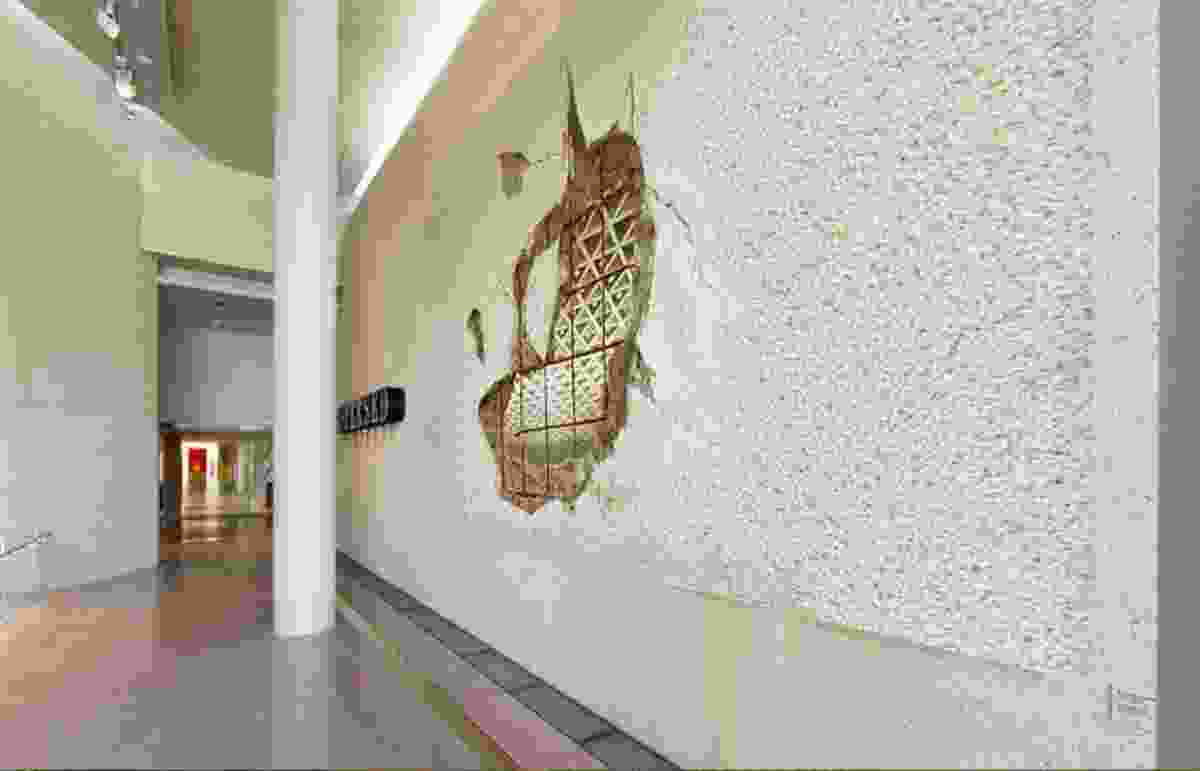 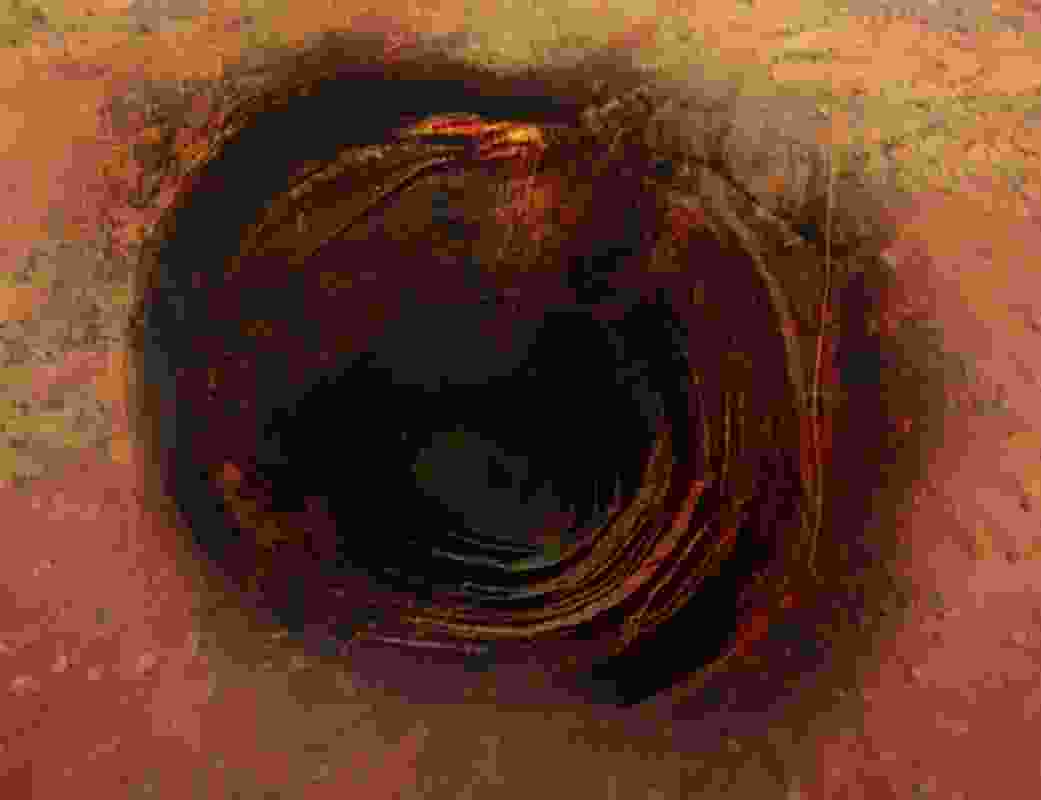 Hole in the Wall by Andrew Foster and Jessica Kreps.