Construction of a $50 million administration and library building, part of the $270 million cultural and civic precinct in central Fremantle, is due to begin in August, in what the local council describes as one of the “biggest developments in Fremantle’s history.”

The building will adjoin the rear of the historic 1887 Fremantle Town Hall, originally designed by John Grainger and Charles D’Ebro. It will form a triangular footprint that occupies the south-eastern half of Kings Square, with St John’s Anglican Church occupying the other half.

A key feature of the design is an inclined “City Lawn,” partially recessed into the building’s frontage, which will act as a public space and as the entrance to the building. On the ground plane, a new public library will sit partially underneath the lawn, with glass walls allowing views into the library from both the lawn and the street.

Inside the building, a sandstone cylinder “Civic Drum” will contain a number of council offices and function spaces.

The building will replace the current International-style council administration facilities, public library and the Fremantle Visitor Centre. In a heritage report prepared for the council, heritage architects Griffith Architects applauded the way the “design reintegrates the Town Hall back into the centre of civic life.”

While the administration and library building is being paid for by the City of Fremantle, the development of the precinct also includes the $220 million commercial redevelopment of the former Myer building and the demolition of the Queensgate building that sit to the east of Kings Square, by developers Sirona Capital.

Completion is expected in mid to late 2019. Construction on the former Myer and Queensgate buildings will also begin in mid- to late-2017. 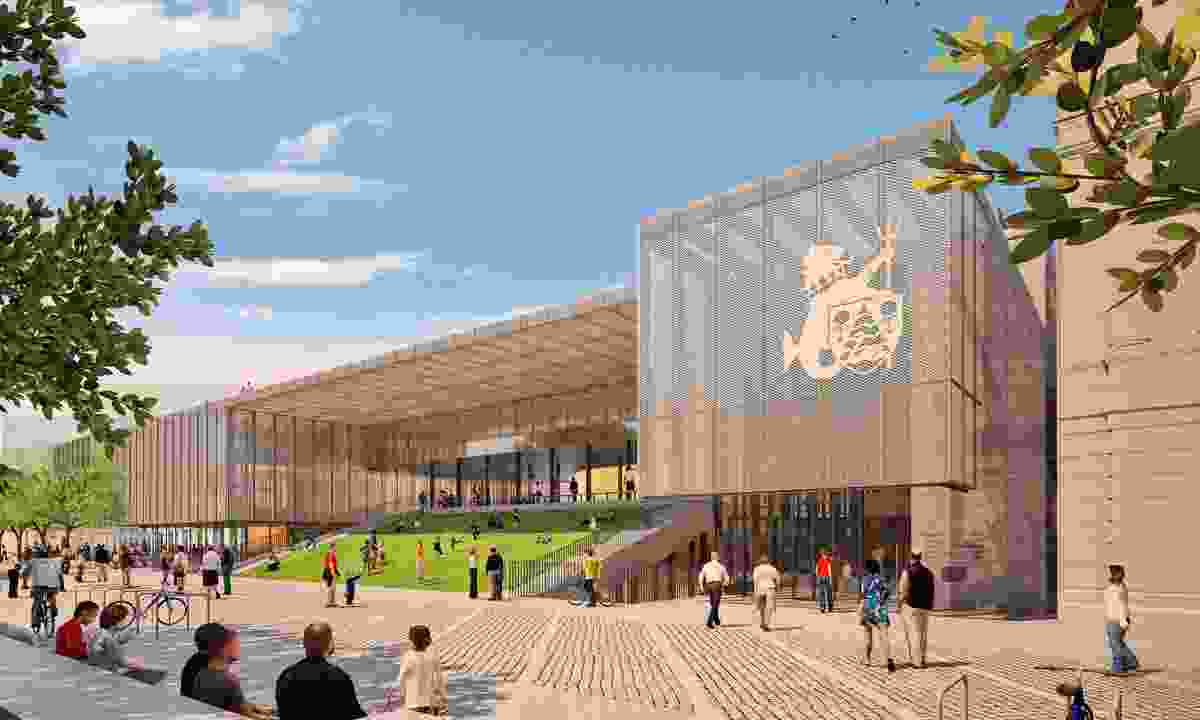 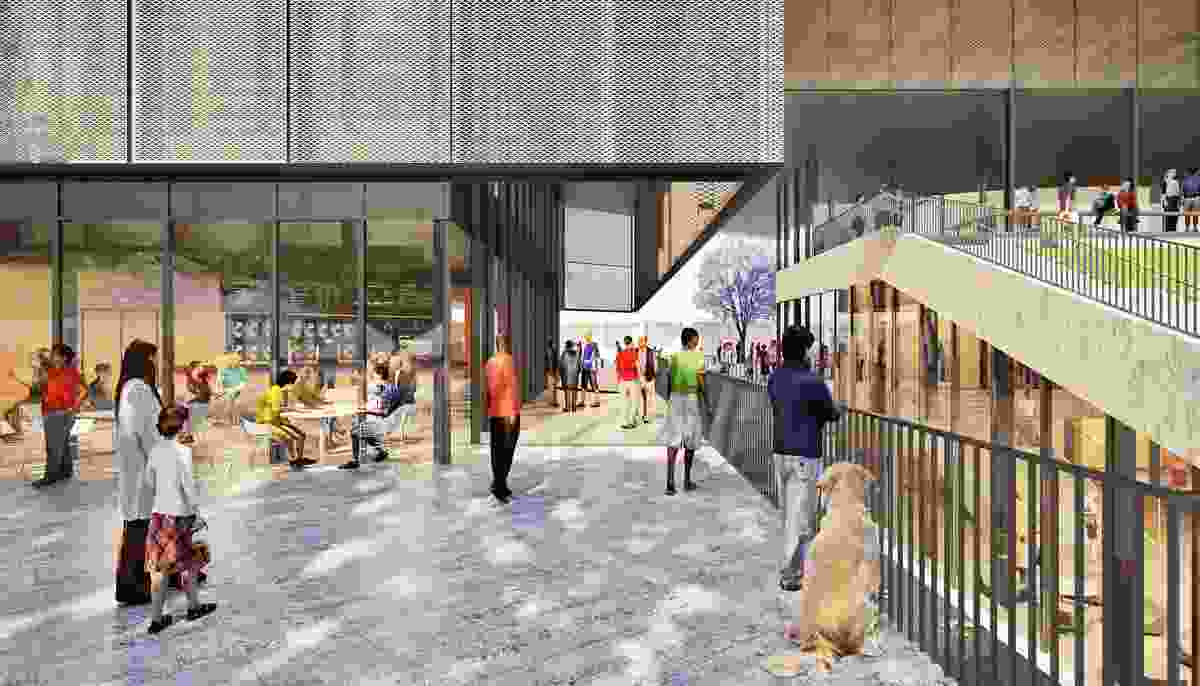 The Kings Square civic building by Kerry Hill Architects. The “city lawn” over the library can be seen on right. 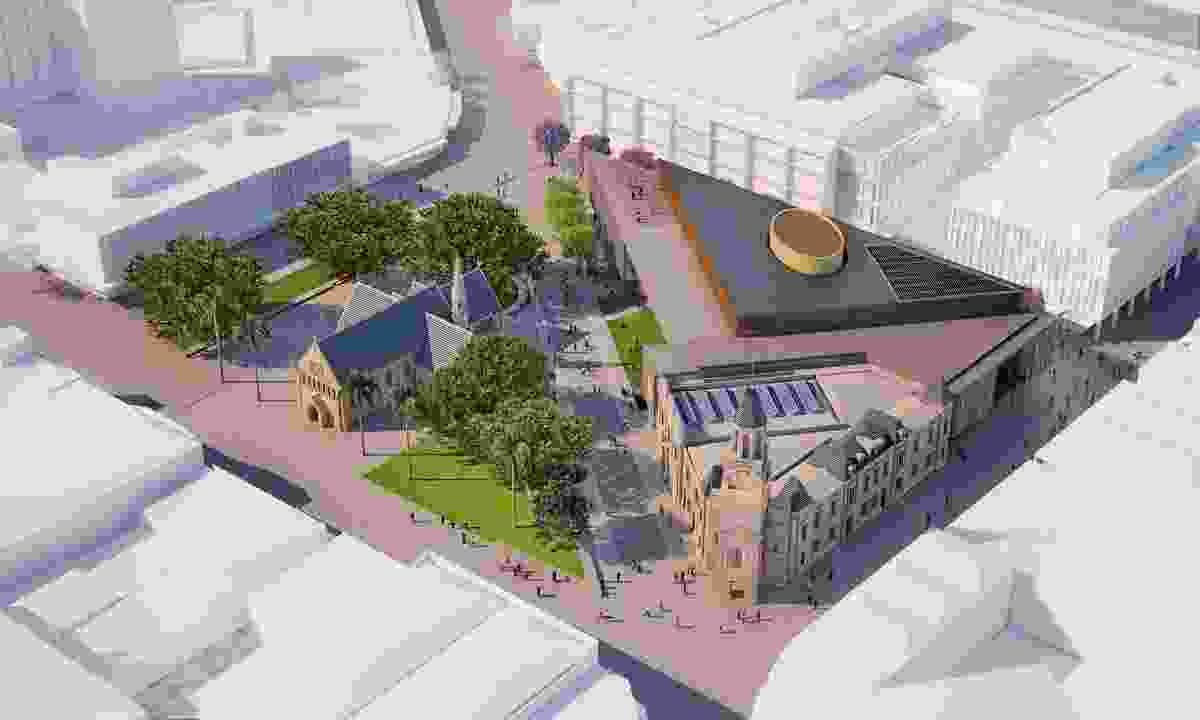 Overview of the The Kings Square civic building by Kerry Hill Architects. 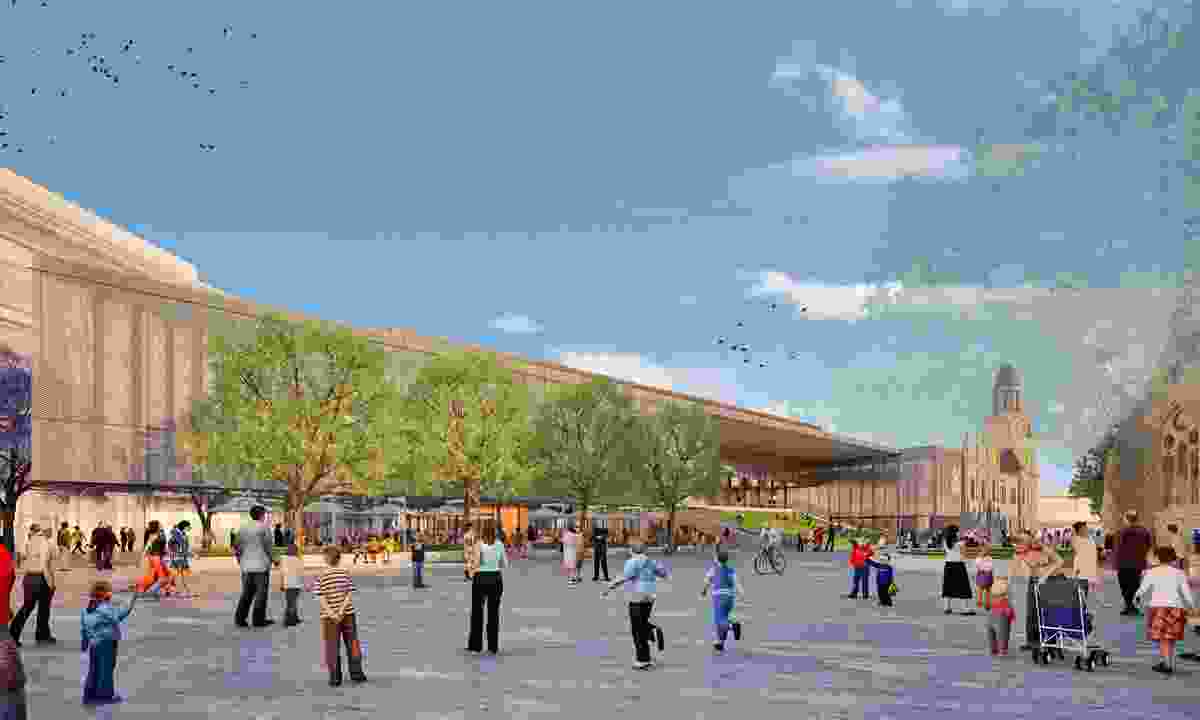 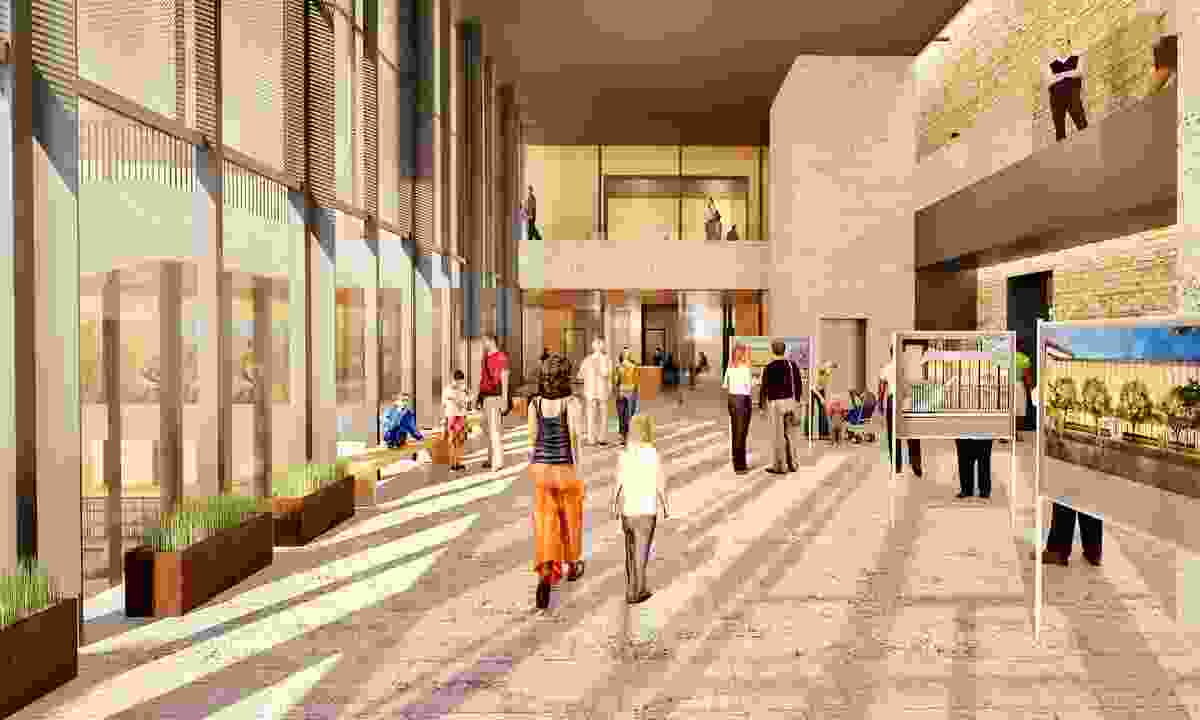