Future projects in South Perth at risk after court ruling

The 44-storey tower by Hillam Architects that has now been submitted for approval.

A ruling by Western Australia’s Supreme Court on a mixed-use tower project has raised questions about the future of development in the South Perth Station Precinct.

The special control area known as the South Perth Station Precinct was established in January 2013 in order to facilitate more intensive development.

Developer Edge Visionary Living submitted a proposal for 74 Mill Point Road to the City of South Perth, and it was approved by the Metro-Central joint development assessment panel – the relevant authority – on 25 May 2015.

Two residents who own apartments across the street from the development opposed the approval in the Supreme Court, arguing that the development assessment panel (DAP) had exceeded its jurisdiction in numerous ways.

Although a number of grounds for rejecting the approval were put forward by the applicants, the two that the judge upheld were related to the building mostly consisting of residential spaces. Under the plan for the area, new projects are supposed to contain mostly non-residential spaces.

Following the ruling, the City of South Perth released a statement that said future developments would need to comply with the court’s decision.

Since the court ruling, the City of South Perth has put forward an amendment to the planning scheme for the South Perth Station Precinct that would see a reduction of the overall special control area and the introduction of absolute height limits, increased setbacks and other restrictions.

According to the council, although the amendment has not yet been adopted, the council or the development assessment panel must still take it into consideration when they are making decisions on projects.

Edge Visionary Living has submitted a new development application for a building on the Mill Point Road site with more commercial spaces and an increase in the number of storeys from 29 to 44. A decision on the new proposal is expected to be handed down by the Metro-Central joint development assessment panel later this month.

“DAPs are not democratic bodies representing the ratepayers and do not reflect the aspirations or values of the community regarding development,” said the South Perth mayor Sue Doherty. The council is pushing for the abandonment of DAPs in favour of ministerial authority on projects above a certain value or size.

Future projects in South Perth at risk after court ruling 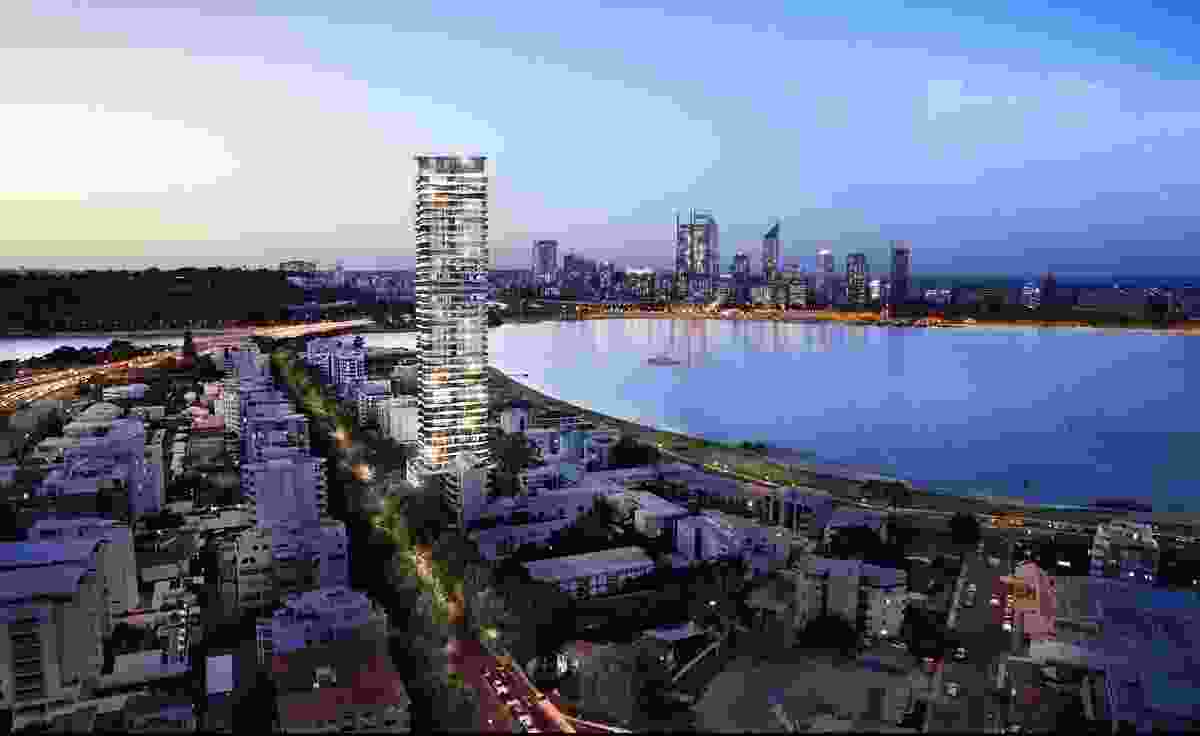 The 44-storey tower by Hillam Architects that has now been submitted for approval.