Designs by Wilkinson Eyre for Crown’s Barangaroo casino tower have been tweaked to feature more apartments and more car parks in a development application modification currently being advertised. The tower in its original form was approved in 2016.

The reconfigured design features an increase of the number of apartments, from 66 to 87, and a net increase of 31 car parks in the basement. The additional apartments would use 1,812 square metres of floor space previously designated as “contingency gross floor area” through “the consolidation of back of house, plant room and storage areas.” A new observation deck accessible to the public would be located on the 66th floor, and the hotel section of the tower would also be reconfigured.

The modification application does not significantly affect the exterior design of the tower.

The application, prepared on Crown’s behalf by Ethos Urban, states, “The proposed amendments to the residential unit count reflect a reconfiguration of the internal layout and consolidation of dedicated plant areas. These changes have arisen as a result of buyer feedback during the marketing campaign, as well as the rationalization of plant areas and equipment during design development which has been carried out as part of the construction documentation phase.”

The planning assessment process for the project is supervised by the state government. However, Lord Mayor of the City of Sydney, Clover Moore, took to Twitter to criticize both the project generally and the modifications.

“Both NSW Gov and Opposition supported the proposal to build this tower, cannibalising our planned parkland and continuous harbour foreshore,” she said.

“This remains an outrageous betrayal of the community’s trust, an abuse of power that places private profit ahead of the public interest.”

Construction of the tower began in 2017 and the tower is expected to be completed in 2021. 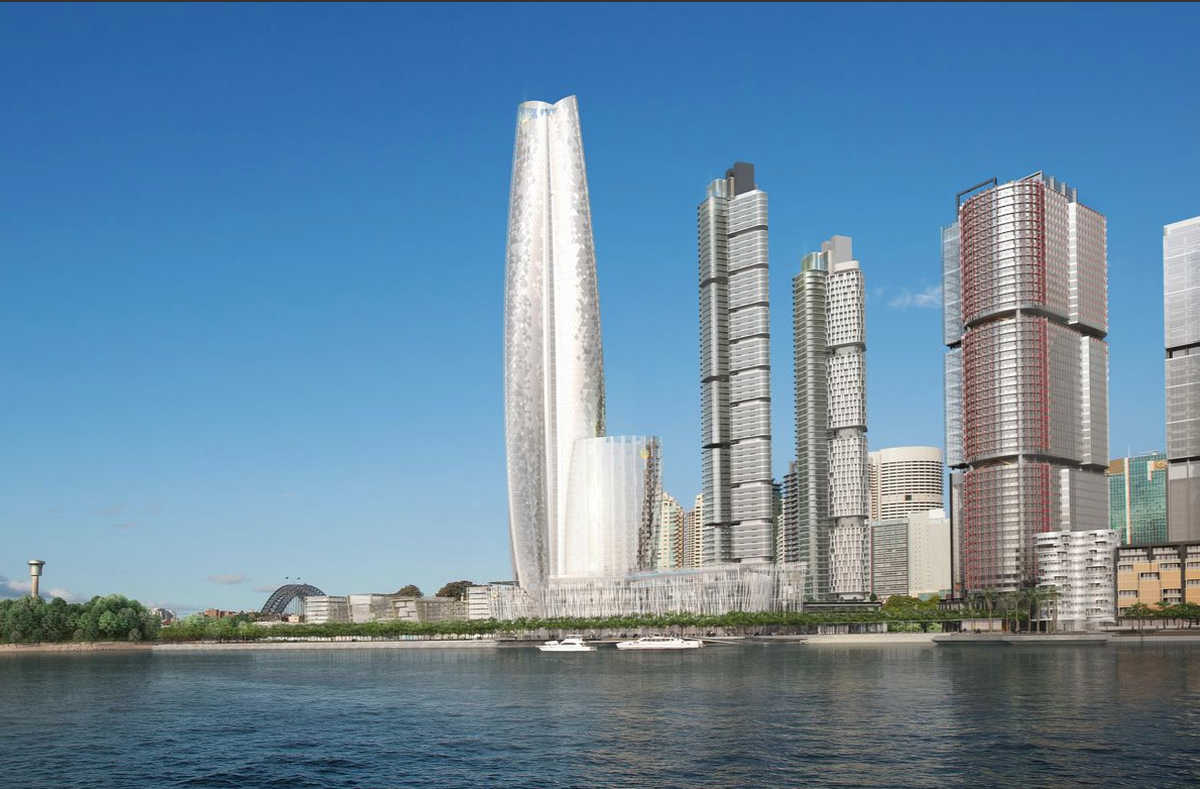