Officially opened on a windy day in October 1973 by Her Majesty Queen Elizabeth II, the Sydney Opera House in 2013 celebrates forty years as a cultural touchstone and tourist mecca. The anniversary will be marked with a month-long program of events that are both a celebration and a sign of things to come under new Sydney Opera House CEO, Louise Herron, whose goal it is to “fill the House 24/7”.

In recognition of the bonds this building has forged between Australia and Denmark, their Royal Highnesses the Crown Prince Frederik and Crown Princess Mary of Denmark will be the honoured dignitaries and special guests, along with members of the architect Jørn Utzon’s family, and other contemporary Danish designers. The 2013 Sydney Architecture Festival is scheduled to coincide with the celebration, with two key events based around the collaborations between Australia and Denmark: an architecture and design symposium, and the Danish Design at the House exhibition, to be opened by the Danish royal couple.

Architecture Makes The City Symposium (25 October) is a one-day event curated by University of Technology Sydney’s Professor Anthony Burke. The symposium brings Danish and Australian architects and designers to the stage to discuss the contemporary role of architecture and design in shaping our collective cultural imaginations and the cities in which they thrive. Burke teams up again with Gerard Reinmuth of Terroir to co-host some sessions, reprising their collaboration as cultural ambassadors (the pair were creative directors of Formations – Australia’s exhibition at the 2012 Venice Architecture Biennale).

Danish Design at the House (25 October – 11 November) is a contemporary design installation curated by architects Gerard Reinmuth (Australia) and Karen Kjærgaard (Denmark) in the western foyer of the Sydney Opera House. To be officially opened by the Crown Prince and Princess of Denmark, the exhibition brings together Danish artwork with contemporary and classic designs in six room-based installations in Utzon’s concrete windows, with sets designed by young Danish architects and realized by Terroir.

David Moore Photographic Exhibition (20–27 October) at Customs House returns Jørn Utzon’s 1968 compliment to Moore’s images: “The Sydney Opera House needs to be seen with a great artist’s eye such as yours,” with a showing of Moore’s documentation of the icon under construction.

Open Door (20 October) invites the public into the Concert Hall and the Joan Sutherland Theatre, the scene of so many triumphs past and future, while the 40th Anniversary Tour takes you through the theatres, rare archival footage and the stories behind the building, leaving you with a special-edition photograph as a memento.

As part of the fortieth anniversary program, a new student internship will be officially launched on 25 October by the Sydney Opera House, to continue the cultural dialogue between the next generation of Australians and Danes. Catering to students of architecture, engineering and design (in the built environment) in 3rd year or above, the MADE by the Opera House: a Multidisciplinary Australian Danish Exchange program will run for ten years, concluding in 2023 at the 50th anniversary of the Sydney Opera House. Applications opened 16 Septermber and close 1 October 2013. 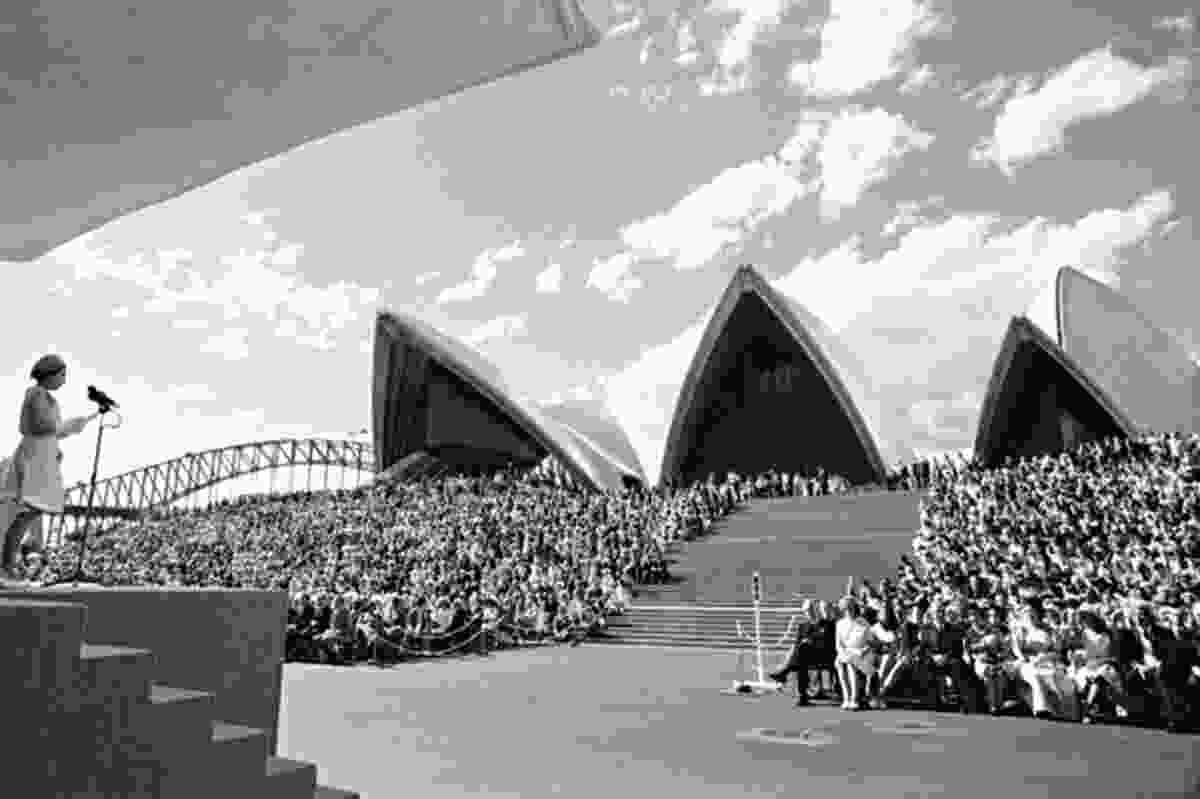 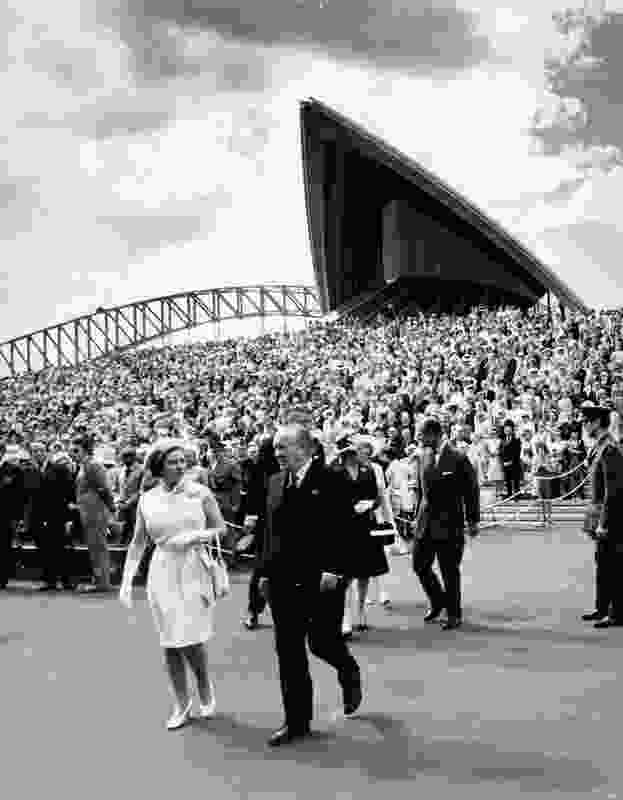 NSW premier Sir Robert Askin walks with Queen Elizabeth II at the opening of the Sydney Opera House in 1973.