A seventeen-storey, wedge-shaped tower will open on Sydney’s Pitt Street by 2020, the hotel company that will operate an upmarket hotel in the building has announced.

The tower at 430 Pitt Street, designed by BVN, will feature a sloping landscaped roof designed to be a visual extension of Belmore Park to the south.

Sydney council granted a stage one development application for a mixed-use building envelope at the site in 2015, at which point the developer was considering “various possible residential uses.”

The site was slated for a Holiday Inn in 2017, but on 16 May 2019 the Intercontinental Hotels Group announced the building would house a hotel from its more upmarket Voco franchise.

“…as the growing precinct continues to develop and there is more of a need for quality accommodation options for business and leisure travellers in Sydney CBD, it became clear that it was taking shape as an upscale hotel with a very distinctive character,” the company said in a statement.

The hotel will have 301 rooms, a restaurant and bar. The sloping roof will incorporate a significant landscape strategy and is being billed as a “green waterfall.” The firm behind the green roof proposal is 360 Degrees Landscape Architect.

BVN’s design for the tower has been informed by the adjacent historically significant Manning Building, designed by City Architect George McRae and constructed from 1891. In a 2017 development application for the project, BVN describes how the podium height continues the street wall of the Manning Building, while the detailed masonry facade will also be carried through.

The site, which sits opposite the Capitol Theatre, is currently occupied by an at-grade car park.

Correction (21/5/19): A laneway feature mentioned in this article is no longer part of the design. The story has been revised to reflect this. 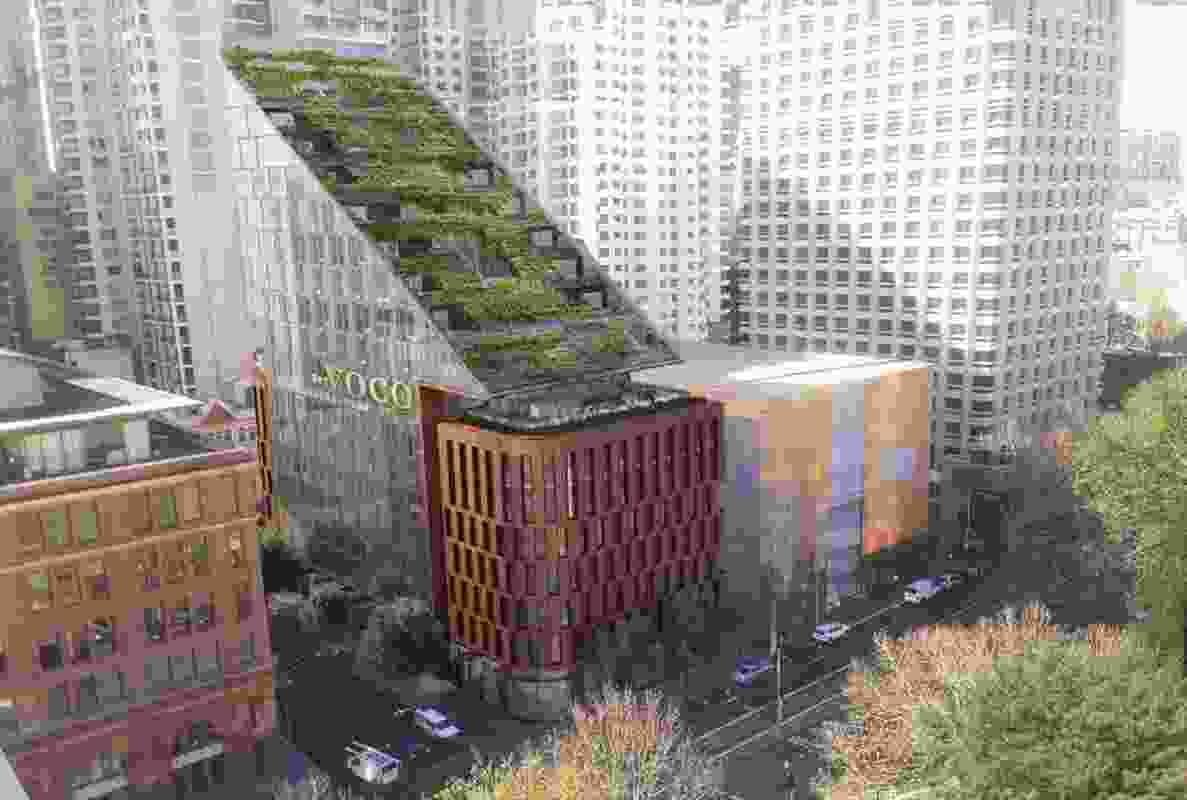 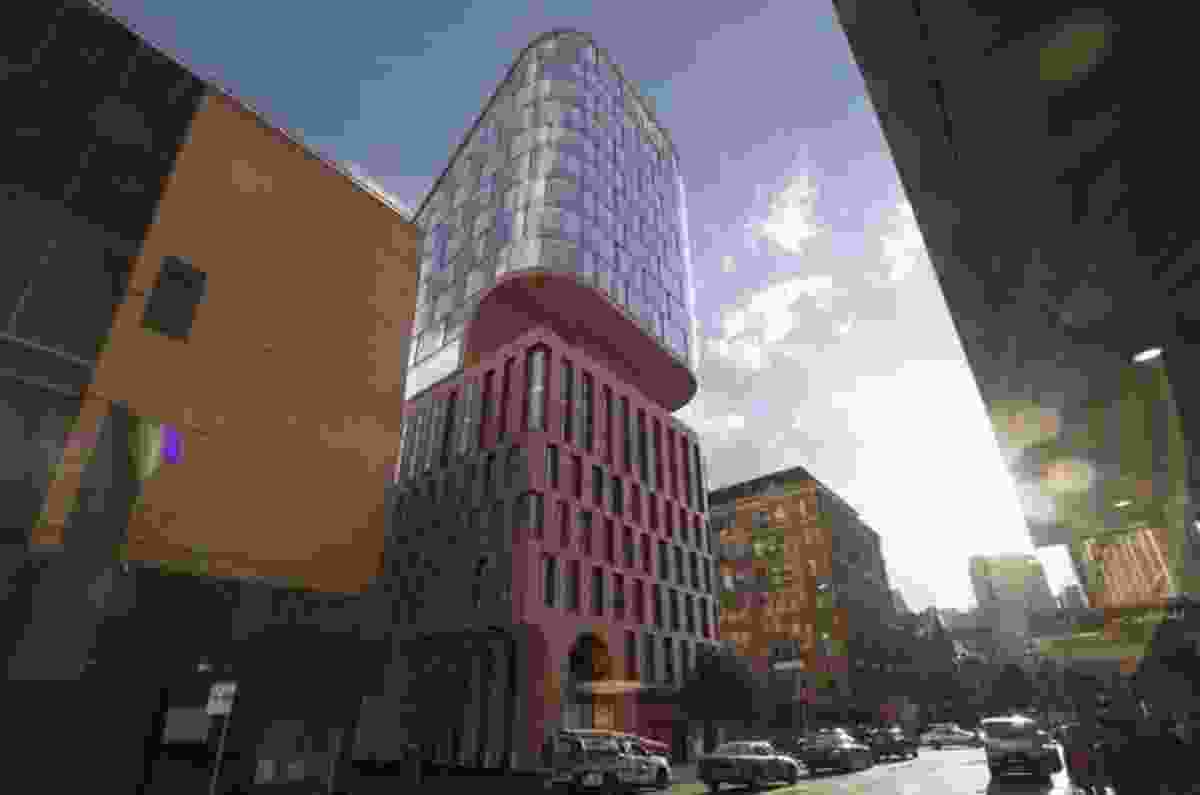