In adapting and updating an early 1980s house in Kew, Victoria, Richard Stampton Architects took as little away from the original as possible, capitalizing on its existing natural assets of northern light, garden views, and the texture and warmth of a brick and timber palette.

Windows have replaced a “heat wall” on the northern facade.

Upon entering this family home in the leafy Melbourne suburb of Kew, you mightn’t notice that a renovation has taken place at all – and that’s where the charm lies. The clients, Peter Seidel and Karen Czech, bought the house five years ago and were “taken by the initial feel of it.” The original house was designed by Godfrey and Spowers (now Spowers) in 1984. Responding to the client’s brief that the original aspects of the home shouldn’t become a “second cousin” to the new elements, architect Richard Stampton focused on making the most of the existing opportunities.

The project is made up of a series of subtle modifications that together create a warm and functional home that makes reference to late 1970s/early 1980s architecture, but which is suited to contemporary family life. Richard uses the example of Asplund’s law court extension in Stockholm to explain his approach to this project – the built heritage is preserved, while making way for new use. This is an alternative to the more common approach to a backyard extension, which involves clear articulation between old and new, or a “new box out the back.”

One of the key alterations was to the main kitchen and living area. Interested in sustainable architecture, the original architects built a double-skin brick wall on the northern facade with the intention of it functioning as a heat wall. A fireplace was also embedded into this wall, but the design failed to consider access to northern light. The new northern facade is now fully glazed, with views to the pool courtyard and the bushland beyond.

Before the clients decided to renovate, they replaced the overgrown English garden with an Australian indigenous garden, assisted by landscaper Robert Boyle. Glimpses into this landscaping are dotted throughout the house. In particular, the front garden is framed like a painting with a large, fixed picture window looking into the courtyard from the secondary living space. Ventilation is achieved via a Louis Kahn-inspired detail that Richard had developed for the Fitzroy Community School Creative Space, which he designed in association with Baracco and Wright Architects (Architecture Australia vol 100 no 5, Sept/Oct 2011, 49–54).

An interest in diagonal lines characterized the residential architecture of the 1970s, and is evident in this house in the triangle windows in the dining room and an angled floor plan. Richard has continued this theme by adding triangle skylights in the bathrooms and by resisting straightening out the planning. The new stainless steel kitchen bench sits at an angle to the pantry wall behind it, as well as to the adjacent exterior wall. This kitchen bench is a statement in the family room, and has a depth that allows the children of the house to spread out their homework.

The original plan had a granny flat designed into the front. This has been retained, and although this space can be separated from the rest of the house, it has been amended to become a flexible area that is also suited to day-to-day family activities. For example, a kitchenette has replaced a kitchen to provide more floor area. The kids’ pavilion is (as it was originally) zoned to the rear of the site, minimizing noise for elderly family members who may be staying in the granny flat at the front of the site.

Upstairs, a formal lounge room extends out to a deck with views to the city skyline. The project’s second stage will see this deck become an enclosed winter garden from which to enjoy the view. The lounge room has been refurbished; most notably the three smaller windows have been consolidated into one larger frame with a window seat. From this vantage point, the adults can supervise the children’s numerous pool parties.

It was the home’s thirty-year-old bathrooms that were the catalyst for this renovation project – tiles had started to fall off due to the wear and tear caused by having a family living in the house. The bathrooms have been completely redone, and a more contemporary aesthetic has been achieved here. The provision of natural light and fresh air to these spaces was paramount. Also, with the children’s love of pool parties in mind, one of the main bathrooms has been transformed into a public change room for guests.

Richard has been tireless in uncovering the potential of this home. The render has been removed to reveal the beautiful brickwork underneath, all paint has been stripped to uncover the timber window frames, and the timber parquetry has been extended throughout all the living spaces (slate has been removed). Where extra bricks were needed for the renovation, Richard went to great lengths to match the original brickwork – his client, Peter, notes that it was like detective work to find the right brick. Also, the dropped ceilings have been removed to reveal the materiality and structure of the roof. When combined, these design decisions are almost invisible.

This is a home that is about the family who lives in it, not the big, flashy ideas of the architect. The renovation has only added an extra square metre to the floor area, and all alterations work within the existing footprint of the house. The result is a home that is a perfect fit for a young family, but which retains the character and charm of the original architecture. 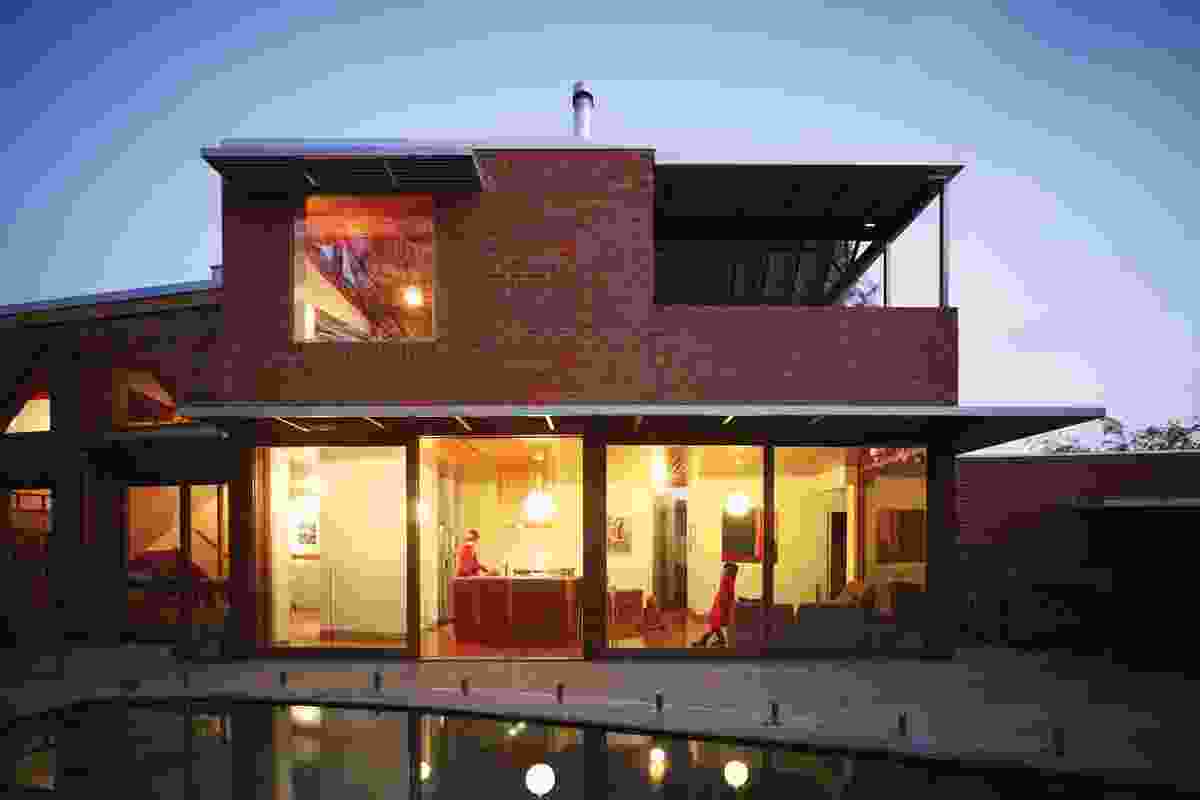 Windows have replaced a “heat wall” on the northern facade. 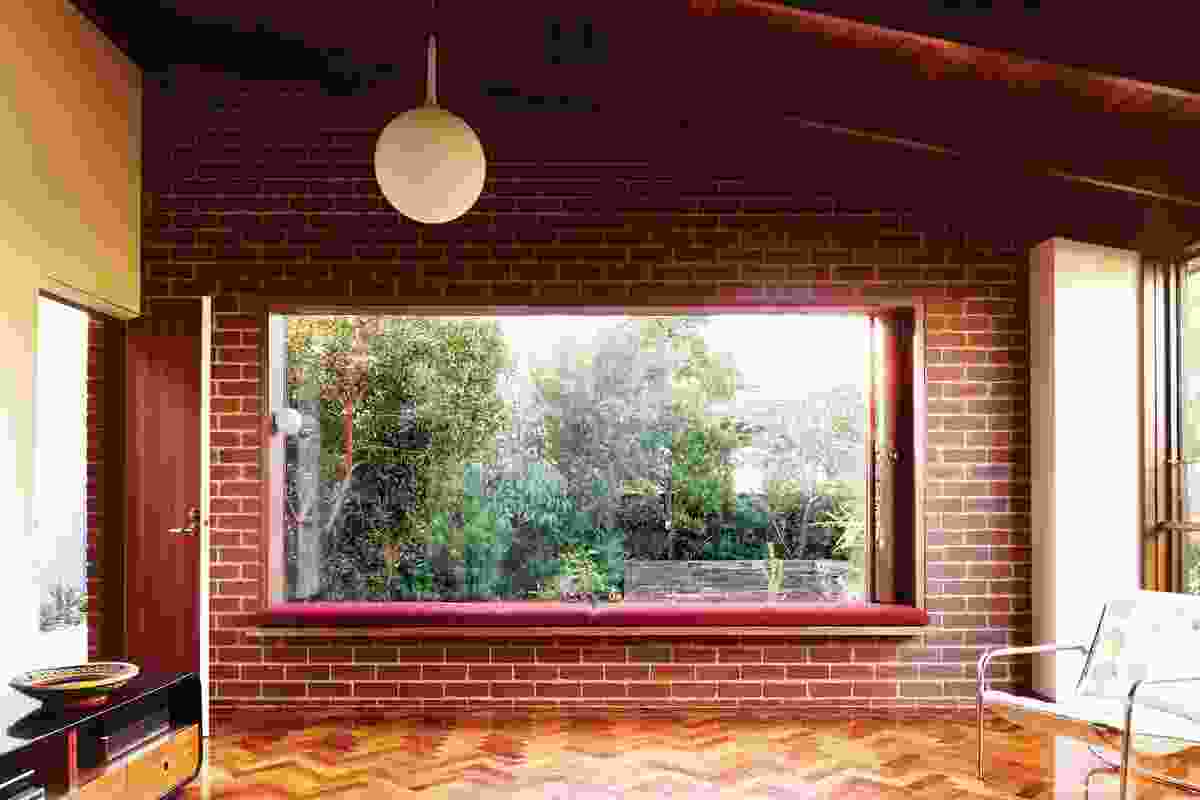 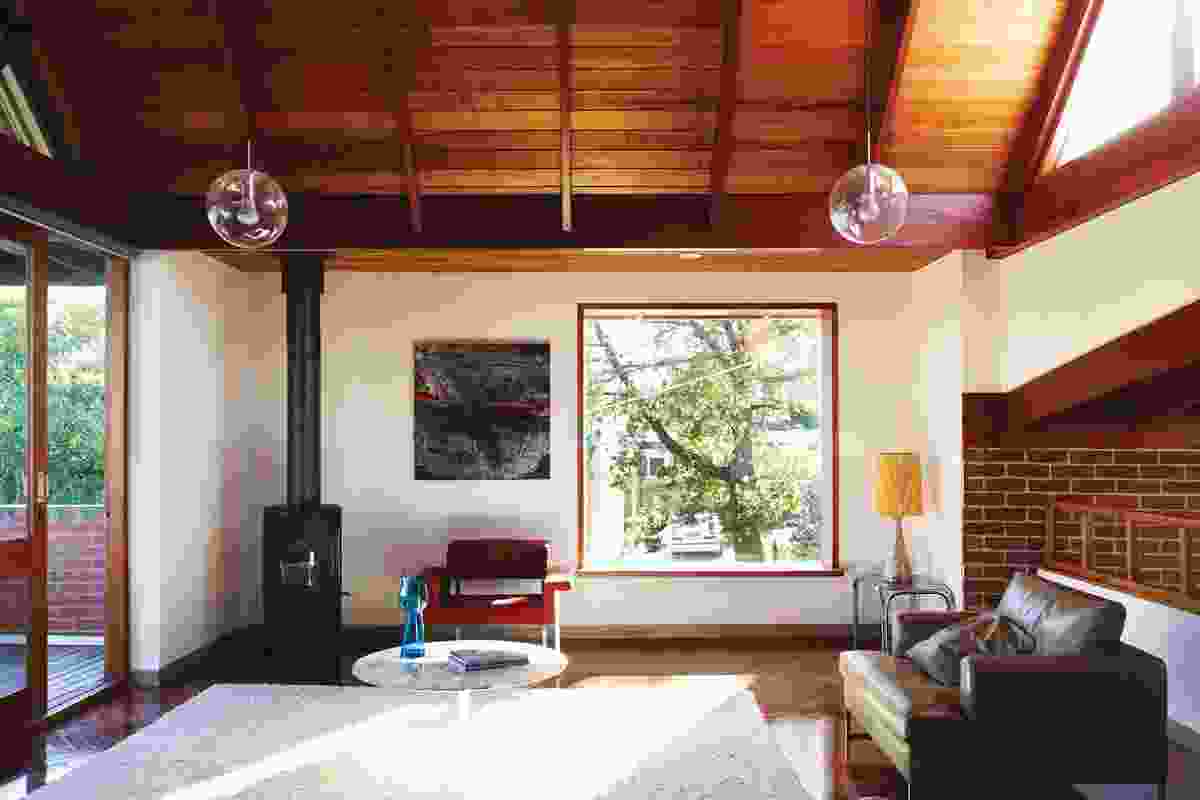 Three smaller windows have been consolidated into one larger frame. 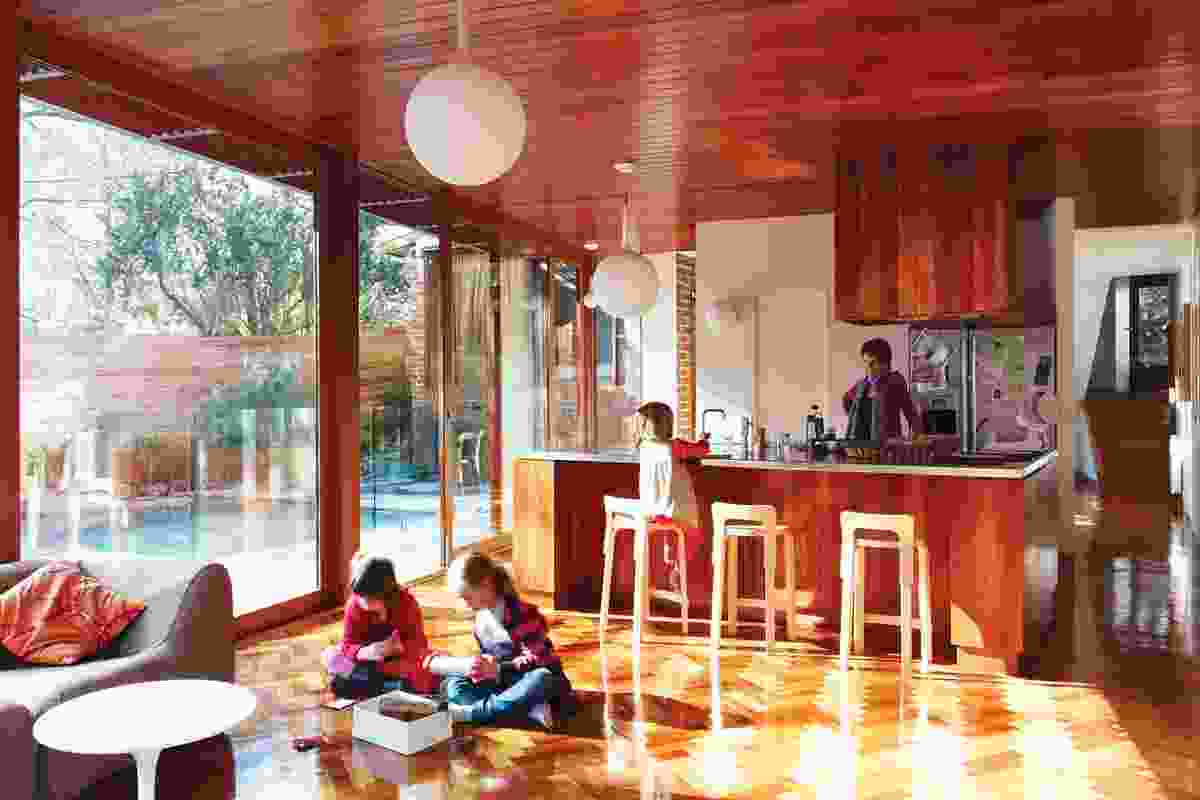 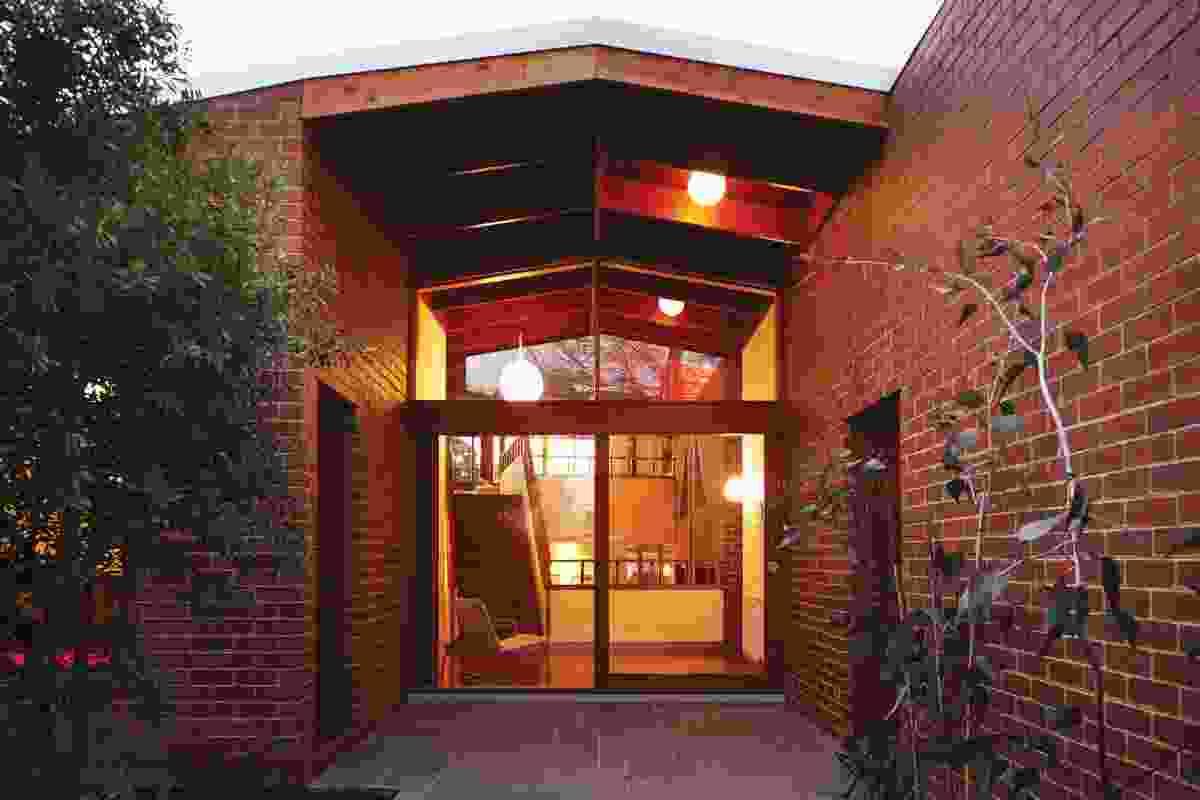 The entry is now more open and lighter. 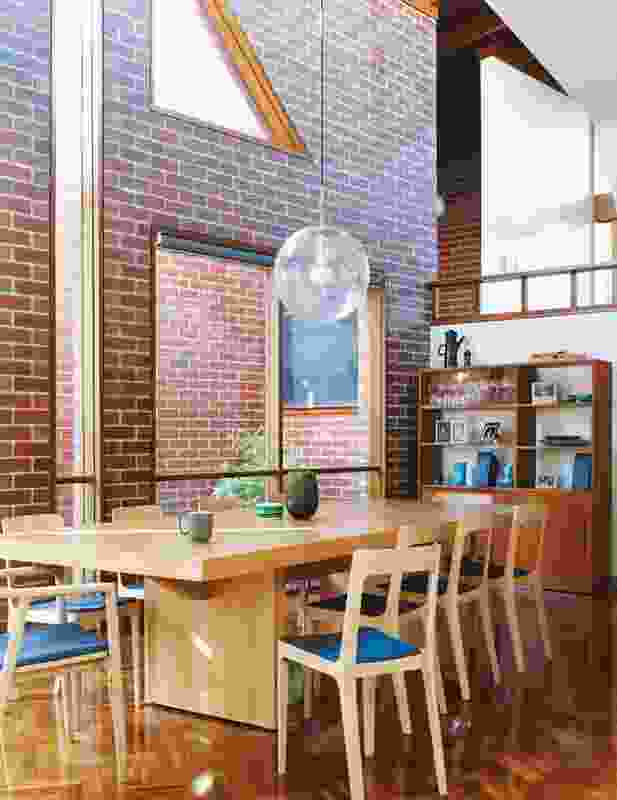 Almost everything in the house has been “touched” by the architect. 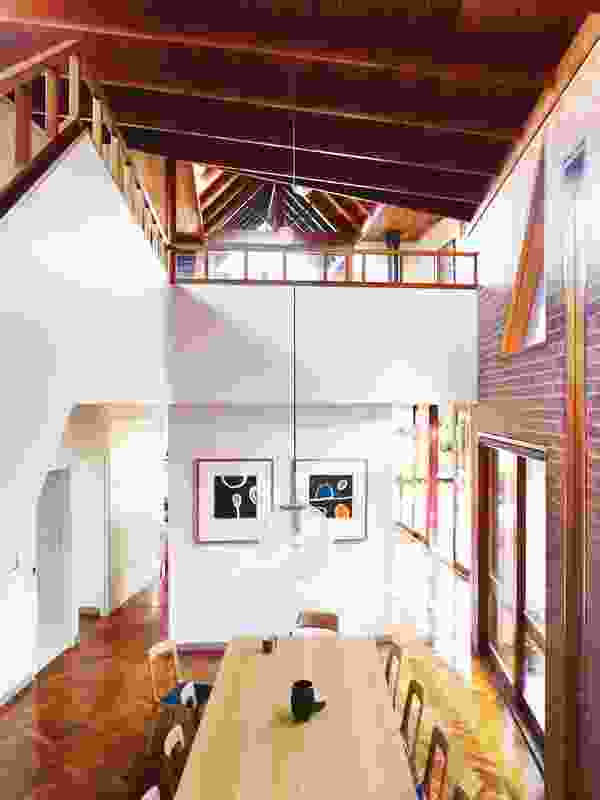 Privacy and views are balanced in the open-plan living areas. 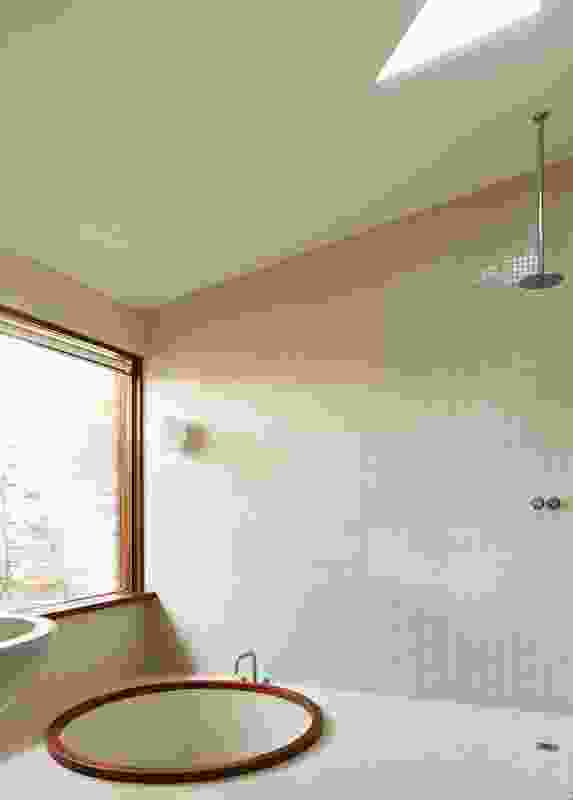 The upgraded bathrooms have increased natural light and ventilation.