Ricardo Flores and Eva Prats founded their Barcelona-based architectural practice, Flores & Prats, in 1998 with the goal of merging theory with building. Remarkably, in the 16 years since they have managed to achieve just this, juggling teaching positions all over the world with a remarkable built output focused particularly on public spaces. More recently, they have drawn attention for their social housing work, especially their Building 111 project, which explores how to facilitate communication and relationships through architecture; or, to put it literally, how to design a neighbourhood. Martyn Hook talks with the directors of Flores & Prats ahead of their appearance in Brisbane at Affirmative Architecture 2014.

Martyn Hook (MH): Terrassa 111 is a wonderful project of rich complexity. Could you describe how it started and how the occupants were involved in its design?

Flores & Plats (F&P): The 111 Building project is part of an urban plan drafted by the architect Manuel de Solà Morales. The plan defined the boundary between the city and a National Park. The program of the buildings was mainly social housing, but it also incorporated a small number of shops and houses combined with workshops – an unusual type in social housing programs. In 2004, when the plan was formed, de Solà proposed that the Terrassa City Council organize a competition to choose teams of architects who would propose innovative housing solutions. He also proposed a method in which, every three or four weeks, we would meet all the teams in the city council to discuss the progress of each team’s work. So we were aware of being part of a larger scheme: we were designing a neighbourhood.

In all this process we did not have contact with the future neighbours. In fact, we did not meet them until the building was completed. In Spain, social housing is directed to people with limited resources, or who for some reason are socially excluded. These people can rent or buy homes at less than the free market prices, but the allocation of housing is done once the buildings are complete, from a draw awarded to people who are registered in the city council. Families visit the homes and decide which one they want to live in, and if they do not like any they can decide to continue waiting for another draw, months later. This means that when designing social housing you do not know in advance which families would occupy them. For this reason, when we were designing the houses proposed in our building, we thought of a home in which we would like to live in, we imagined ourselves living there.

MH: Your process of producing architecture is very ‘old fashioned,’ with hand drawings and highly detailed models a critical part of the design process. Could you describe how your process evolved through working on such a large project?

We designed a big platform for social relationships, a central courtyard where people of diverse origins and cultures could meet and interact… The change of scale gave us the opportunity to investigate how people live collectively in a building.

F&P: We’re attentive to how people use the spaces we design, and we’re very focused on involving future occupants. This has changed with the 111 building. The responsibility was greater here: the challenge was to accommodate 111 families, giving them both privacy and relational spaces. But at the same time, this change of scale gave us the opportunity to organize many more grades of spaces that connect the city with the home. One of the attractive parts of the project was discovering the number of in-between scales modulating the passageways from one end of the building to another, using them as spaces to meet and gather, generating interaction among the neighbours, like a small town.

In the end, we designed a big platform for social relationships, a central courtyard where people of diverse origins and cultures could meet and interact. And at the same time, we have also provided a very open and continuous house, where everyone shares the daily housework with no gender differences, and with terraces where activities such as eating, reading, etc. could happen, becoming the area of exchange between the interior and the communal courtyard. The change of scale gave us the opportunity to investigate how people live collectively in a building, to offer them a home that provides privacy while encouraging them to socialize – to design a building able to create a community.

In essence, the method of thinking and definition of the project was similar to other projects in the office. The difference was in the production of the construction documents: the volume of work meant we had to organize a bigger team.

MH: Your website has wonderful videos exploring your models. Could you describe the context of the film ‘Meeting at the Building’? [See below]

F&P: The interest that we find in the movies is to try other techniques of explaining architecture. In the case of the web, the way we use animation films helps us to show the process of continuous reflection that underlines our work. The film ‘Meeting at the Building’ is a result of all the concerns and proposals that are in the 111 Building. It was a natural consequence of returning to the building after it was occupied and seeing what has happened. The film was a way to collect and record the relations created between the neighbours, which was one of the goals of the project. The filmmakers focused on the fact that the building was like a large house, with everyone meeting at the courtyard to gather and share their everyday preoccupations. They sought to reflect on just that aspect of the life of the building.

MH: Terrassa 111 is a large project for your office but also comes at a time of great austerity in the Catalan economy. Do you think provides time for reflection for Catalan architects, who have been so busy in recent years? Are you now looking for different types of projects, perhaps those that contribute more to society?

F&P: For us, to build is to reflect. In the entire period of our office, fifteen years of continuous design and building, there has been reflection. Indeed, for us, the built work gives us huge freedom of interpretation, and the data we extract from it over time continues to inform new projects. Our thoughts now continue with other types of buildings or works. We believe that the contribution to society today is in the recovery of older structures, in how to touch them without spoiling them, how to be able to incorporate them into the life of cities without losing their quality, to add them to the future ensemble to which they become a part of. For this work one needs time, and this moment of crisis allows us to reflect and investigate with more time the possibilities of these old buildings. 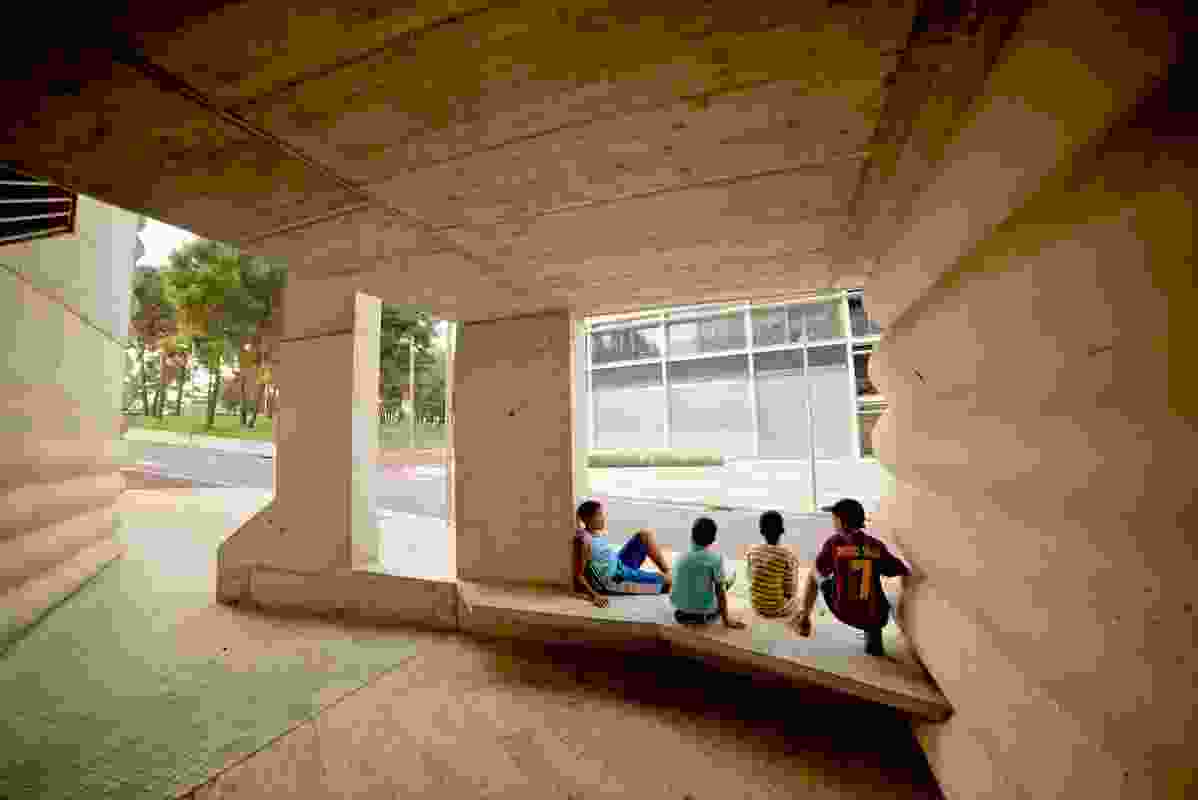 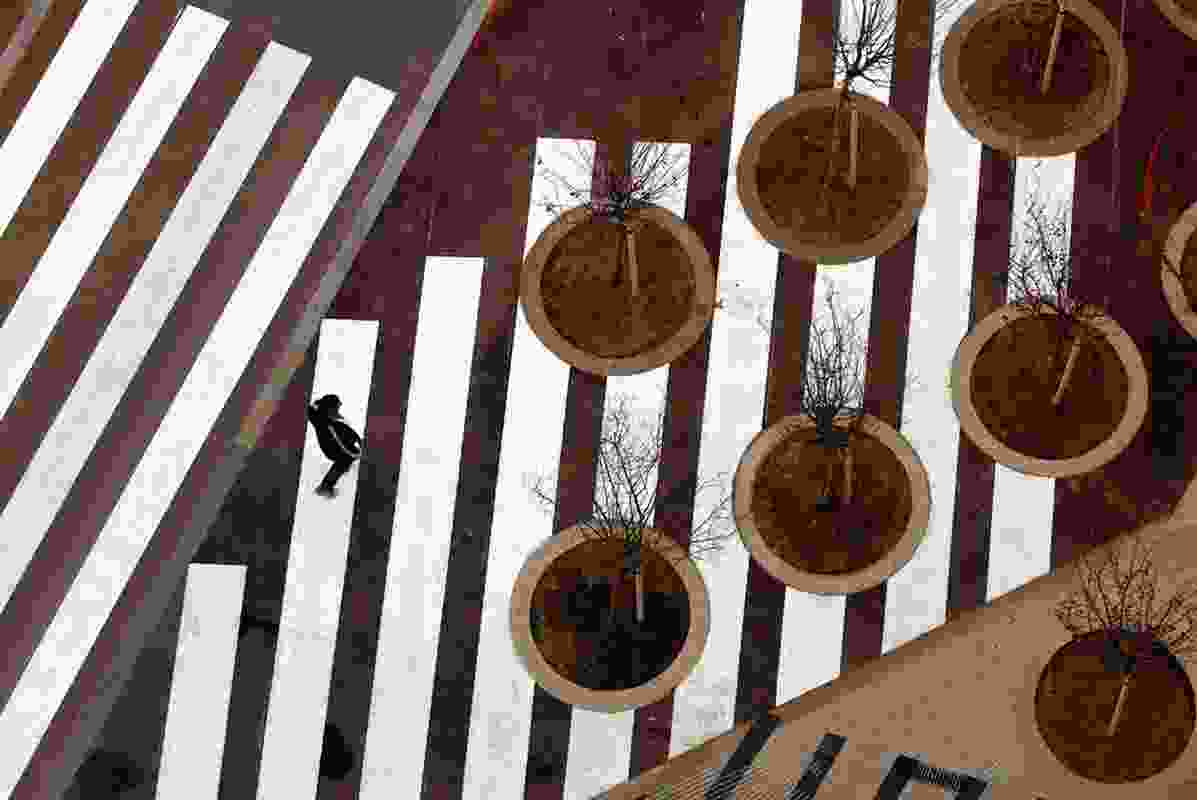 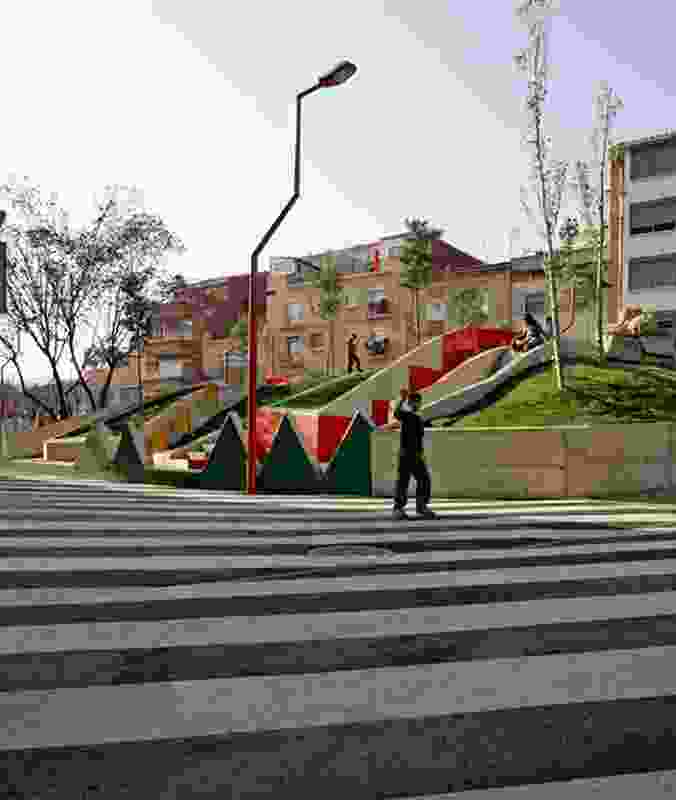